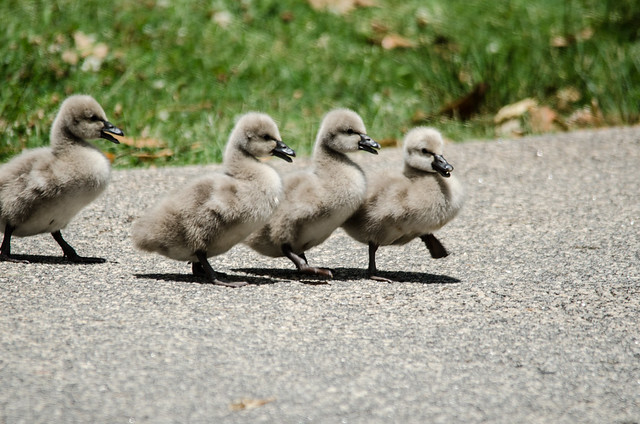 Well after that last “fat” revelation, I figured it’s time for more photography. Life can’t be spent entirely in the gym, so it was time to get out and take some pictures.

I headed up to Furman (where I joined Laura for a low calorie lunch), and we decided to walk down to the lake. There were reports of new baby swans, so I carried my long lens. We didn’t see the swans at first, but I decided to use the lens with its narrow depth of field to take some photos of the flowers in bloom around the student center and bookstore. 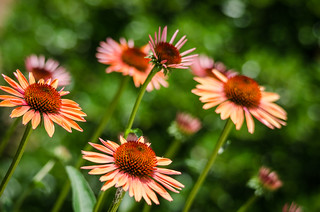 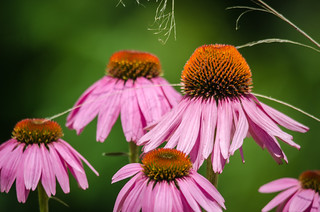 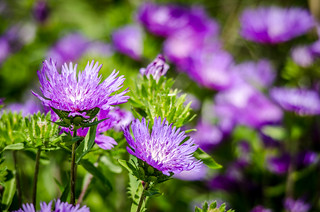 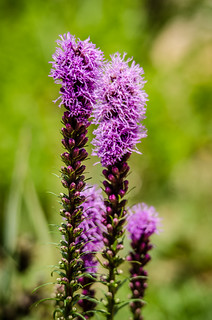 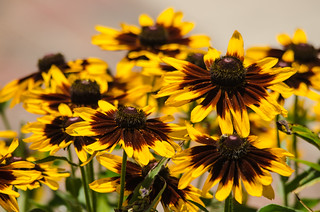 There were several turtles out sunning themselves. I also took an obligatory Bell Tower shot. However, it was a bit too hot to hang about. 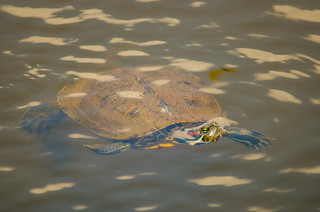 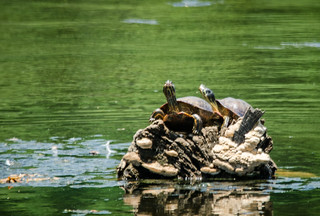 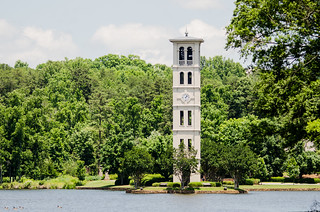 Laura had to get back to lab, but I was determined to find the cygnets. I headed to the back of the lake on the end near the across from the bookstore, and there I found the black swans as well as a huge flock of Canada geese. 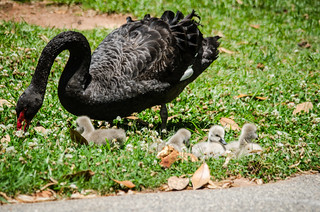 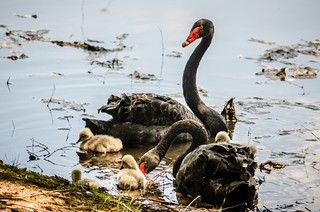 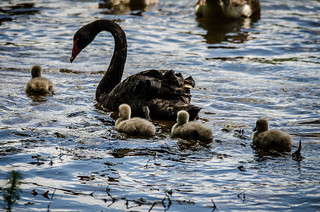 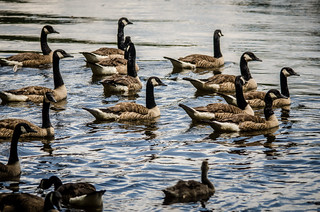 Both the geese and the swans seemed to be acclimated to human presence. I guess they’ve been fed, despite signs appealing to the contrary. I was able to get quiet close for some shots, and the temptation was to just keep snapping away. However, it was time to let them be.

I left Furman and on an impulse headed up Paris Mountain. It always astounds me how much development is going on along Altmont Road. I guess everyone wants a view. I turned onto the little spur road leading up to the towers. There I found a horrendous amount of graffiti covering every building. There were layers upon layers of it, and I wondered if nothing could be done to prevent this. I didn’t take photos; I was too disgusted.

I did, however, take the long zoom lens and point it toward downtown Greenville. 500mm really brings it much closer. Of course, there was a blue haze over everything. I took a series of six photographs covering the downtown area, then stitched them into a panorama in Photoshop. I also ran a series of filters to eliminate some of the blue haze. The image is below, but please click on it to see a larger version with more detail.

Back home I started preparing my boat for an upcoming kayaking trip. I had been to Sunrift Adventures earlier and had purchased a bolt to mount my GoPro to the kayak. I successfully bolted the GoPro mount to the kayak. Now I don’t have to worry about adhesive coming loose. I lost one camera that way, and almost lost one on the trip to Florida. We’ll see if this works.

One last thing – As I was uploading my Furman Lake photos I noticed that they were all fairly low resolution. Apparently I had it set that way in Lightroom for a specific project, and forgot to change it back. I was able to correct the Furman photos, but I began to wonder how long I’d had it that way. Turns out that ALL of my Florida photos were at low resolution. They’re OK for web, but not for archive. Rather than replace all of those photos on Flickr I just uploaded new high resolution version of the same ones. The titles don’t match, but I think it will be OK. About 183 photos were affected.