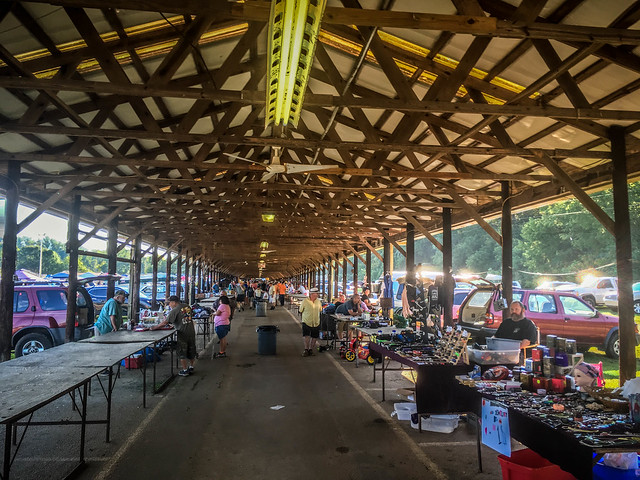 I’d only been away a year and I grew up here, but I was still suffering from culture shock. I’d gotten used to certain things in the Pacific Northwest and found some things (mostly behaviors) either odd or downright irritating. I decided what I needed was a full cultural immersion, so on Wednesday morning I headed to the Pickens Flea Market.

Getting settled back in hasn’t been as easy as I thought. It’s been especially difficult because [Disparaging comments about observed southern behavior and frustrations with customer service redacted at this point. Bless their hearts, we’ll just leave it at that and move along.]

I had another reason for going to the Pickens Flea Market. This was the first market since Robert Perry’s passing and I was curious as to what was happening with the musician’s circle. I only had a guitar, my melodica, and tin whistles. I packed the guitar and melodica, but my plan was to leave them in the car until I scoped out the situation.

It was going to be hot so I got an early start. I made the trek over to Pickens and found parking in a shaded area. As planned, I left the instruments in the car and headed on in.

It was 8:30 and the market was in full swing. I encountered several people on their way out, purchases already in hand. I wandered over to the musicians circle and found that it was NOT in full swing. There were only a couple of folks hanging out. I decided to explore a bit.

Things had not changed much in the year I’ve been away. 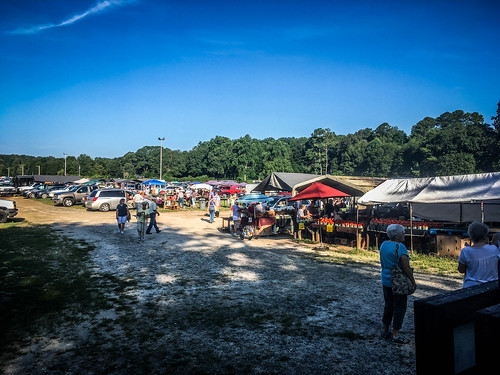 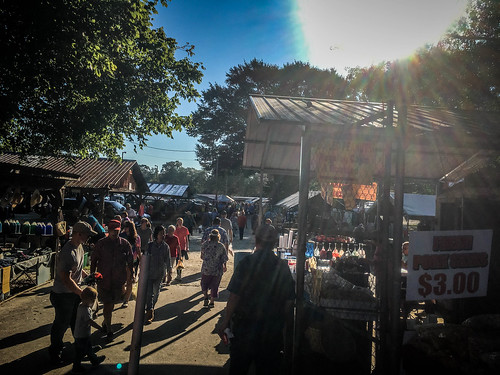 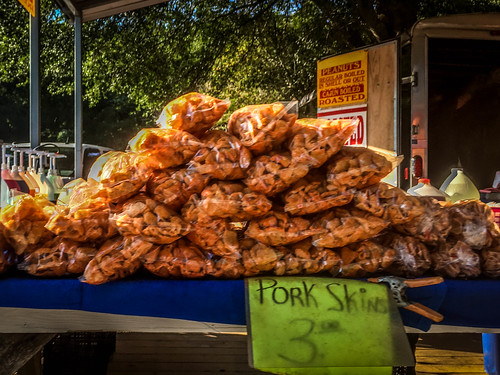 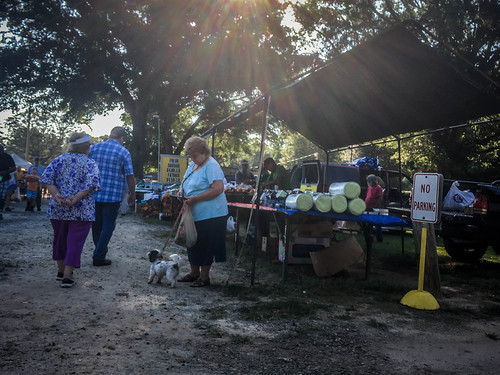 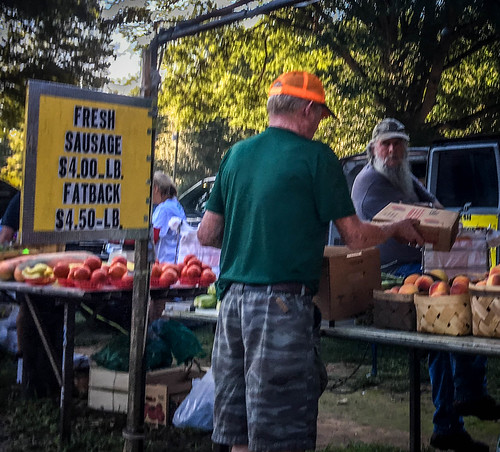 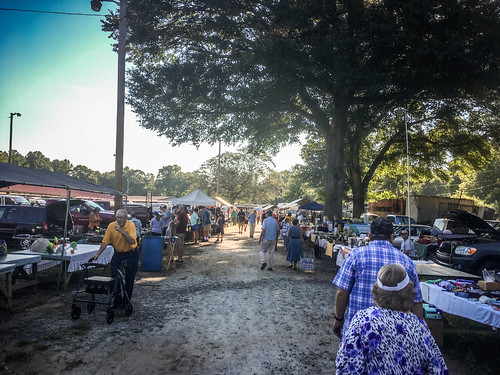 Given the present political climate I wasn’t sure what to expect. Fortunately, there was only one overt booth catering to the Trumpanzees. There were some other products here and there, but for the most part it was still the same antiques and second hand merchandise that always seems to show up here. 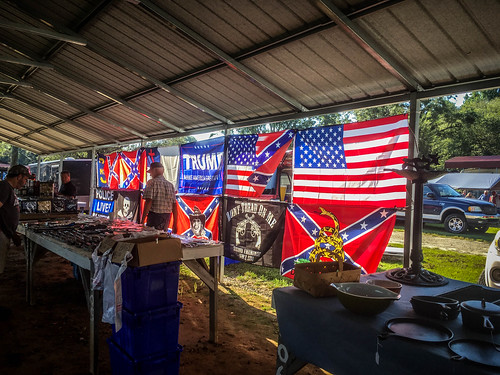 I saw several booths with musical instruments. Most I passed without much interest. I spotted an accordion in pretty rotten shape. It wasn’t nearly as good as the one I got from Linda McDaniel and they wanted $300 for this thing. I got a real bargain with mine. 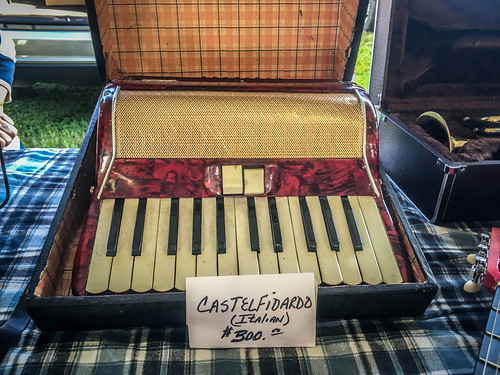 I did make one purchase. A guy had a basic kayak paddle that I bought off of him for $10. I thought it would be a good spare until my other paddles arrive with our shipping crate. I later found out that this model sells for $15 at Walmart, so it wasn’t a great savings, but $5 is $5.

I made my way back to the musicians circle and things were starting to get underway. 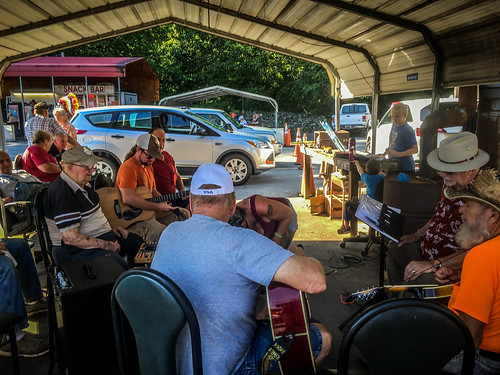 I saw Robert’s girlfriend, Sharon, talking to someone in full Native American garb. He had a framed photo of Robert that he placed near where Robert always played his washtub bass. 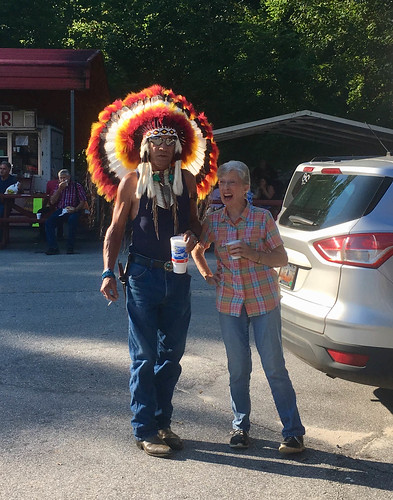 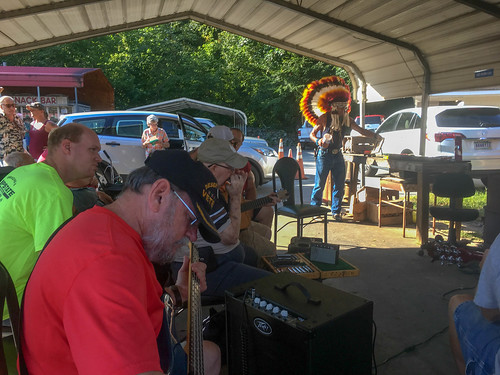 Sharon gave me a hug and we chatted for a bit. Soon the group started playing. I though about going for my instruments but I just didn’t feel like sitting in with them. I did record a bit of video.

As I was leaving I spoke with Robert’s daughter, Kat. She had Robert’s beloved dog, Black Jack, and she told me how Black Jack had even participated in the funeral. 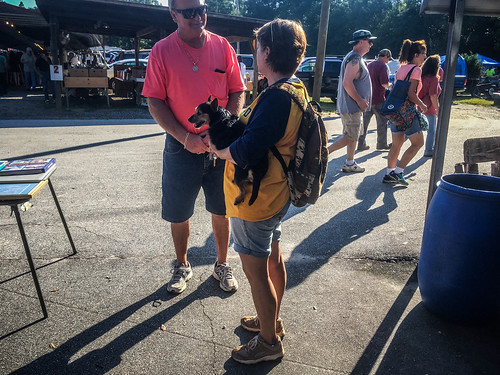 We were both walking away at the same time so I asked her what was going to happen with the music at Perryville. She said that there was still family living on the farm. Instead of every Monday night they would hold the music monthly on the first Monday night of the month. I didn’t ask about the flea market, but it looked like there were enough participating to keep it going. I might have to rejoin them the next time I’m out this way. I’ll just have to decide which instrument to bring. I wonder if they would appreciate a djembe? 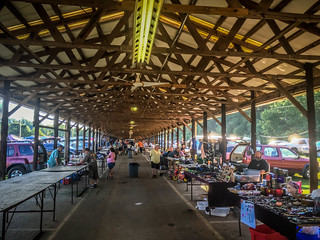