First, a bit about architecture…

Greek Revival and Classical Revival (Neoclassical) Styles have similar features. The word “revival” means these styles were introduced, fell out of favor, then came back, in much the same was that fashions tend to recycle. Both styles feature a prominent low front-facing gable, or pediment, supported by columns that extend the height of the building. 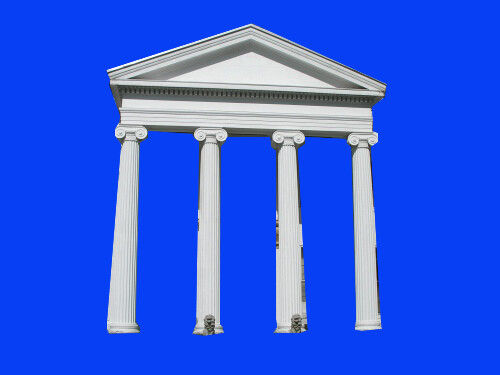 The style is reminiscent of buildings such as the Acropolis, hence, “Greek” Revival.

Greek Revival buildings tend to stick closer to the design of the Acropolis. The narrow part of the building faces the front. Many Baptist and Methodist churches are excellent examples of this style. 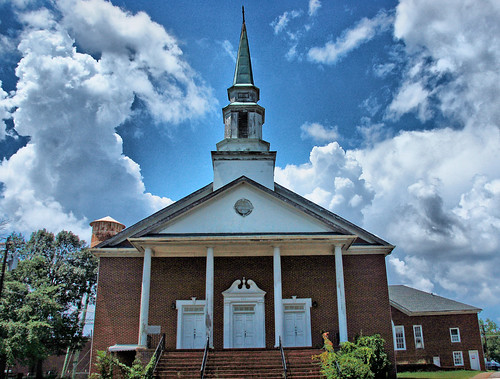 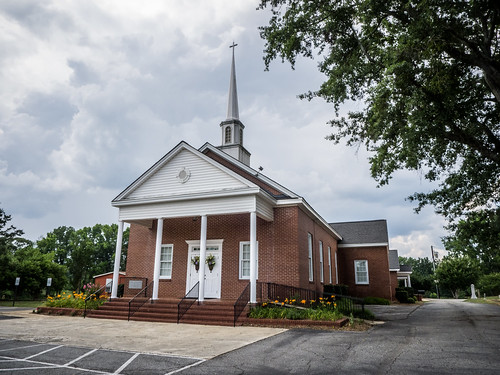 Classical Revival is actually a modification of Greek Revival. While the Classical Style has a prominent front gable and columns, the long part of the building often faces forward, and the gable extends from the front. The style is marked by symmetry, and Classical Revival buildings often have flanking wings. Monticello is a good example of this style. 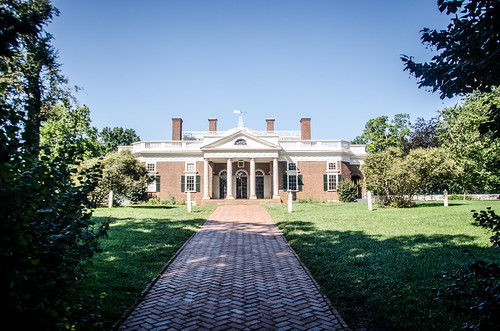 The roof is often hipped, in contrast to the prominent front gable.

These are, of course, generalities from a non-architect. There are lots of other subtle features of each style. However, these definitions will work for our purposes.

Now back to the schools…

Many public buildings such as court houses and other government buildings used Greek and Classical designs. This might have been in reflection of Jeffersonian ideals of democracy. That’s the Wikipedia reasoning. I think it was just because it made for a nice, imposing building.

This held true for schools. In the early 1900s many of the state’s rural schools were being consolidated into larger town and city schools. A bigger building with an impressive entrance must mean great opportunities for education. I found multiple examples in the School Insurance Photos that look very much like the Gray Court School. Here are a few…

Compare that one to the one below:


There are many more examples from the archives, but I decided not to post ALL of them here.

Interestingly enough, the Gray Court school didn’t always look like this. In the early 1900s the preference was far a simple square two story structure. Here are a couple of other examples. Below are Little Rock School and Todds School:

The community of Barksdale, only four miles down the road, had a similar structure. Edens School just outside of Dials on Fairview Road had a tall gable and pediment, but was mostly wood.


These schools were closed and consolidated into the Gray Court school. As a result, Gray Court was expanded with flanking wings for the high school and an auditorium. The new additions were built in the Classical Revival style, and the central building was retrofitted with a gable and columns to match. 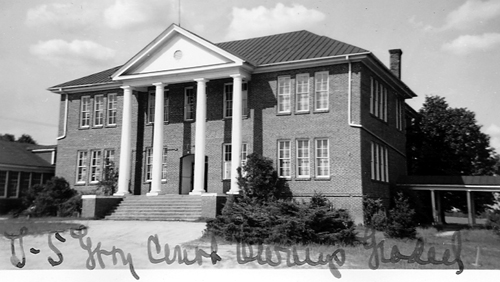 …and that’s pretty much the way the school looks today. Laurens District 55 has managed to expand and modernize the school in such a way that the classical architecture has been preserved. For this reason, the school remains on the National Register of Historic Places, even though there have been substantial additions over the years.

Of course, these grand, imposing edifices were only for White students in South Carolina. Comparing these schools with those labeled “colored” in the archives provides a stark contrast. Separate was anything but equal.