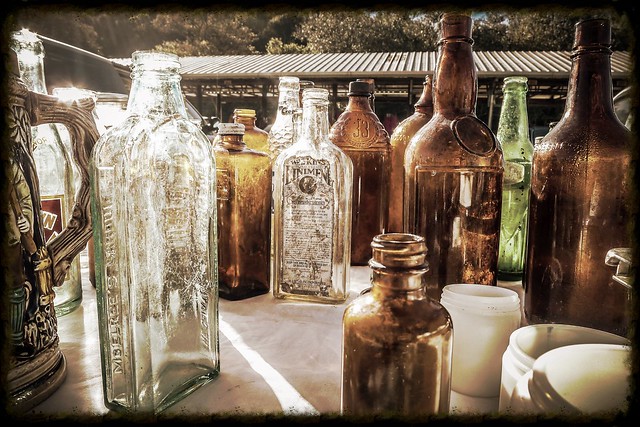 With all of the rain that we had gotten over the past couple of days I figured the local waterfalls must be running at maximum. In fact, I’d already seen photos on Facebook of Reedy Falls with tremendous amounts of water. I decided to check it out.

By the time I got to the falls the water levels were down, but the falls were still impressive. 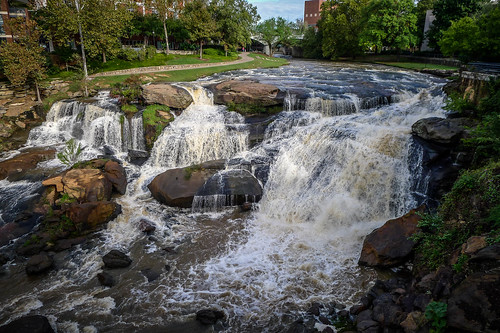 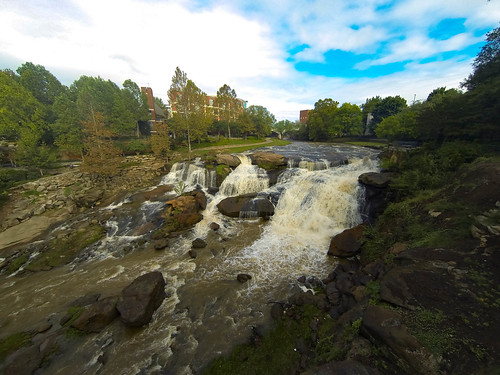 If this waterfall had more water, then perhaps others would, too. I headed up Highway 276, not quite sure where I was going to wind up. First stop was Wildcat Wayside. There was a good bit of water in the stream, but nothing spectacular. I used a neutral density filter to slow down the exposure. 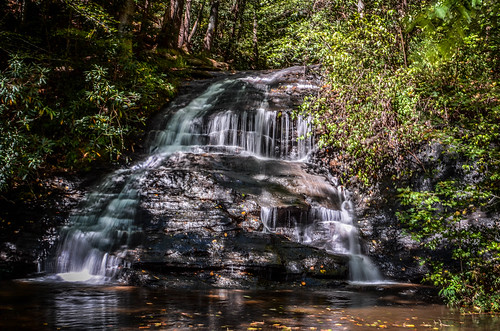 I decided to head further into the mountains. I thought I might have enough time to check out Reedy Cove Falls, aka Twin Falls. I drove up Highway 11 then turned north onto Highway 178. At Bob’s Place I turn down the road that leads down to the valley with the falls.

I arrived at the parking lot and there were a couple of other folks there. I made the short hike up to the falls themselves. I used my 28mm prime lens with an ND8 filter on my big Nikon, and took my Panasonic for wider angle shots. 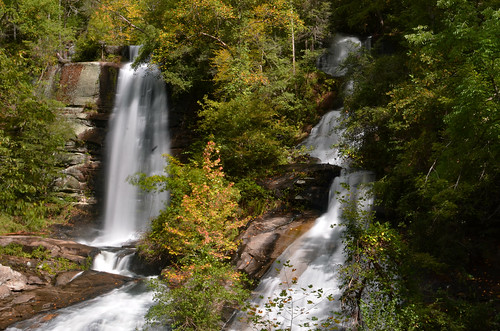 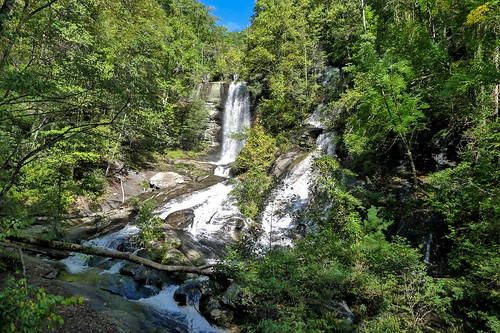 The flow was good, but only a bit higher than normal. It wasn’t at flood stage, which was probably a good thing with me standing near the base.

I made my way back. I had to stop at Bob’s for a couple of photos. One of these days I’m going to work up the nerve to stop for a beer. 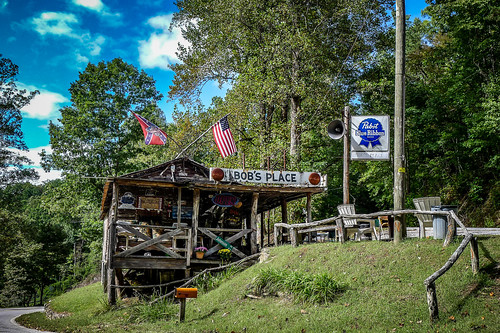 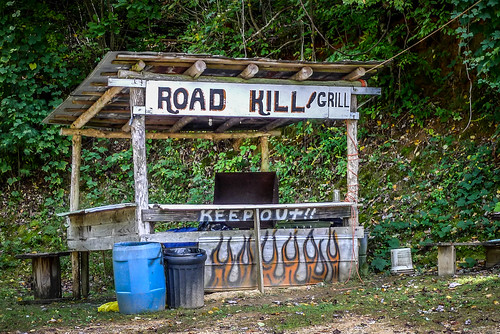 Since the weather was so fantastic, and since I hadn’t been in awhile, I decided to head over to the Pickens Flea Market. Even with an early start, though, traffic from Greenville to Pickens on Highway 183 was terrible. However, around the flea market itself it wasn’t so bad.

I got started at 8:00 and began browsing the booths. Apart from my phone, the only camera I brought with me was my little Panasonic. To be honest, I thought I had already photographed this place to death, and planned just to leave it in my backpack. However, as various bits of trinkets were illuminated by the early morning light, I just had to pull out the camera and start taking photos. 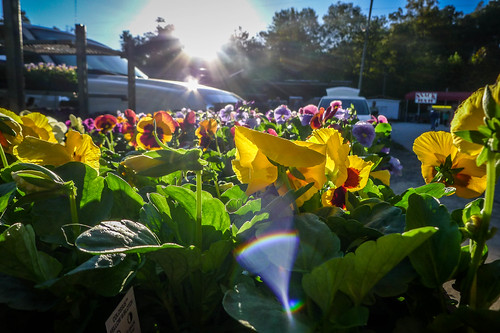 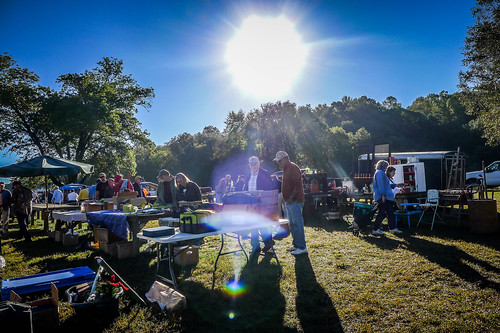 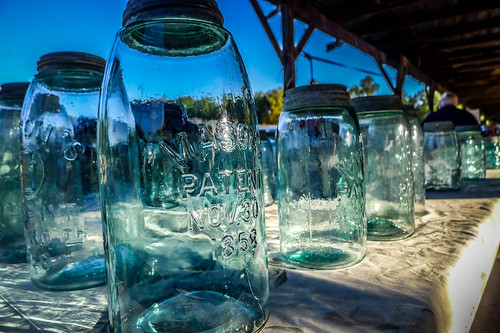 As always, I’m fascinated by the people. Flea markets offer the best opportunities for street photography. This one fellow had a world class mustache. 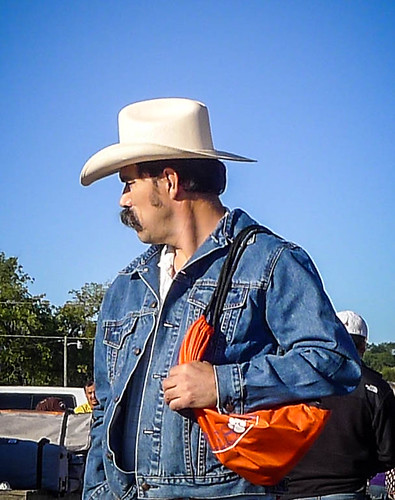 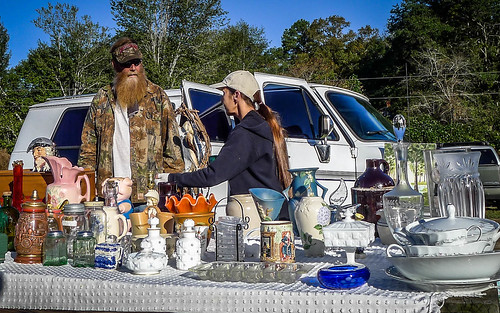 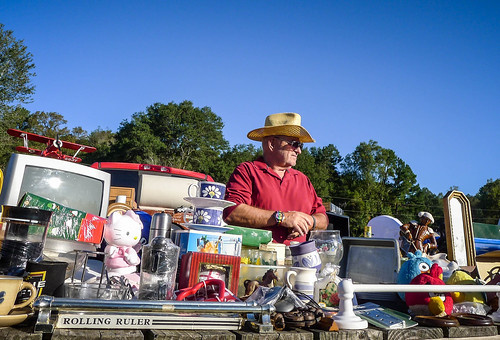 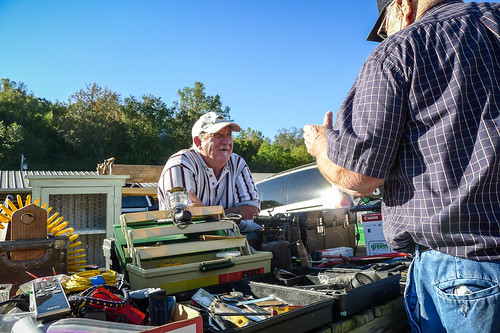 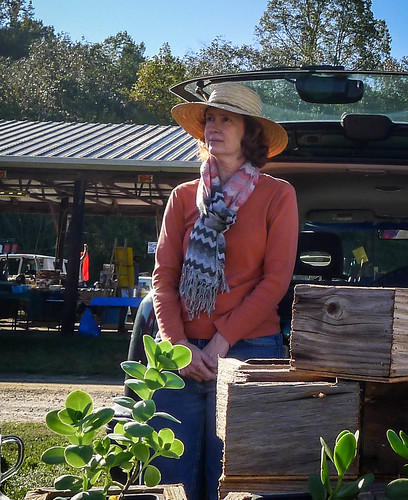 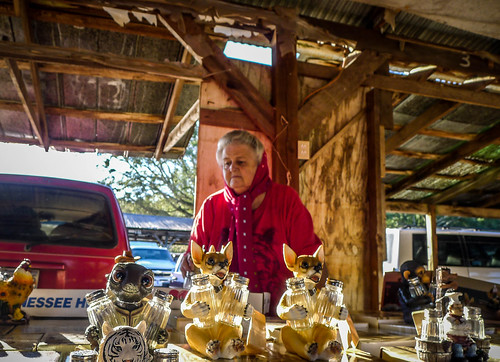 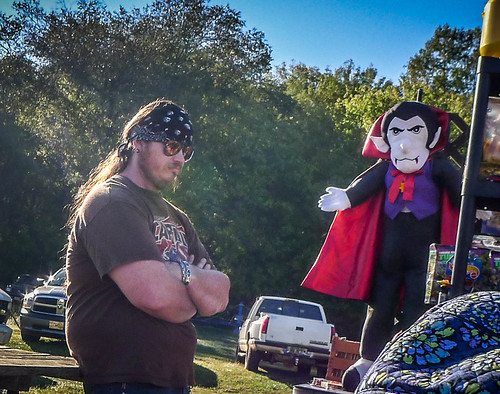 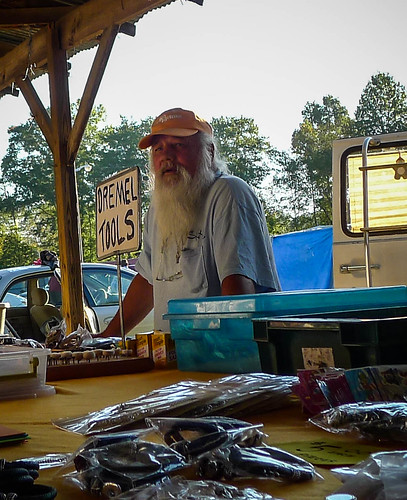 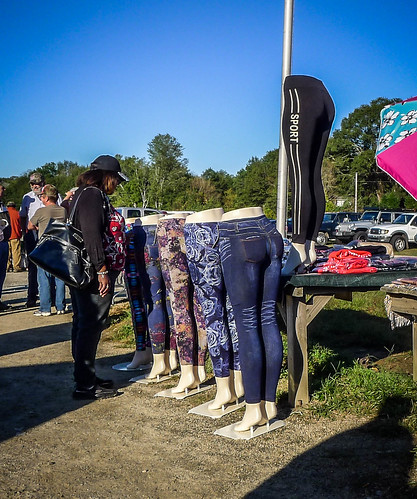 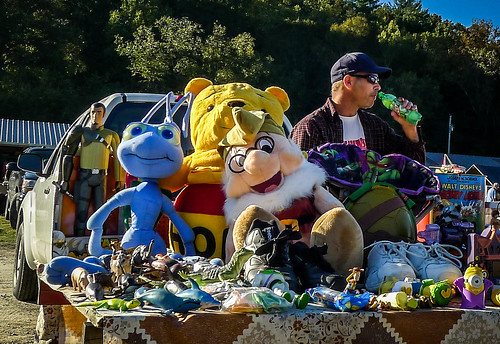 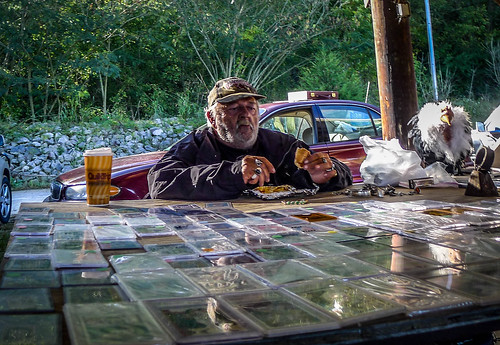 As usual, many of these were spreading various messages, in addition to trying to earn a few bucks. 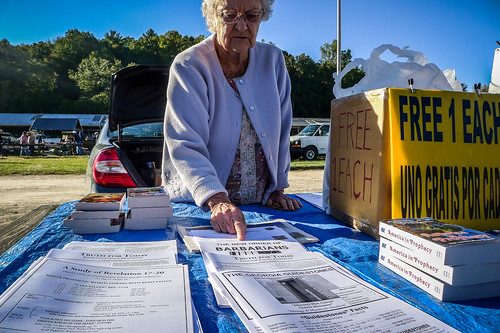 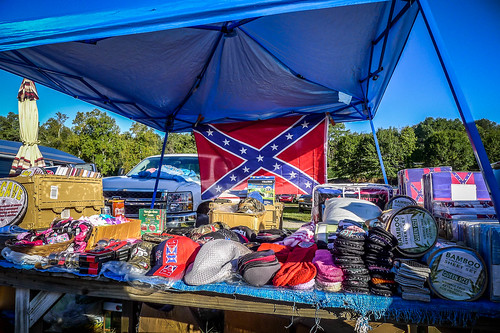 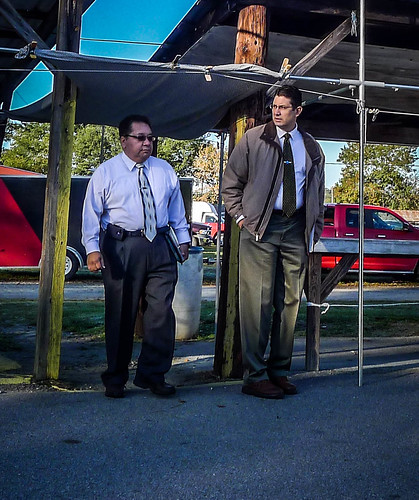 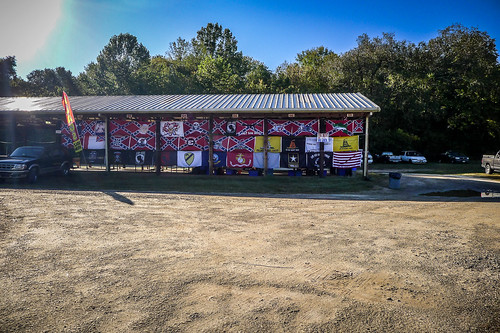 When I visit I often have a goal in mind. This time I was keeping my eyes open for vintage post cards, particularly from South Carolina. I was also hoping for a few old vintage photo albums. Alas, none of those were to be found this time. That’s not to say that I didn’t find some good deals. I bought one antique hymnal, a couple of lens filters, all of which set me back $4.

The real find, though, was a tenor recorder. This was a plastic model made by Aulos, but for $10 it was quite a steal. I didn’t even haggle. I’m quickly completing my set. I now have a sopranino, soprano, alto, and now a tenor recorder. I’d love to find a bass sometime. 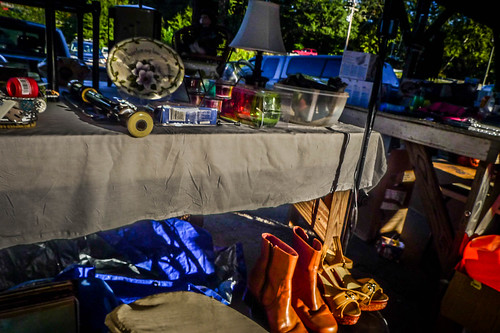 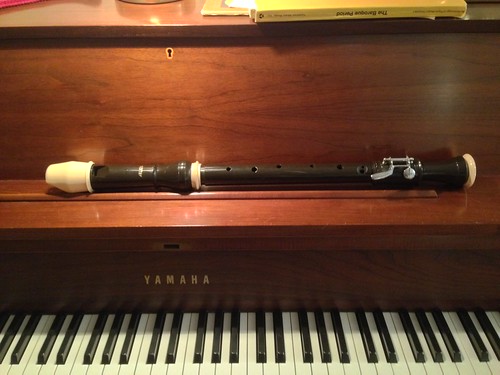