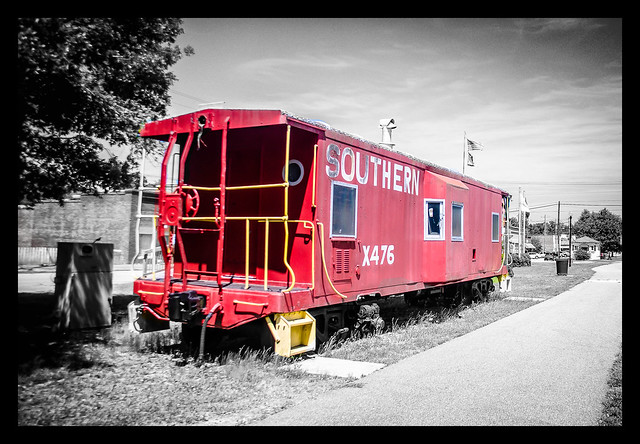 When folks in this area hear the phrase “Swamp Rabbit Railroad”, they probably think of the Swamp Rabbit Trail, which has garnered so many accolades. Use of the name has been growing as the moniker “Swamp Rabbit” has been taken by many new businesses, usually those located along the trail on the old railway. The trail has gotten so popular that even the local pro hockey team changed their name from Road Warriors to the Greenville Swamp Rabbits.

As most Greenvillians know, the trail was named for the former Greenville and Northern Railroad, nicknamed the Swamp Rabbit because its route took it through the wetlands of the upper Reedy River. However, the lowly sylvilagus aquaticus lent its name to not one, but two railroads in South Carolina. The former Blackville, Alston, and Newberry line was also known as the Swamp Rabbit, and ran through the wetlands of the North Edisto River from Blackville in Barnwell County to the ghost town of Seivern in Lexington County. The first Sunday in May I set out to see what I could find of this other Swamp Rabbit Railroad.