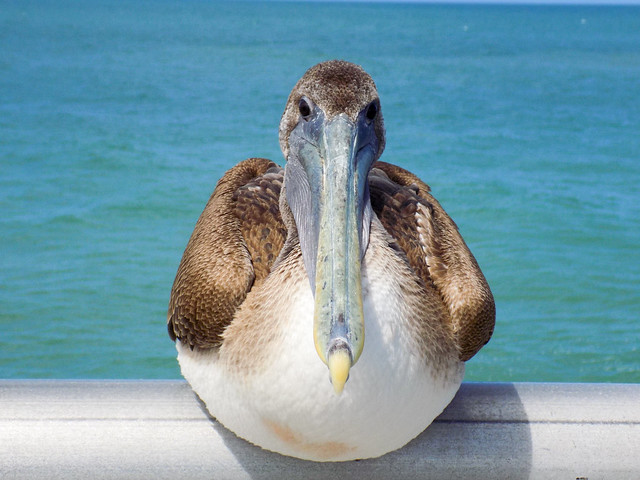 This week is Spring Break for Furman. Spring Break doesn’t have much meaning for me since I’m now retired, but Laura has had a busy term now that she’s chair of Furman’s Chemistry Department. She needed the break, and wanted to check in with her mom, so we headed down to her sister’s house in Florida. Of course, this happened with a car loaded down with camera gear, paddling gear, and my favorite kayak strapped to the roof.

The trip down on Saturday was uneventful. There were lots of other spring breakers headed south, including some from Furman. I think one spotted my FU on the side of my kayak (which stands for Furman University, and not any other perceived meaning) and gave me a thumbs up. It was also bike week in Daytona, so we passed LOTS of bikers. 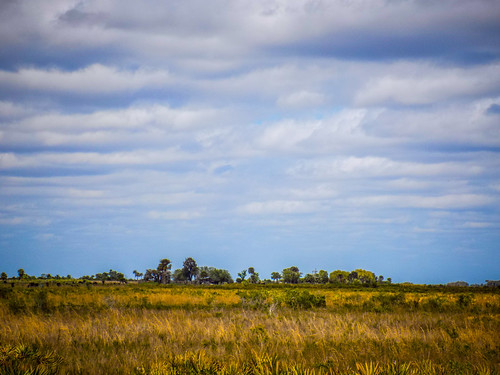 Sunday there was a small craft advisory out on the Indian River, so I decided against a paddling trip. Instead, we loaded the family into the car and drove across to Kissimmee Prairie.

The road out to the prairie has got to be one of the straightest I’ve seen. Orange Avenue goes for miles due west from Fort Pierce toward Lake Okeechobee until it intersects with US 441. A brief jog north, then we continue our westward trek on another, shorter stretch of straight road.

The picnic table at the entrance to the park was available, so we pulled in. I set up the GoPro to do a time lapse of the clouds rolling by while we had lunch. After lunch Amy pulled out her kits and we tried to fly them in the variable wind.

We drove on into the park. Along the way we spotted a rare caracara bird. A lone deer lingered just off of the dirt access road. 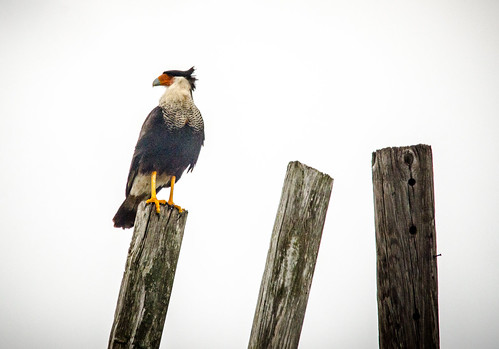 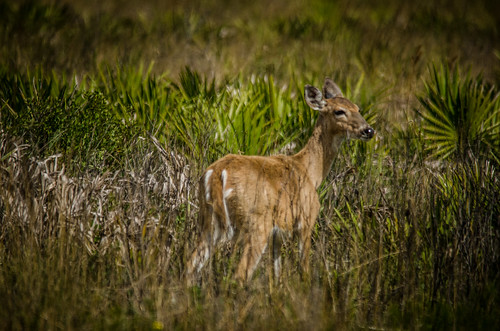 We found a place to park in the shade and continued on foot on up to a wetlands area. We saw herons, harrier hawks, and red wing blackbirds, but no gators. 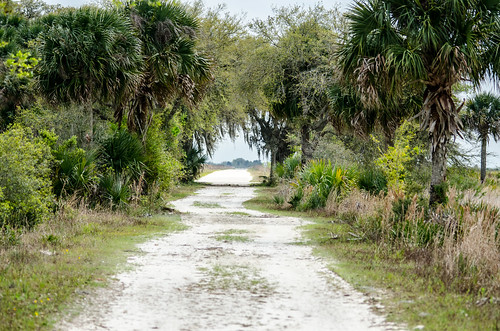 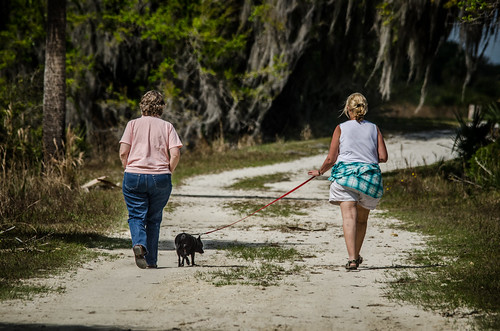 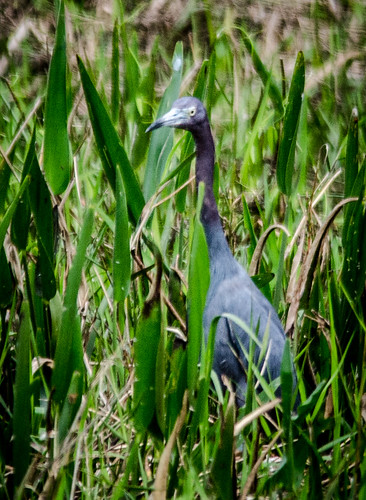 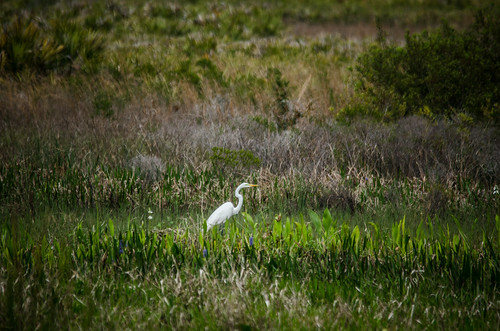 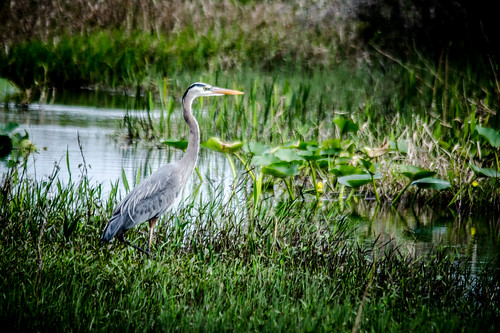 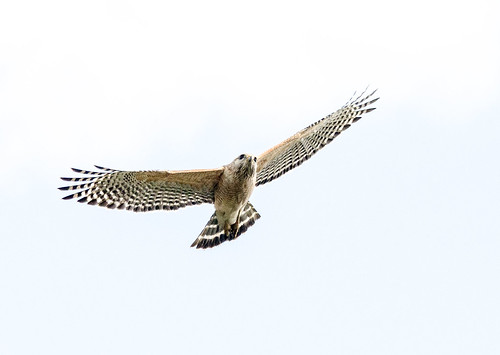 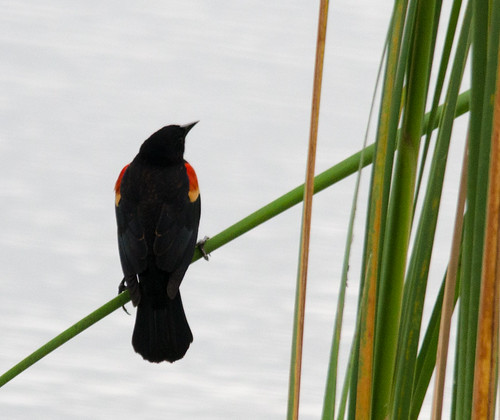 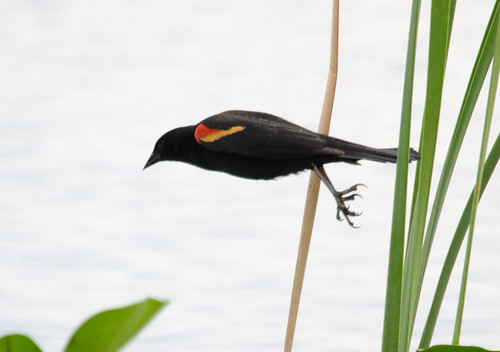 We rode on into the campground area and walked a little ways, then headed on back. Amy spotted a couple of wild orchids out in the scrub pines. There were also a few unidentified purple flowers that caught her eye. For me, it’s always the wide expanses of the prairie with the amazing cloud cover. 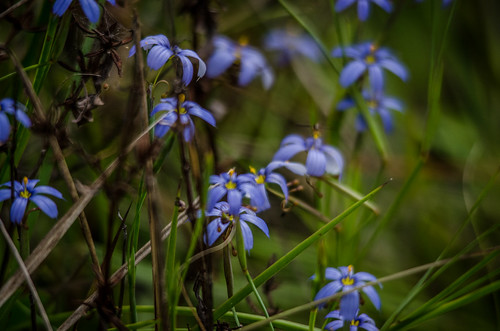 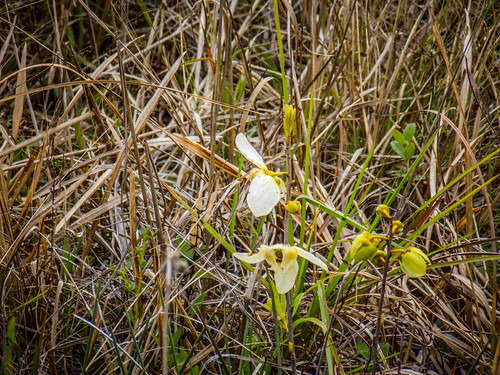 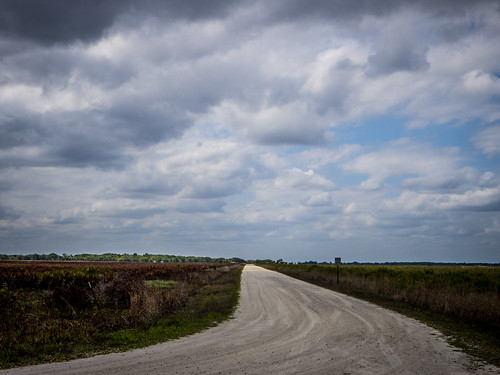 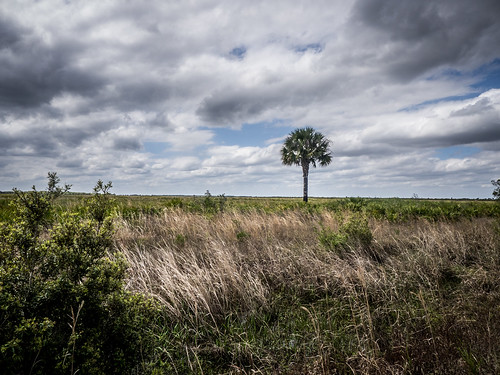 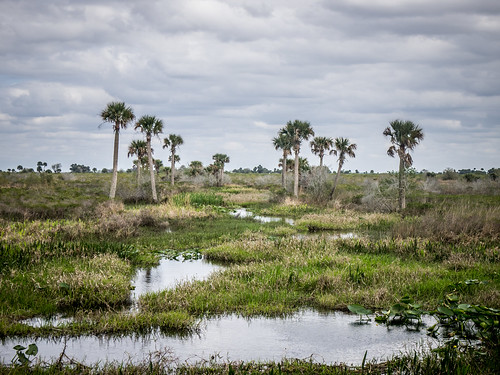 Central Florida is a world unto itself. This area was long thought to be wasteland – something to be cleared for farms, or plowed under to create massive amusement complexes. There is an appeal to the wide open spaces.

People who live out here must enjoy the remoteness. They either must have a desire, or they are somehow attached to the farming industry. 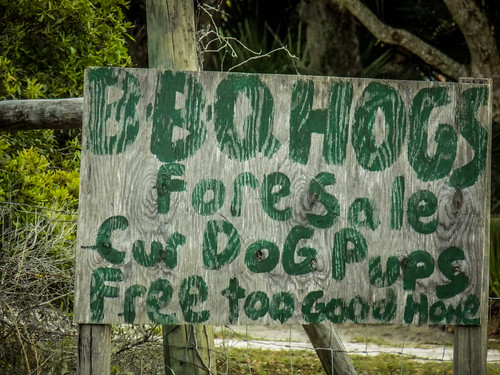 As we were driving around I wondered if there were a way to get over to the Kissimmee River. I envisioned a winding blackwater river akin to the Edisto back home. Alas. When I looked in Google Earth I found that the river has been so straightened and over-engineered as to resemble nothing like a normal river anymore.

We made our way on back and settled in for an evening meal out by the water. I have to admit. Like most of Florida, I don’t mind visiting the interior, but I think I’d prefer to stay on the coast.