Several weeks ago I got an unexpected request. Fellow tech educator Cathy Jo Nelson is president-elect of the South Carolina Association of School Librarians (SCASL), and was in charge of this year’s conference, to be held at the Hyatt in Greenville. Cathy asked if I, as a resident who blogs about our town, would be willing to say a few words about Greenville before the keynote address. I was flattered. Of course I said yes.

Over the years I’ve worked closely with the media specialists, both in my district and in technology workshops around the state. Even in retirement I still maintain close contact with many of them through social media. It wasn’t as if this were an unknown quantity. Even so, I found myself crafting my five minute presentation carefully to answer questions like, “Why is this guy talking to us?”

Cathy had asked me to bring some of my photography as well. In the end I decided to have an independent slide show with photos from around town that looped as I talked about other stuff in my speech. This wouldn’t be a traditional PowerPoint where I addressed the slides as they appeared.

The appointed Thursday came and I headed over to the Hyatt. Cathy greeted me and got me oriented. Since I had a bit of time I strolled through the exhibit hall. 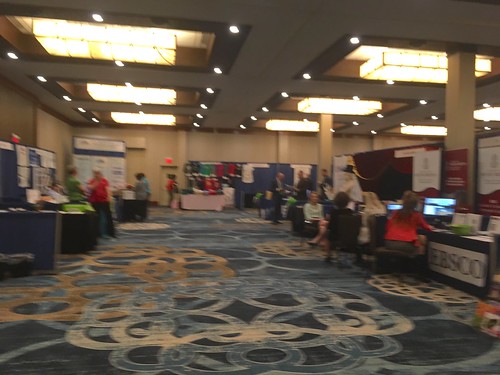 My friends Debbie Jarrett and Donna Thompson from SCETV had their booth set up, so I spent some time chatting with them. 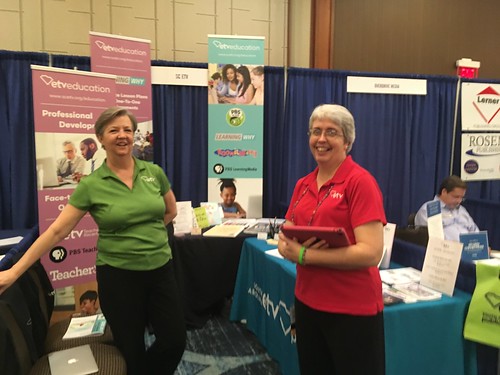 For the rest of the exhibits I fell back into my old conference exhibit hall behavior of browsing without making eye contact. After all, I wasn’t really the guy they wanted to talk to. Not this time. Not anymore.

I found a cup of coffee, then bumped into one of my former tech coordinators, Lori Vinson. We caught up awhile, then it was time for the plenary session.

The room was large, and there were some preliminary comments before Cathy introduced me. I babbled a bit, but overall I think things went very well. Here are a couple more photos posted to Twitter as I spoke:


I didn’t stay for the keynote, but left after my short talk. One attendee followed me out to tell me that my father had been the one to hire her, and that she followed my work on SCIWAY.net. I also got a nice Facebook message from a former student from Gray Court who is now a media specialist in Rock Hill. Both of those encounters made me feel much better about my presentation.

Cathy asked if my slideshow were available, so I posted it to YouTube. I have it embedded below:

Here’s the text of my speech from the morning. I ad libbed a bit, but this is the gist of it embedded as a Google Doc:

I had a great time seeing these folks and interacting with them, even if it was on such a limited basis. It looks like the rest of the conference was excellent, and I’m grateful to Cathy for letting me be a part of it. 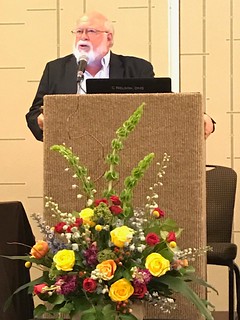