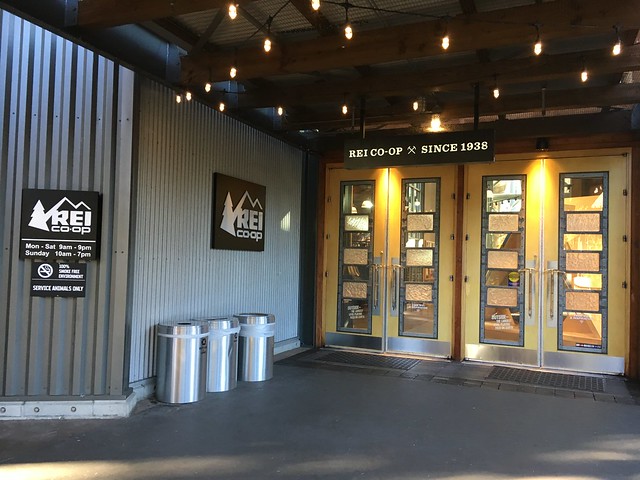 Laura had to head back to South Carolina for some business at Furman, so I had to drive her down to the airport in Seattle. Since she had a morning flight I decided that it would be a perfect opportunity to do some Christmas shopping (well, at least some window shopping) in the Seattle area.SEATAC is south of Seattle. In the nearby town of Renton several malls and retail centers have sprung up along I-5. This is the location of the only IKEA store in the region, so that was my first target for the day.

I got to the store before it opened. Fortunately the cafe was open so I was able to get my free coffee (since I’m an IKEA Family member) and hang out until opening time. I was still hobbling around in my cast so I didn’t feel too much like wandering all over the store. I wasn’t after furniture – I was more interested in the Market Place and any interesting Christmas decorations or lighting accessories they might have.

Sadly, I was very much disappointed. There were no decorations of interest to me. Nothing caught my eye. Maybe that’s a good thing so that I didn’t spend lots of money. I did buy some cheap batteries, but that’s about it. So far I wasn’t doing so well.

I stopped at a nearby hobby store and drooled over the merchandise. I decided that it’s probably a good thing that I haven’t delved into remote controlled airplanes or models. With my current hobbies, I’d have no money at all. Plus, if you make models you have to have some place to put them. I think Laura would be a bit upset. Still, it’s fun to look at them and think of possibilities.

I drove through a few neighborhoods just to get the feel of the area then headed on into Seattle proper. I was after my main target of the day – the REI Mother Ship, the original REI store.

I’ve been an REI Coop member since the 1980s, when I would order occasional rock climbing gear from them. My membership had been grandfathered in after they started charging for membership. I always wanted to visit the home store, but Seattle seemed like an unobtainable goal.

My first visit to the area was 1988. However, every time we visited we drove straight on up to Samish Island, skipping Seattle. I could see the REI store just off the Interstate, but never got a chance to visit. So close, but still out of reach. Finally I’d get a chance to pay a visit.

I was a bit concerned about navigating Seattle traffic and finding a place to park. Fortunately they had a parking garage right at the store. I was able to find a place and enter the store, even with a case on my leg.

I went inside…and was disappointed. It was just another big store. To be honest, the big store in Denver is more impressive. Duff told me that the original store spanned several large old warehouses and was MUCH more interesting. Sadly, the new facility was just like any other Big Box store. To top it off, I couldn’t seem to get to some of the places without climbing stairs. Normally that wouldn’t be a problem, but with the cast on I was just frustrated. I left without buying anything or really looking at anything.

My next target wasn’t a nationally known chain. I had spotted a music store up in Fremont that looked interesting. I headed up that way.

Fremont is one of the quirky, weird neighborhoods of Seattle. Located on the south side of Lake Union, it’s also within reach of the University of Washington. It strikes me as a typical university town.

I had a hard time finding a place to park. Once I did it was quite a walk over to Dusty Strings, the music store I wanted. After a long walk in my cast I still had to negotiate a steep set of steps down to the the store, which was located below street level. But the payoff was worth it. 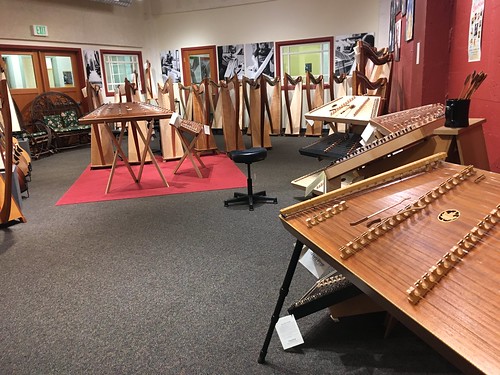 Dusty Strings is known for its handmade Celtic harps and hammered dulcimers. They had a display room with many of these models. I played several of the dulcimers, trying to keep the drool under control. I don’t play harp, so I didn’t try one of those. I did play several of the guitars they had in stock, as well as several Deering open back banjos. They also had an entire room of ukuleles. There were displays of several unusual instruments, as well, including citterns, mandolos, and other ethnic stringed instruments.

Dusty Strings also hosts musicians circles, jam sessions, and provides lessons. The helpful clerks provided me with a calendar of events. Maybe after the new year I’ll have to participate in one of these. As it was, I bought a couple of chord charts and headed on out.

I had a good lunch at a Thai place then though about the rest of my day. Highway 99 connects Fremont with Seattle over the dramatic Aurora Bridge. On the Fremont side of of the bridge there is a sculpture of a troll under the bridge. I didn’t drive over the Aurora Bridge to reach Fremont, but Highway 99 intrigued me. I figure that might be my target for the rest of the afternoon.

Before I-5 was built, historic Highway 99 connected the major Pacific Northwest communities with California. When it was built in the early 20th Century it was the major route along the Pacific Seaboard, running from Calexica, California to Blaine, Washington. 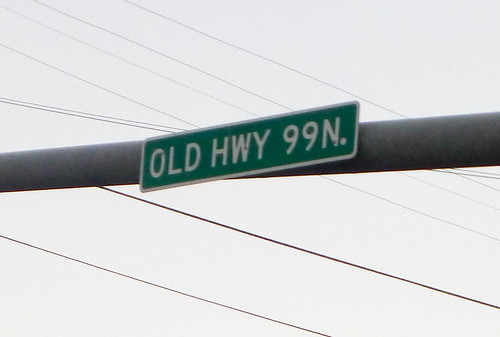 Old 99 was definitely the slow, scenic route. It took me through the heart of the communities of Shoreline, Lynwood, and Everett, town names I’d only seen as Interstate exits. This gave me a greater flavor of the region. As with other historic highways I’ve explored, this one was dotted with remnants of the old route, including old motels and gas stations. 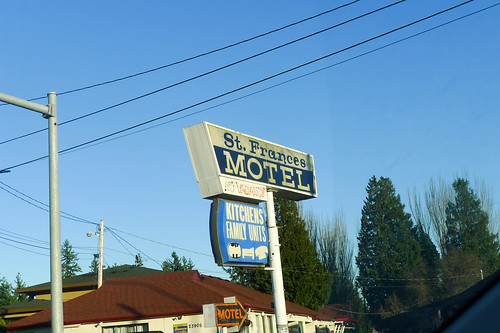 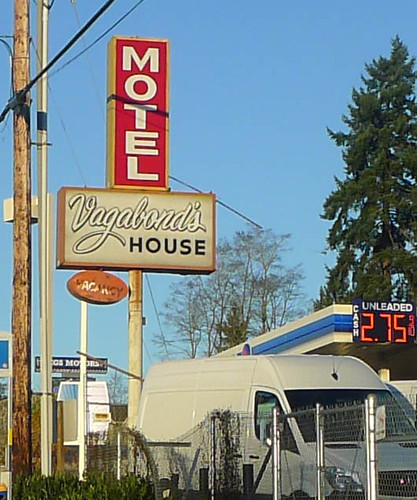 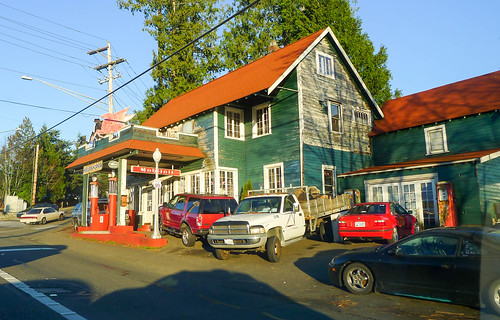 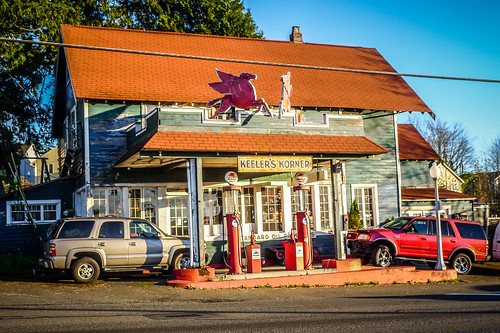 I was quickly running out of daylight. The afternoon sun was lighting the Cascades in spectacular fashion. I continued on my way, hoping to drive 99 all the way to Mount Vernon. However, somewhere around Marysville I lost the route. I got a taste for the old highway, and I think it’s worthy of its own adventure and subsequent post. I’ll have to plan that for later this year.

It was a good day out and about. The major retail places were disappointing, but I did find a cool new music store and a target for more exploration. That makes it all worthwhile. 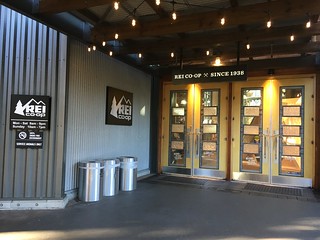 2 thoughts on “Retail Adventures in Seattle”