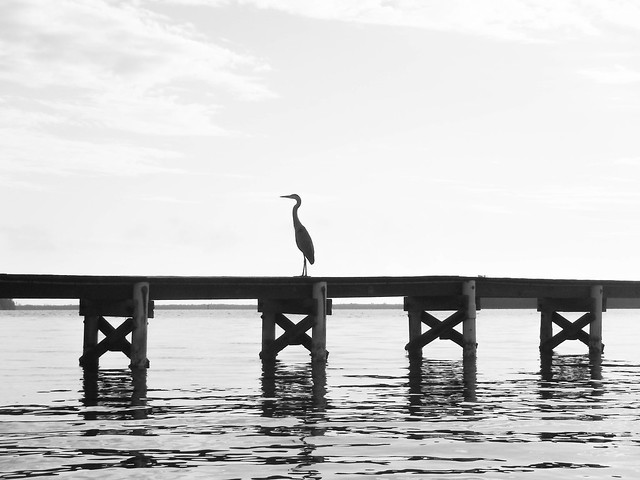 First up, Chip got a great job offer. That’s the good news. The bad news was that it’s in Tampa, FL. They will have to move down there immediately. It also means that my sister, Glynda, will be moving in with us for awhile (and that’s not the bad news part – we get along great.) I really hate seeing them go. I love spending time with the kids, and will miss Chip and Anna. But, I know it’s something they need to do, and I’m happy for their opportunity. It just means that you might be seeing a few kayaking pics from the west coast of Florida.

That means most of our time has been spent helping them get ready and also getting our house ready for Glynda. We have a whole host of repairs that need to be done. This started with overhauling our air conditioning, and will probably conclude with us rebuilding our deck. Glynda moved in last week and I’m glad to see her getting settled at our place.

The other side of the family also involves Florida. As I write this Laura and I are in Fort Pierce visiting with Laura’s mom and her sister. We have been going over to Harbor Chase every day. I usually take the banjo and guitar over to entertain. I have managed to get some paddling in, but more on that later.

It’s an indicator of just how crazy things have been that I haven’t written about this earlier. I added to my collection of instruments a couple of weeks ago. We are in the process of settling my parents estate. I decided I wanted to get one nice thing with the money I would receive, and thought a musical instrument would be appropriate. I already have a nice piano. The one thing I didn’t have was a good guitar. I have a nice nylon-string Gianni classical guitar, but what I wanted was a good steel-string folk guitar.

After playing a few instruments I decided on a Martin, specifically, a Martin Road Series Custom DCRSGT Dreadnought. 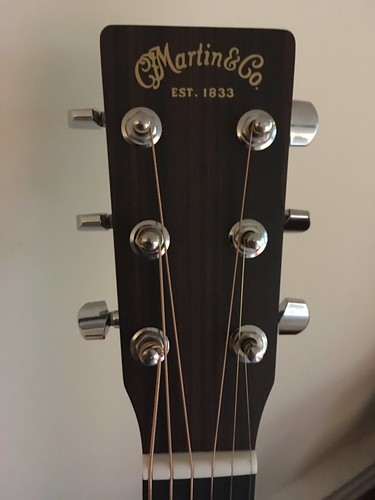 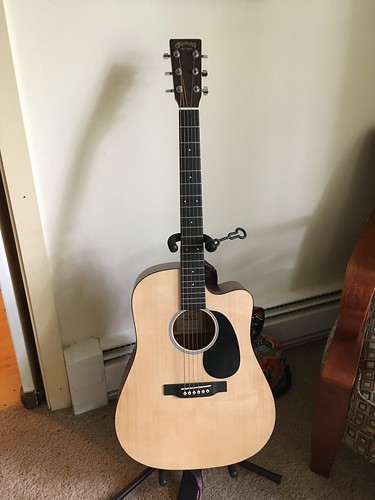 I played a Taylor Guitar, but just liked the warm sound of the Martin a bit better. This one also has amp pickups, which I’ve never had in a guitar. I’ve enjoyed playing it, and had almost forgotten how much I like playing guitar. I also realize that my 30 year old keyboard amp really isn’t up to the task of amplifying this. Something else for which to shop at some point.

Interestingly, it hasn’t been as hard to switch back and forth between guitar and banjo as I might have thought. After playing the guitar for awhile, the light strings and action on the banjo are actually easier to handle.

As mentioned, we’re back in Florida. The weather hasn’t really be great for paddling and we’ve spent most of the time over at Harbor Chase. Plus, when we got here I was fighting some sort of bug. Even so, I managed to get in one early morning trip. I paddled out to the spoil islands and did a short loop, adding 3.72 miles to my total for the year. 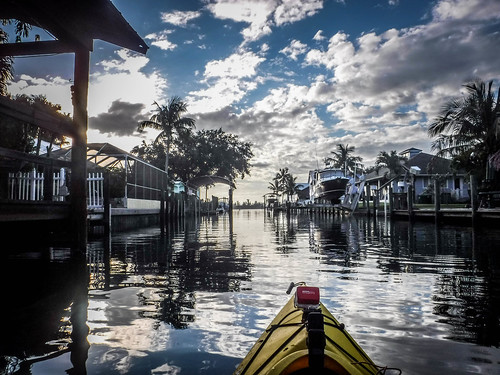 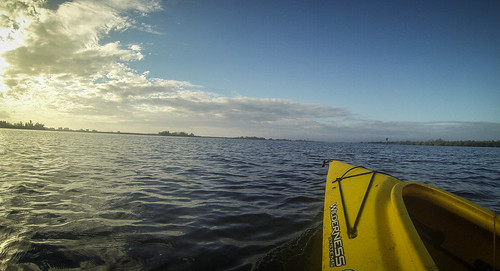 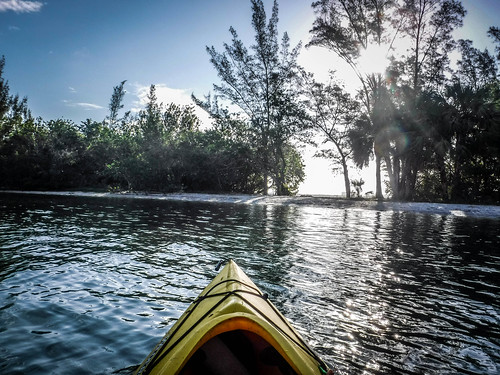 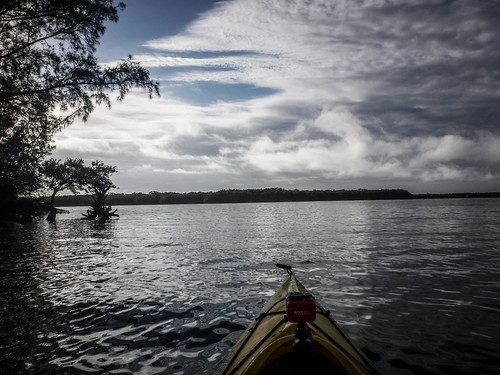 …and there was even more paddling, but since that was an extended trip I’m going to save it for the next blog post.

So, that should bring everyone up to speed. I’m afraid these first two weeks of June might be an indication of how crazy things will be this summer. Posts might be sparser than usual, but I guess we’ll just have to see. 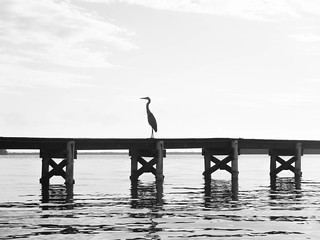