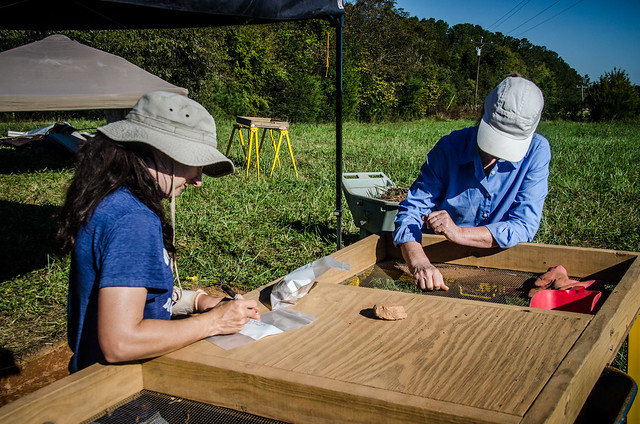 Several shallow pits had been dug, and were marked off with string. There were shelters over a couple of them, and Nicole was hard at work. 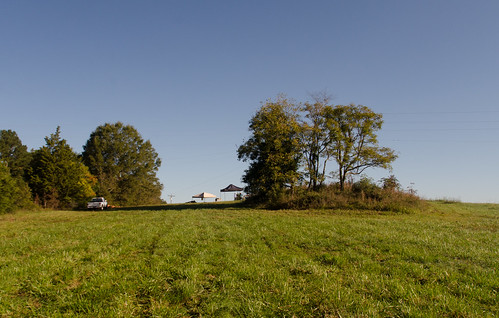 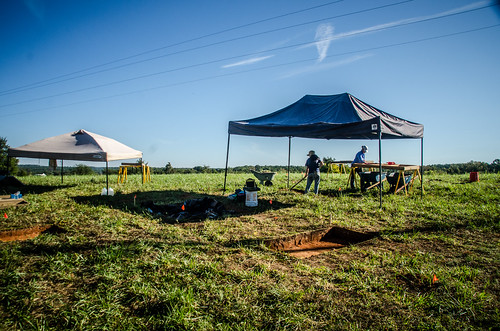 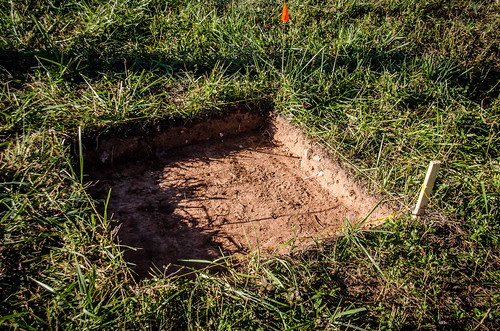 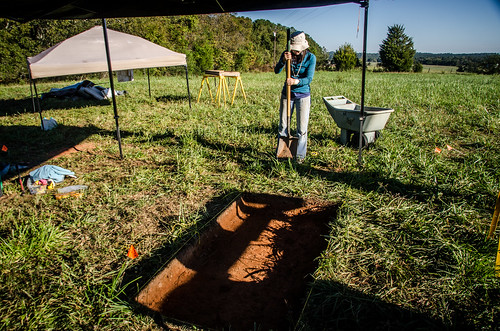 Nicole removed the top layer of vegetation, then began removing the first layer of topsoil. She tossed that onto a sifting screen, where Carrie would remove pieces of potter, glass, and any other anomaly. 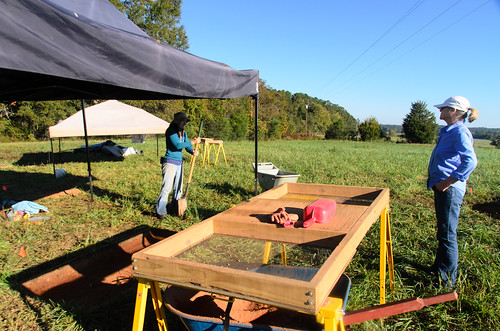 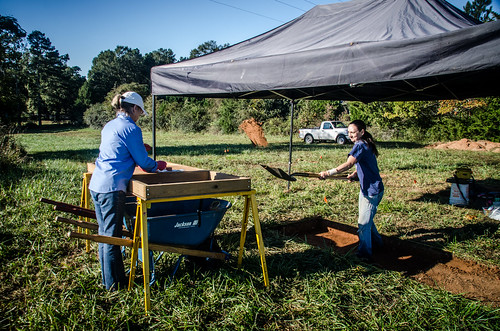 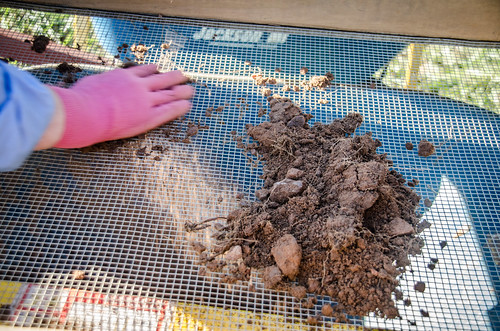 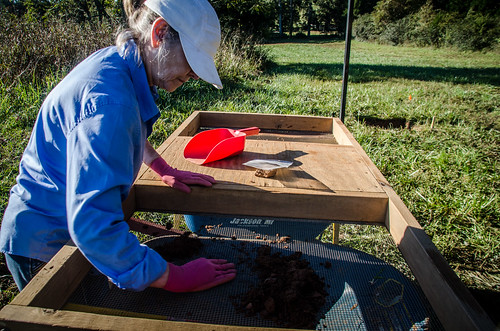 When I wasn’t snapping photos, I helped Carrie with sorting. We pulled out pieces of pottery and bagged them. All we saw were bits of pottery – no extraneous material. 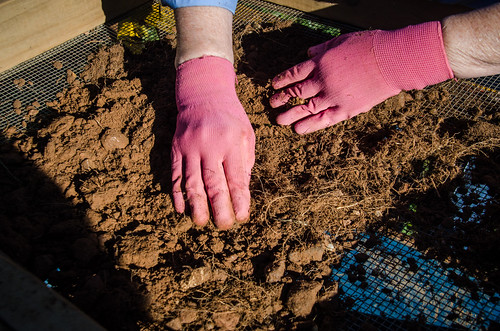 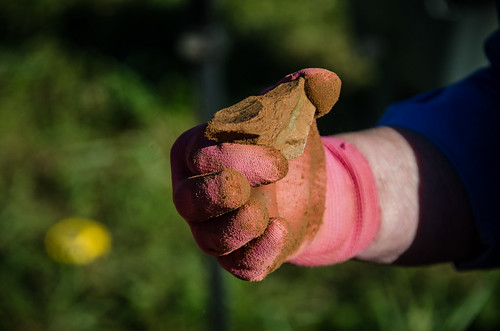 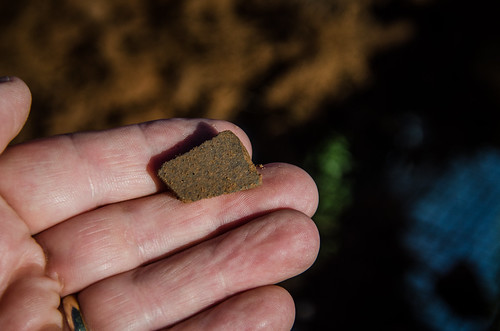 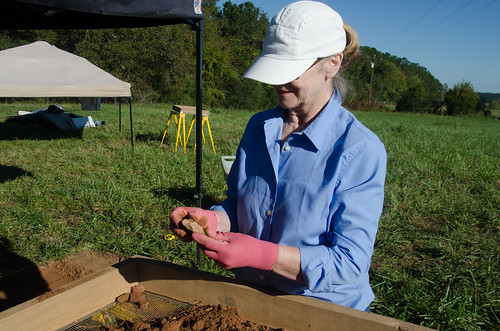 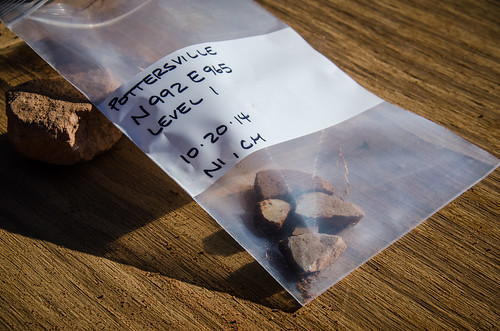 Nicole said that they were also looking for bits of glass or bottles. The glass may be from window panes. They were looking for other signs of habitation. She didn’t expect much domestic refuse, since this was an industrial site, but was looking for anything out of the ordinary.

Nicole removed about an inch of soil from the designated area. She carefully marked off the area and made measurements before continuing the dig. 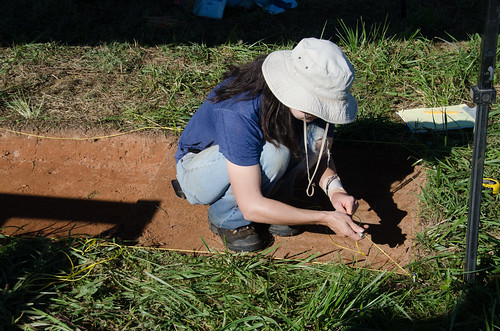 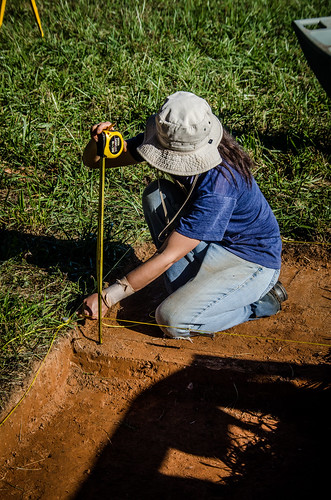 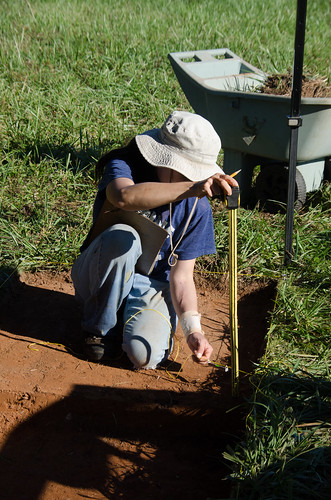 After making the measurement, Nicole began taking another inch of soil from the pit, and we began sorting in the same fashion. The pieces we found went into a new bag labeled “Level 2”. 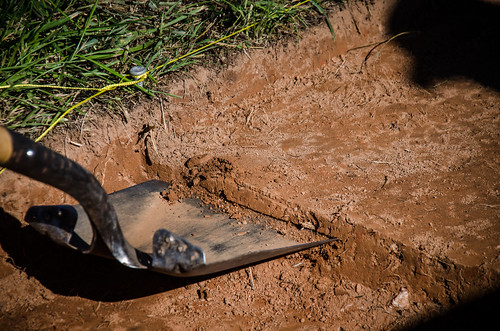 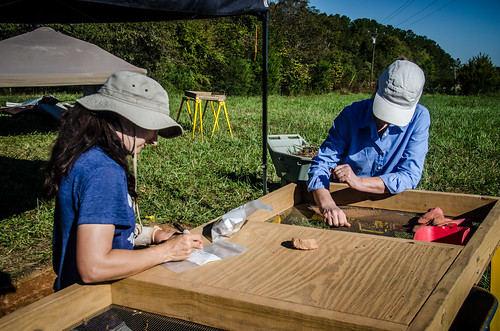 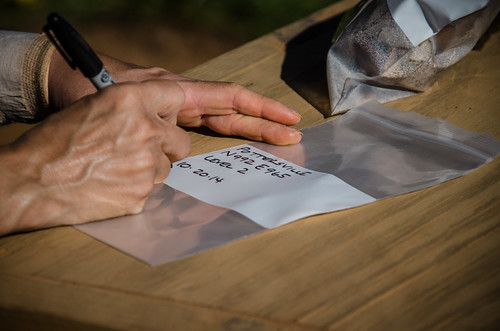 I wandered around the other pits. One thing I noticed was that some of the pits had obvious shards embedded in the pit wall. It was tempting to reach down and extract them, but I knew better. 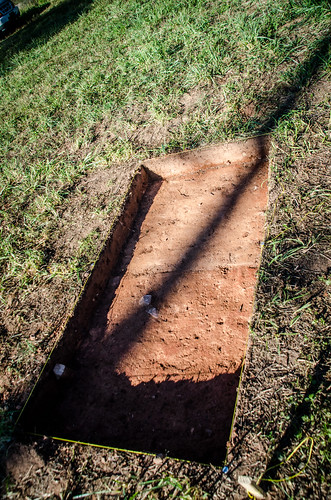 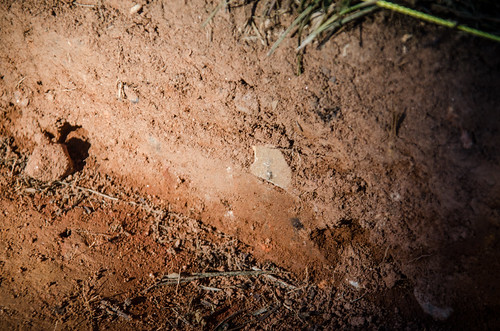 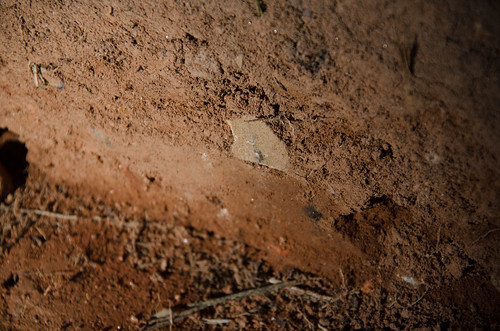 Nicole said that they had to leave those in place in order to keep the statistics for artifact distribution accurate. However, if this were a site that were about to be destroyed – say, if a parking lot were about to be built over it – then they would extract all artifacts regardless of location. Even if they didn’t get to the adjoining pits, since this was an ongoing dig, they would leave these pieces in place. Nicole had to explain this to some over-eager volunteers over the weekend.

Speaking of volunteers, as I was walking back to the car two vehicles pulled up. It looked like about eight more people were coming to assist with the dig. I would have enjoyed sticking around, but I needed to get on my way. I had a rehearsal that evening, and lots more to see and do.

Meanwhile, Nicole and Carrie had one more weekend of digging before shutting down this round of studies. Nicole would give a lecture on the site on Sunday, October 25. I would be able to get back down there, but I’m sure it was a success.