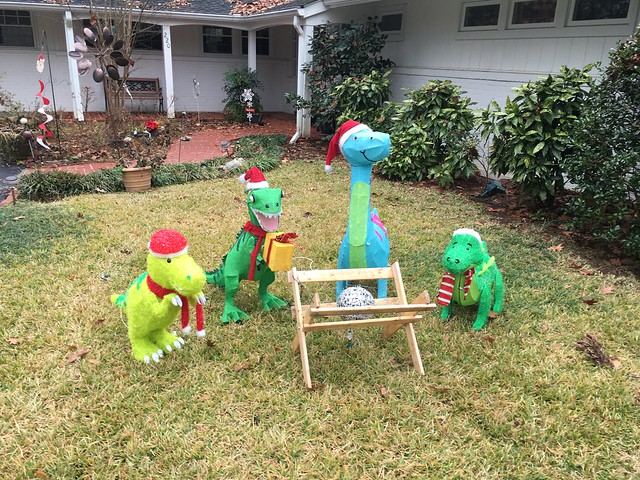 We’re back in South Carolina. It was an arduous trip across country, but we rolled into town on Wednesday and have been getting reacquainted with our house. It is good to be home and spend some time with family.

From a logistics standpoint the trip home wasn’t too bad. We found it was cheaper to rent a car in Bellingham and drop it off at SEATAC than to take the Air Porter or pay for parking. When we got to the airport Laura arranged for a wheelchair and escort for me since I still had my foot in a cast. That whisked us through security and through the airport. At one point we thought we were on “Mr. Toad’s Wild Ride” as the cart driver seemed intent on hitting any patron in the way.

As we sat waiting for our first flight I got a bit spooked about it. It seems that they had called in a specialist to get us through the weather. 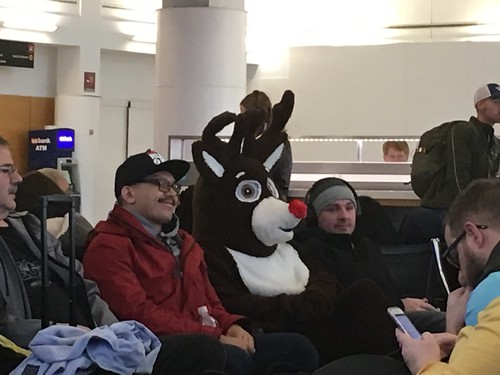 It didn’t spook me as much as one other passenger, though. She bounced up to the desk demanding to know if they were aware that masked characters were running amuck, and wanted to know if these people had been through security. Oh well. The desk clerk assured her that these were airport employees. Father Christmas also made an appearance along with a couple of elves.

The flight to Dallas was OK but not terribly comfortable because of the boot. I was whisked through another airport, and soon enough we were on our way to Greenville.

Being home was a bit…odd. Our cats weren’t there and it took some time adjusting to things. Amy and Luna arrived one day after us, so there was lots of activity around the house. In the days that followed we made a point of hitting our favorite eateries that we had missed – Greenfield’s Bagels, Henry’s Barbecue, Salsarita’s, and Monterrey Mexican. At some point we’ll do Lazy Goat, I’m sure.

We also took time for last minute shopping and decorations. Laura and Glynda had put up a tree earlier in the month. I retrieved the dinosaurs from storage and we put up more lights.

Speaking of lights, we did drive around to see those in our area. This is the last year for the Roper Mountain Lights. Traffic into the site on a Saturday night was maddening. Tempers flared all around, including my own. Eventually we got inside and it looked like they had spruced up all the lights for one last fling. It was a bit weird, though. There were bid numbers under each light display and there was an auction online for each display piece. If we wanted, we could have purchased huge light decoration for our house. 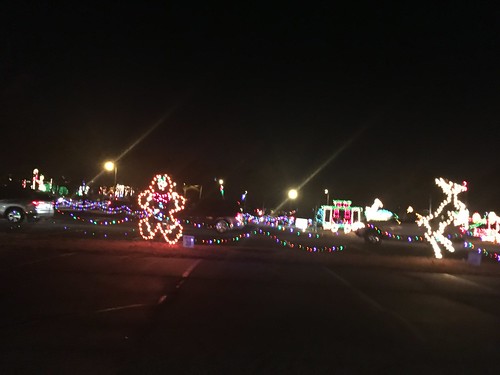 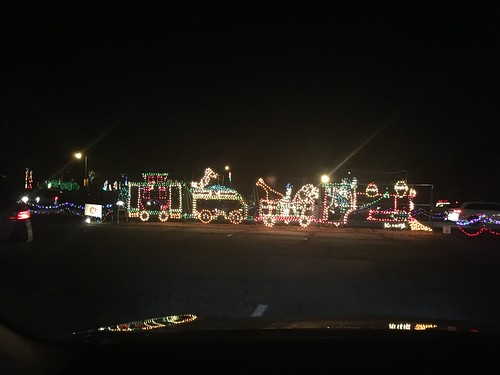 There were some neighborhood displays that were almost as spectacular. In one neighborhood near us several houses had gotten together and done one of the displays synchronized with music. It was impressive.

Then there were the Nativity scenes. My own set of dinosaurs not withstanding, some of these were weird. There were no less than three showing Tyrannosaurs fighting over a table saw. 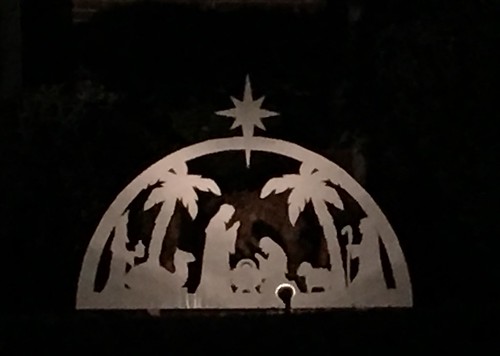 Then there was a Christmas story of which I was previously unaware. I’d never heard of the tale of “Joseph and the Frog Princess”, but there it was on display. 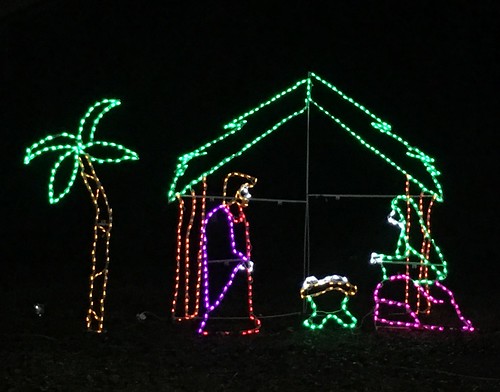 Lastly there was the “Passion of the Lights” on display at The Edge Church not too far from us. These were the lights that had previously been on display in a neighborhood not far from here. I guess the neighbors of the “Greenville Griswalds” got tired of all the traffic. The church had the display set up and were giving away hot chocolate. It was almost as impressive as Roper Mountain. 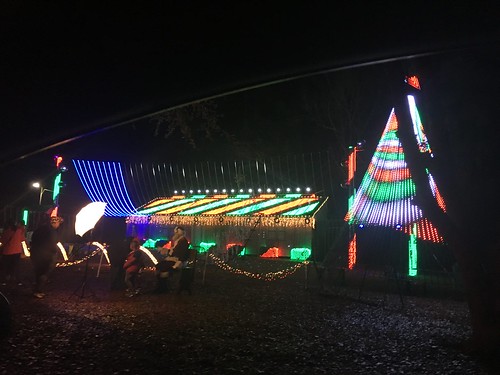 And so I find myself here writing on Christmas Eve, and now Christmas morning. We had our overabundance of gifts, a lingering morning with coffee, snacks, and mimosas, and a bit of downtime before the next event. Laura and Amy are cooking turkey and Houston and Lynda are on their way to join us later. It’s hard not to think about those no longer with us – my mother-in-law as well as my own parents – and to think of those that will be elsewhere with family. It feels a bit weird without a large family gathering, as well as knowing that we have to head back to the west coast in a week or so.

Even so, life has been good, and I’m grateful for every minute of it. Here’s a Merry Christmas to all, and trusting that the new year will be bright for everyone. 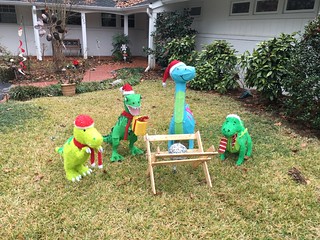 2 thoughts on “Home for the Holidays”