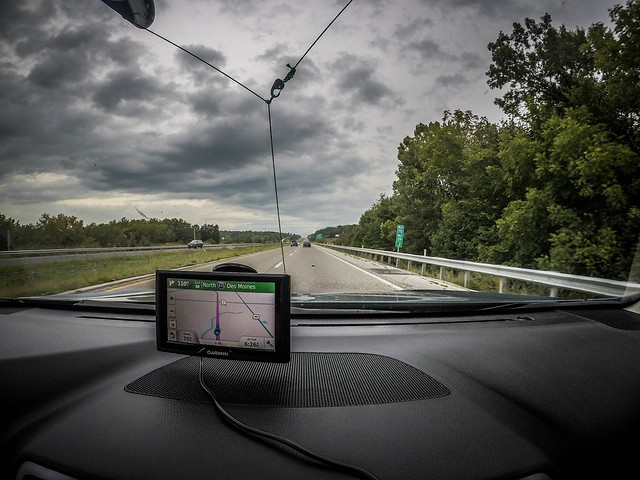 Our drive from Greenville to Samish Island seemed like a whirlwind. We were constantly on the go. However, I found a way to make the 3,186 mile drive go by even quicker.

The week before our departure I upgraded my old GoPro Hero 3 to a new Hero 5. This one is leaps and bounds ahead of the old camera in terms of how much technology they pack into such a small device. It has WiFi and Bluetooth and an LCD screen. The unit is waterproof without the need for a separate housing. I knew I was going to put it to use on this trip.

I attached a GoPro mount right behind the rear view mirror on the new Subaru. Using a series of joints I was able to fashion a mount for the GoPro. 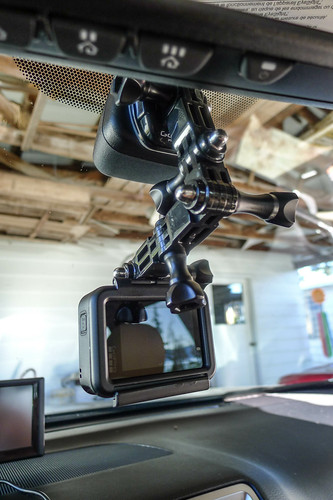 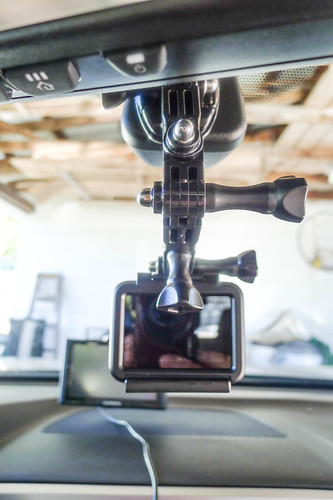 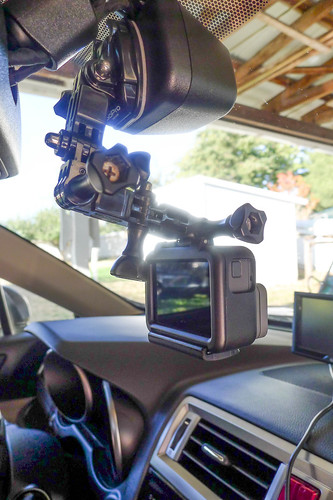 I had two spare batteries and had rigged up a way to charge the spares while driving. That way I’d never run out of juice. I set the camera to time-lapse mode with a 30 second interval. Every time that we got into the car I turned the camera on and started a time-lapse. I knew the ultimate goal was a video, but I could also extract individual frames that might look interesting. 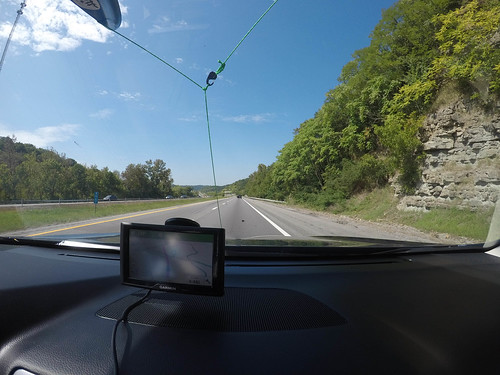 At first I wasn’t too happy that the wide angle caught the dashboard, GPS, and boats, but these added to the shots. In the end product you can track the changes in the GPS. The windshield got dirty, and at one point you can see raindrops and windshield wipers.

I really like the voice activated feature of the new Hero 5. I could tell the camera to change modes an initiate a time-lapse. That hands-free mode was quite helpful when I was driving. Most of the time, though, I operated the camera by hand. Occasionally I’d hit burst mode instead of time lapse, and that added some interesting pauses in the video. I also left the camera running a couple of times, creating other interesting pauses, especially at Mount Rushmore and Yellowstone. At one point you can also see smoke building from western forest fires.

Each night I would download the images and start over the next day. Every individual day was extracted into its own video. By the end of the trip I had thousands of individual frames. I combined each day’s video into one long video and posted it to Youtube. Here’s the final result:

I like watching the changes in topography as we move across country. I like the pauses. If I’d known what I was doing, perhaps I could have planned them more strategically. I guess that will just have to wait until we make the return trip next summer. 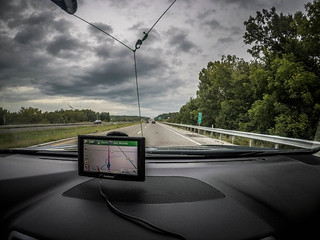 2 thoughts on “From Greenville to Samish Island in Four Minutes, Fifty Seconds”