The shortest day of the year. When I can, it’s gotten to be my tradition to celebrate the winter solstice by paddling out to watch the sunrise. I had just driven ten hours on Saturday and arrived in Fort Pierce so that I can do my dawn paddle on Sunday. I was not disappointed.

Knowing that I’d be heading back down here in a couple of weeks, I left one of my kayaks when we came down at Christmas. It was waiting and ready when I got up at 5:30 am. Sunrise was at 7:09, so I had time to enjoy a bit of paddling in the dark.

I did a dawn paddle over Thanksgiving. One thing I noticed was that the colors seem more intense in the thirty minutes or so before the sun actually rises. That was one reason I wanted to get out so early. Turns out I was correct. 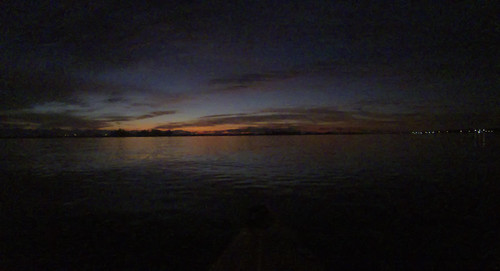 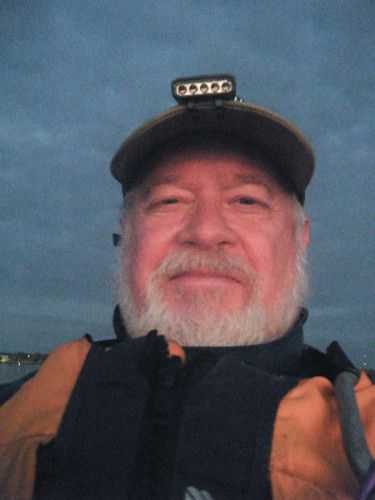 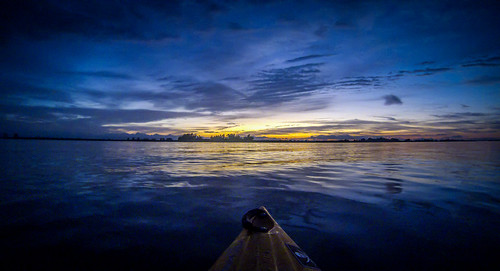 Even this early there were a few boats out and about – fishermen that wanted to get a jump on the day’s catch. The water wasn’t exactly glassy, but it was calm. Fish were jumping all over the place, and I stirred up a large school of mullet as I left the channel near Amy’s house.

I paddled south toward Fort Pierce. I wasn’t going to cross the main channel this time, but just lurk on the western shore to watch the sunrise. 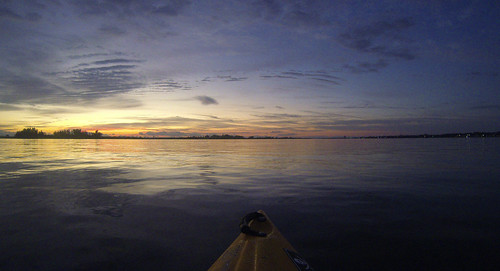 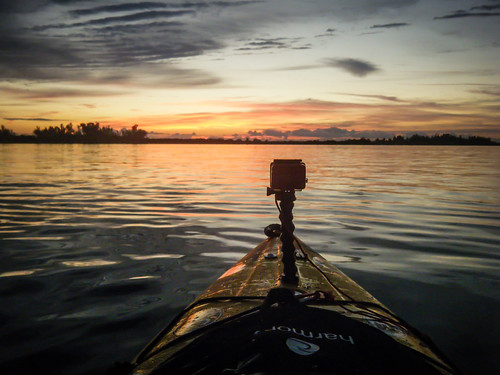 There was a bank of clouds on the horizon. I was hoping to watch the sun rise through “Condohenge” on North Hutchinson Island, but the cloud bank made that impossible. 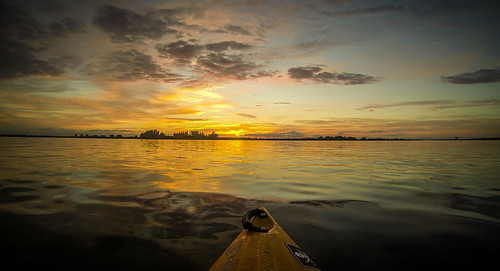 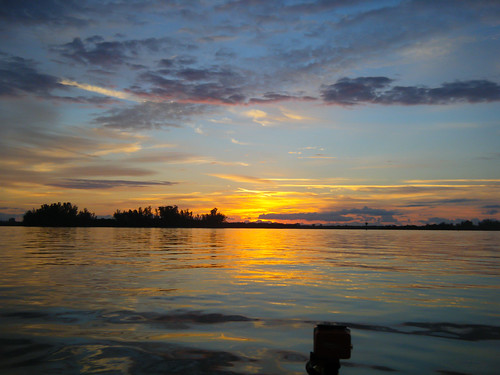 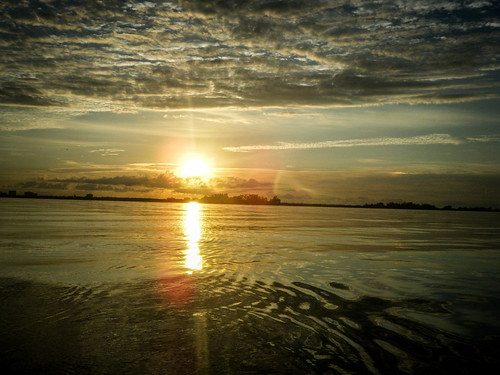 With the sun safely risen, and the solstice once again marking a return to longer days, I headed on back in for coffee.

Mid day was spent taking care of Laura’s mom. We bundled her up at one point, got McDonald’s burgers, and sat out at the Fort Pierce Inlet watching boat traffic. From there were drove up North Avalon Beach on North Hutchinson and walked on the beach a bit while Mrs. Wright sat and watched the water.

Afternoon and decided to take the boat out once again. By this time the wind had risen and clouds were rolling in. I didn’t even mount my GoPro, but only had my little Fuji camera with me. That was a mistake.

The water was very choppy so I decided just to paddle out, float a bit, and try to get rid of a tension headache I’d been nurturing all day. As I was floating along, two manatees popped up right under the bow of my boat. If I’d been paddling forward I would have been right on top of them. Of course, by the time I realized what was happening, I was too late with the camera. In vain I tried to find them again, but, alas. Now I’m going to make sure I’ve got the GoPro running ALL the time because you never know what you’ll find. 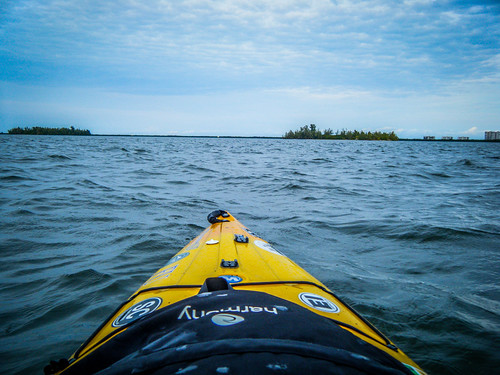 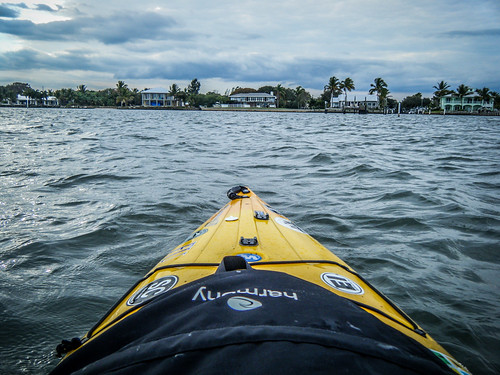 Amy was back home from work, and suggested that Laura and I have a “date night.” We decided to try On the Edge, a relatively new place in Fort Pierce with sunset views. Turned out to be a great place. It’s basically a tiki bar with outdoor seating, but the food was excellent, and the music was great. 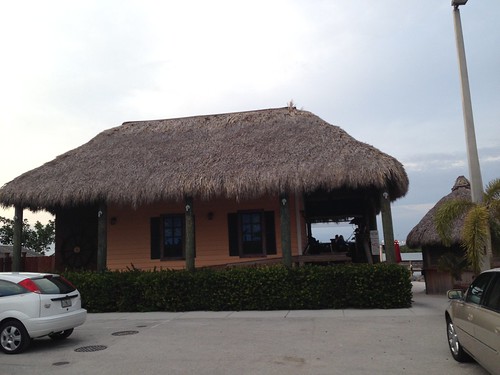 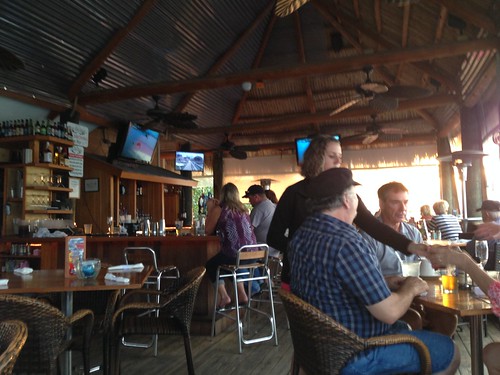 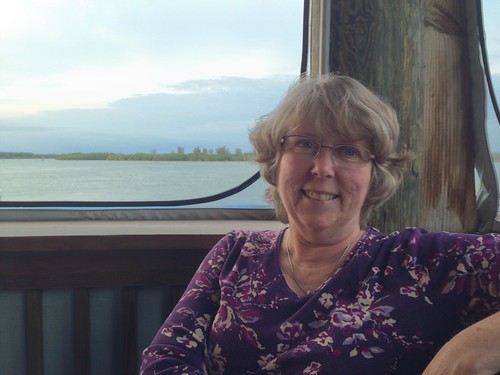 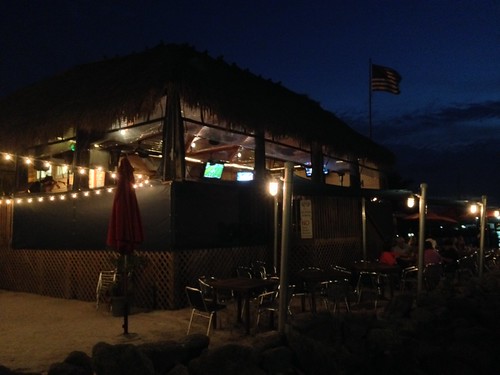 We ended the evening by driving to downtown Fort Pierce and watching their synchronized light display, then by driving through some of the neighborhoods looking for Christmas lights. Not a bad way to spend the solstice. 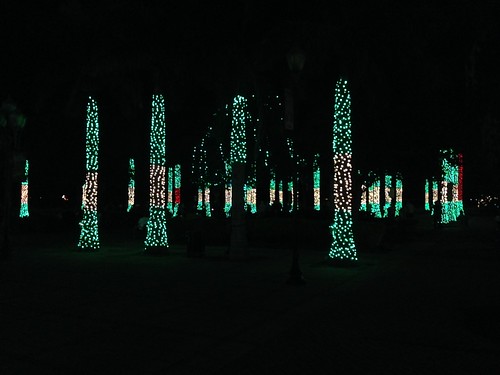