So far we’ve been on roads that we have traveled once before, with some new stretches in Montana. Today’s trek took us through totally new territory and through new states for both of us.

When we picked this northern route it was mainly so that we could add a few new states to our state list. Neither of us had been to North Dakota, Minnesota or Wisconsin, and we’ll be passing through those on our way home.

The other reason we picked this route is because it takes us through the land of Laura’s heritage. Her father grew up in Salmon, Idaho. His father owned a grist mill and ice house in town. Laura’s mother was born in Bucyrus, North Dakota, but moved to Missoula, Montana. Laura’s parents attended the University of Montana in Missoula, which is where they met. Her grandparents lived and are buried in Missoula. Traveling through this stark, beautiful land gives me a better appreciation of their lives and some of the stories they told.

North Dakota was a surprise. The landscape started off stark like Eastern Montana, then evolved into even stranger shapes. The climax was the Theodore Roosevelt National Park, which reminded us of a greener version of Badlands in South Dakota. We took a few minutes out of our long drive to stop at the visitors center and scenic overlook. 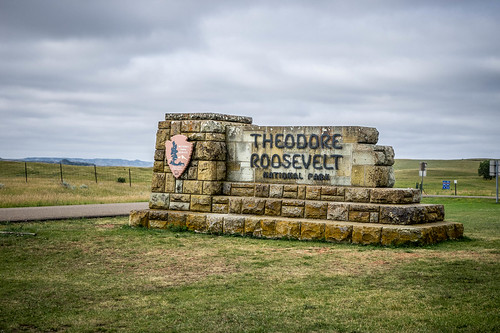 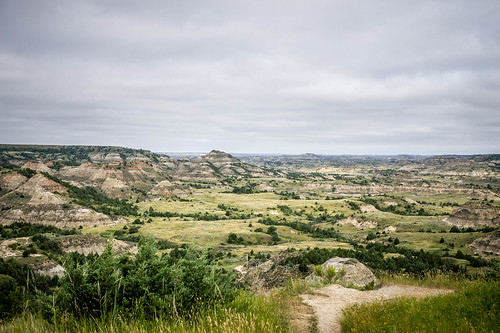 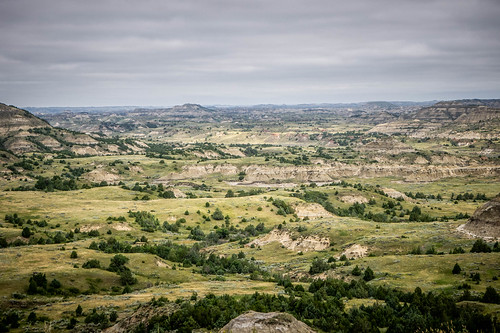 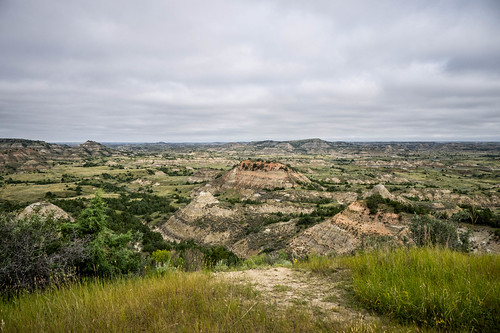 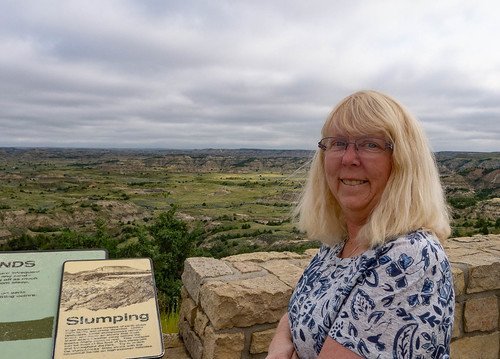 The rest of the state was much greener than we thought. There were small ponds and wetlands all along I-94. I was surprised to see storks and other large wading birds. The route was heavily farmed, but there were also wide stretches of open prairie. Sunflower fields caught bits of sunlight between the clouds. 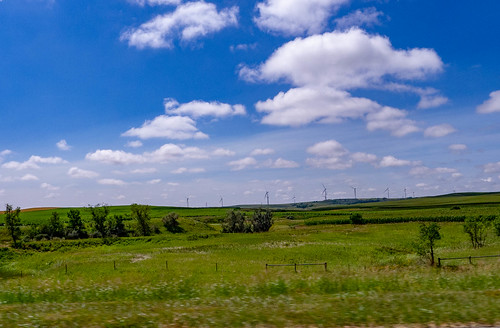 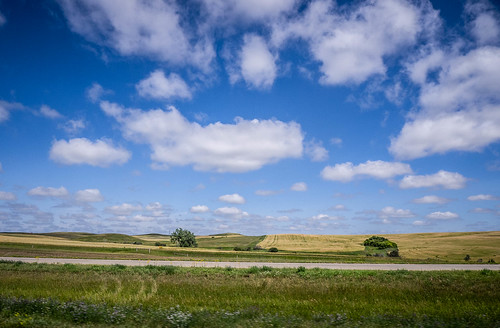 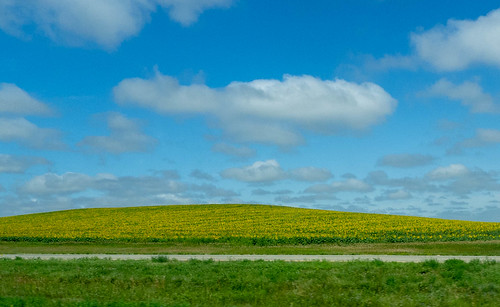 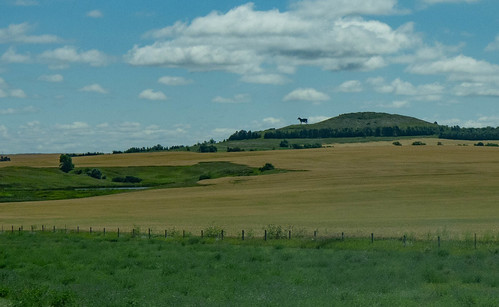 We went crossed the Missouri and the Red River Valley. I, of course, had to start singing. Before we knew it we were in Minnesota. 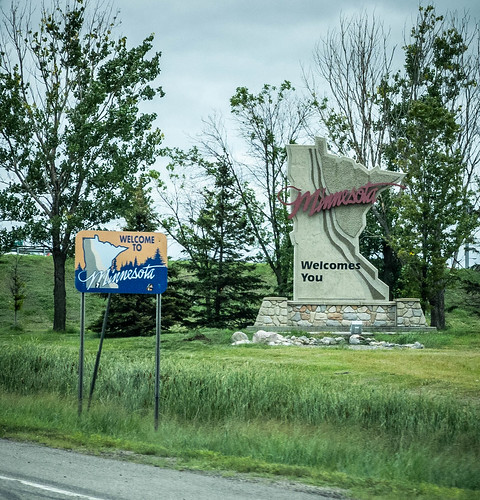 In both North Dakota and Minnesota we passed placed with names we only knew from maps – Bismark, Fargo, Minnetonka, St. Paul, Minneapolis. We decided this was one place we didn’t need to stop… 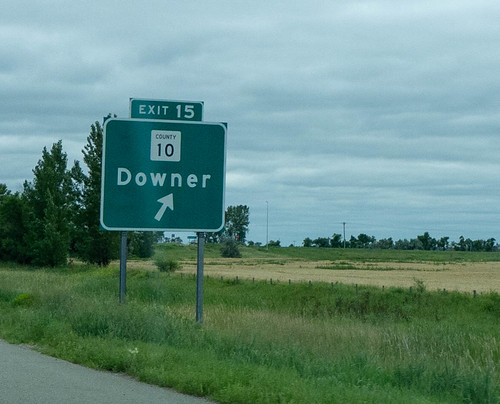 We even saw signs for Lake Wobegon. I guess the tourist signs weren’t scrubbed with Garrison Keillor’s disgrace. 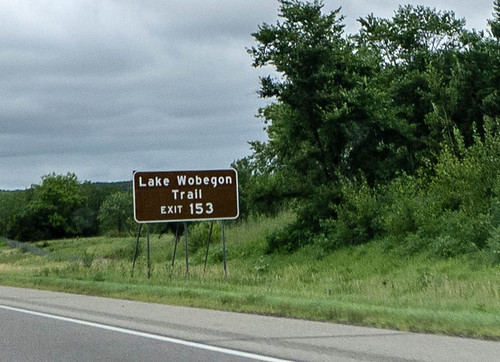 This was our longest stretch, and we were extremely tired when we finally stopped for the night. It didn’t help that we crossed from Mountain to Central time and lost yet another hour.

There are two lakes, one on either side of the interstate. 9,998 more to go.
—Laura 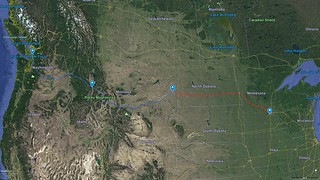