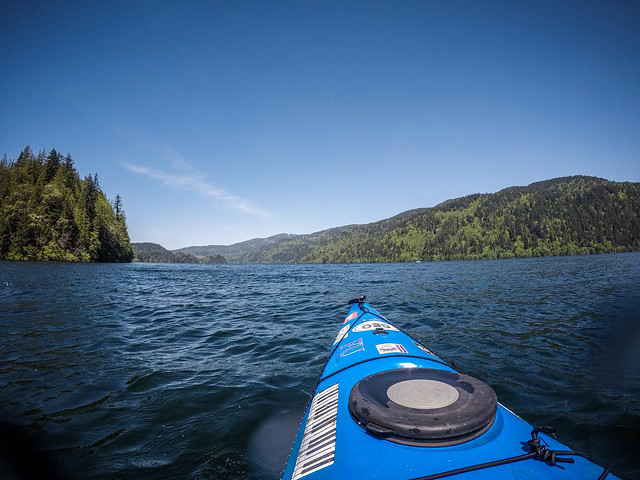 This past week I had paddled Lake Samish. I had really wanted to paddle Lake Whatcom, but the inspection station where I wanted to kayak was closed. With my boat already inspected, last Sunday I headed up to the South Cove of Lake Whatcom to explore.

Like Lake Samish, Lake Whatcom is a natural lake that serves as a water source for Whatcom County. The northwest section of the lake, the section closest to Bellingham, is heavily developed. However, the southern part of the lake is more remote. That’s where I was headed.

When I arrived at the South Cove Boat Ramp it was afternoon and things were quite busy. One of the same guys that inspected my boat at Samish was at this station today, so things went much more quickly…

…at least in terms of inspections. Others, not so much. There was a boat with a trailer that needed to launch, but had no place to park afterwards. There were two women with a canoe that had just pulled out. One of the guys asked me if I would take the women’s spot so that the trailer could park where I was. I agreed, not knowing that the women would take forever to get their canoe tied to their car. I was pissed and I think they were taking their time on purpose.
They finally left and I was able to get my boat onto the water. I won’t be so agreeable next time.

When I did finally get on the water the wind had picked up dramatically. There were whitecaps out on the cove. I launched anyway. 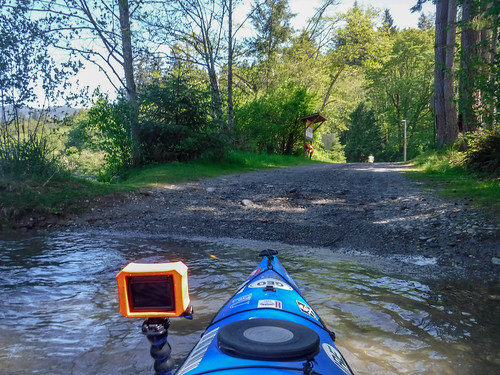 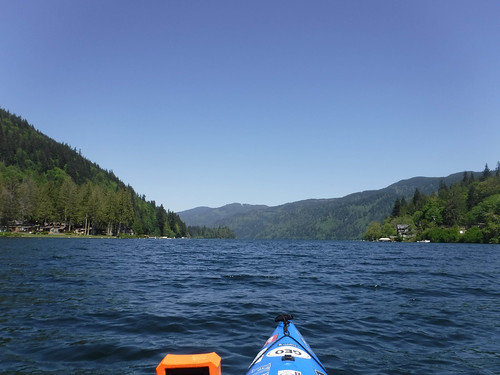 With all of the commotion at the launch site I’d forgotten my spray skirt and paddling jacket. I could have used them this time, as water splashed over the bow and into the boat. So far it wasn’t anything I couldn’t handle, so I kept on. 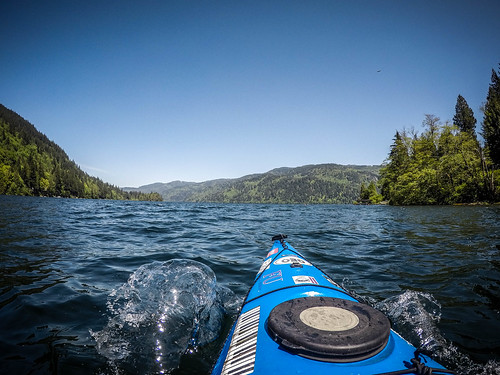 The houses along this part of the lake weren’t as densely packed as those on Samish. There were some smaller lake houses, but some incredible estates as well. One even had it’s own funicular to transport party equipment and supplies from the main house down to the dock. 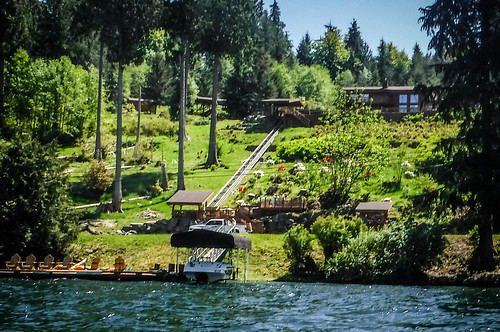 I had planned to paddle into the southeast corner of the lake but I was tired of fighting white caps. It was still nothing that I couldn’t handle, but I was getting bounced around. I turned northwest, crossing the lake. My plan was to paddle along the west shore, which was a bit more sheltered from the wind. To get there I had to cross some open water with more bouncing. 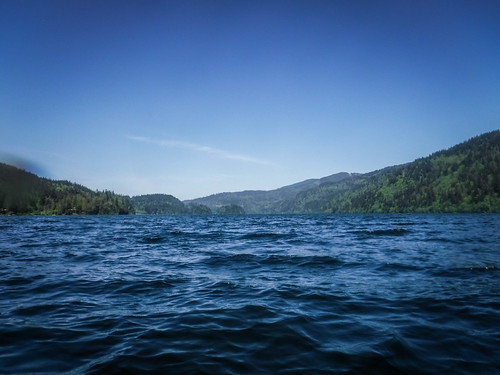 The east side of the lake had a few houses, but for the most part the mountains were uninhabited. This gave the lake, or, at least this part of it, a wilder, more remote feel. 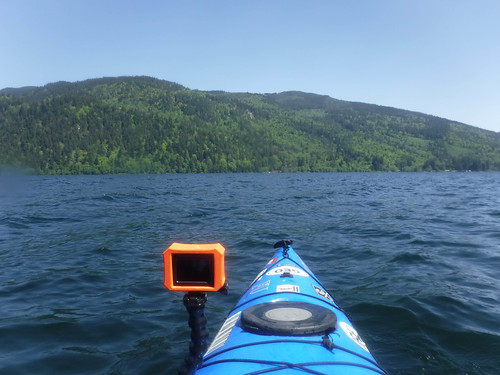 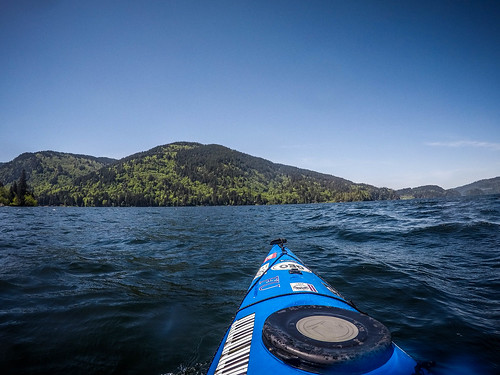 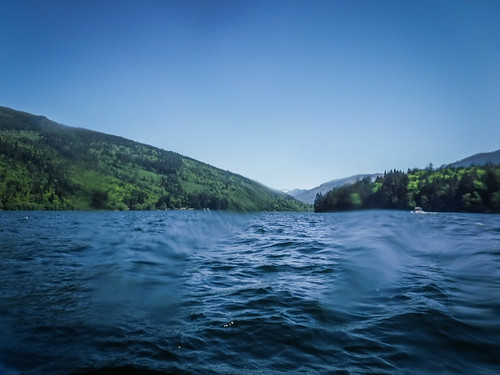 I reached a rocky point, and, of course, I had to see what was around it. There was a sheltered cove, but nothing to compel me further, so I turned back toward South Cove and the landing. 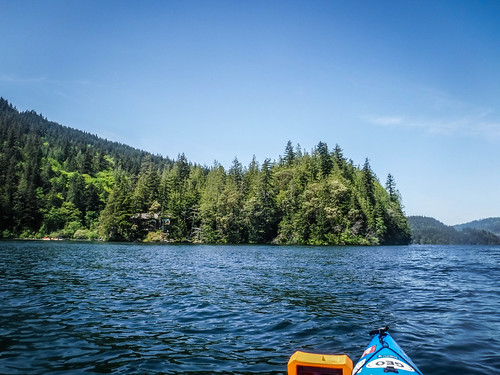 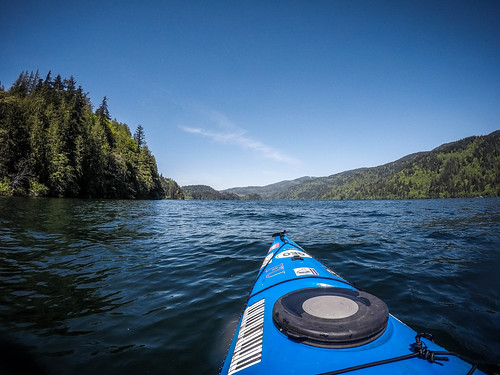 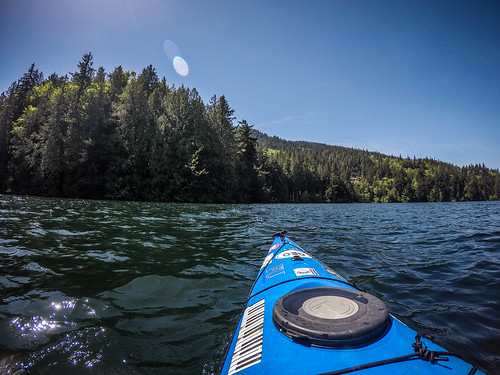 I followed the west coast, which was much less bouncy. There was a good bit of boat traffic from folks enjoying the beautiful day. There were a few houses along this section and a resort made up of tiny houses and cabins. 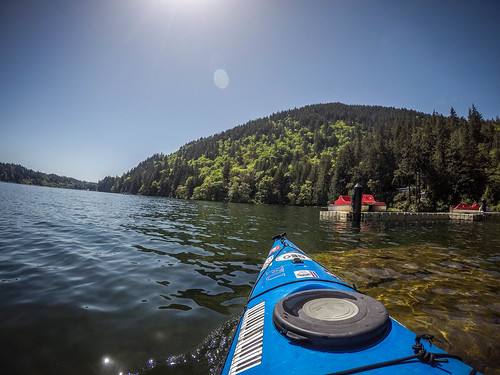 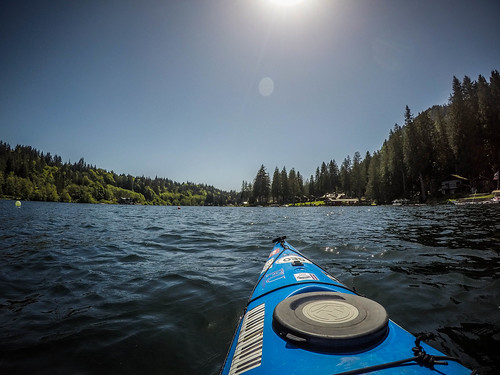 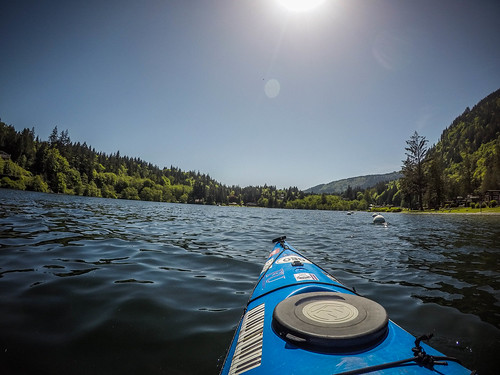 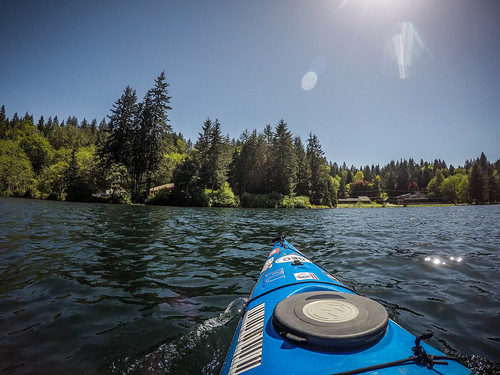 I made it back to the landing with no problem. It was a fairly short paddle of a little over three miles. 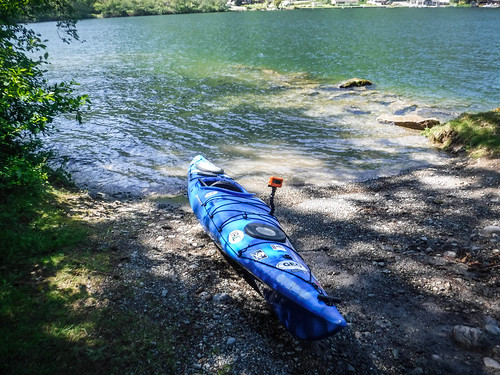 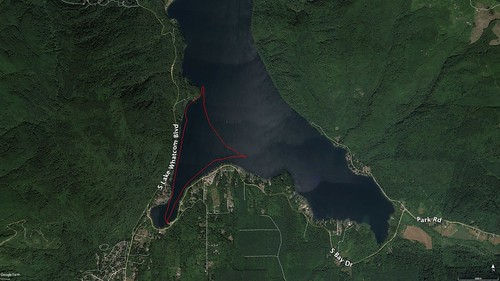 I did get a time-lapse from the GoPro, but there were lots of splashes on the camera lens.

I got the kayak loaded back onto the car, but I wasn’t done exploring. I hadn’t been able to paddle to the southeast corner, but I could drive there. The road ran along the coast past several nice lake houses.

When I got to the end of the lake I found a surprise. An abandoned railroad ran along the east coast of the lake. There was even an old trestle over part of the lake and some buildings that could have been a commercial center. Ghost town? Possibly. I didn’t get any photos of this area, but I definitely want to explore it further.

It was a good day out on the lake. I do want to head back on a less windy day and see if I can get back to where I found the railroad. I also want to do a bit more research on that area and find out its history. As always, more to explore. 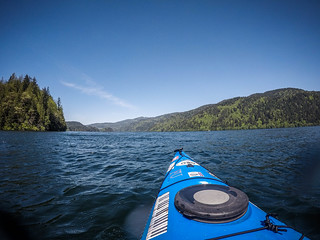 One thought on “Paddling Lake Whatcom”