Having grown up in Los Angeles, Laura switches over to Pacific Coast Tme with no problem.  I, on the other hand, wake up on Eastern Time, which is far, far too early.  Then again, I’ve always been an early riser, so time zones may have nothing to do with it.  Regardless of the reason, I was up early this morning, and decided that since our motel was right on the ocean, I should take a walk.

I found a trail right behind the motel that leads down to the ocean.  The trail was lined with wonderful flowers, and hummingbirds flitted from plant to plant. The tips of sea rocks poked about the vegetation. 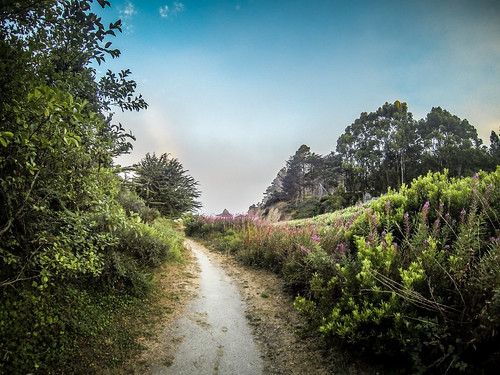 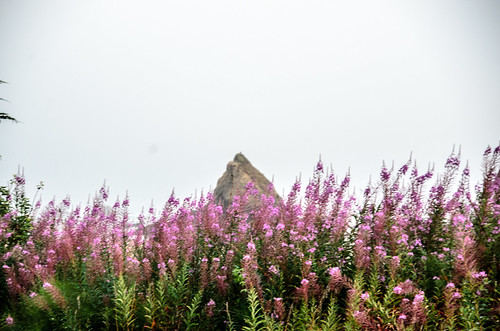 I heard water and realized the path followed a small creek. This, apparently, is Mitchell Creek, and it opened out onto a beach area between two cliffs. A makeshift bridge crossed the creek. Houses lined the cliffs to the north and south, and sunshine was illuminating the tower of a house just to the south. The fog remained just off shore. 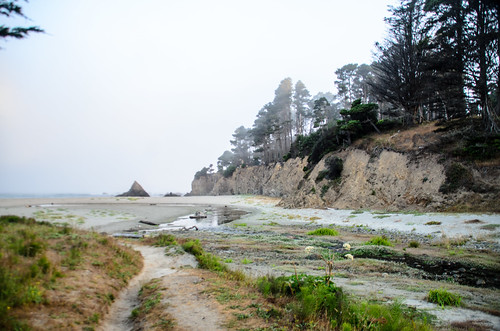 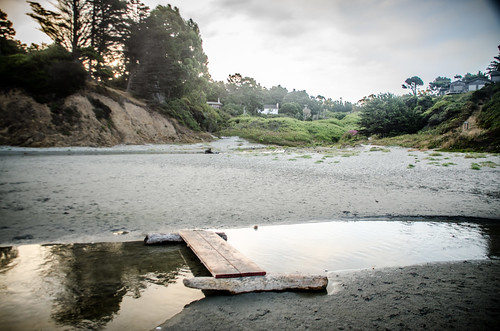 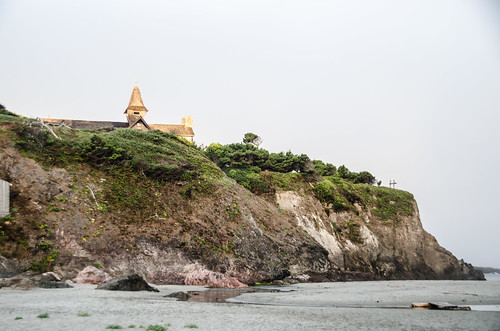 I lingered, enjoying the sound of the waves and the morning calm. We had another long day of driving ahead of us, and I was relishing the ability to hold still, even if for just a few minutes. Shortly I was joined by another walker, and I decided that this beach had gotten too crowded. It was time to head back. 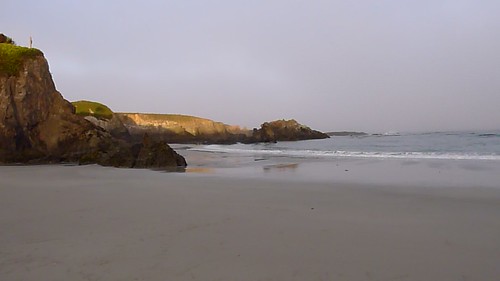 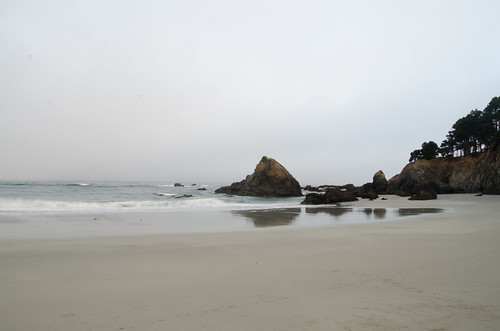