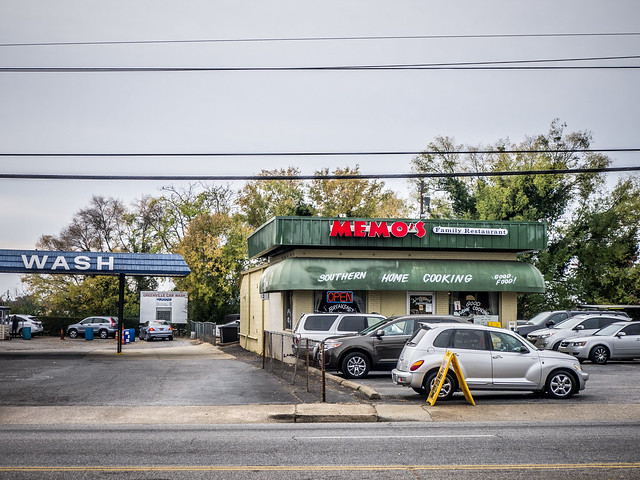 While out and about exploring all of the Wilson’s locations the other day I found myself in the Pleasantburg Shopping Center around lunch time. I had spotted Memo’s Family Restaurant, and decided to give it a try.

Memo’s is in a spot that’s nearly impossible to reach. It’s right in the middle of a confused jumble of traffic lights on Laurens Road, between the ramp from Pleasantburg Drive to Laurens Road and the south end of Antrim Drive. It’s also right next to the Greenville Car Wash, and across from the old former South Carolina Highway Department building. 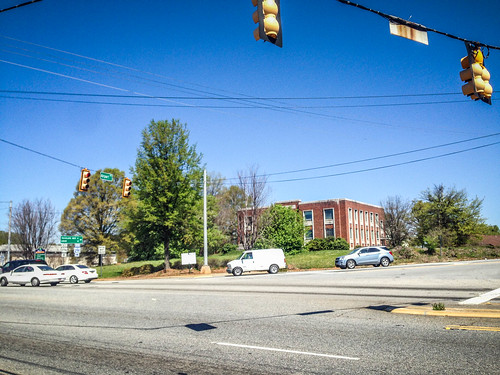 Memo’s has been here for over nine years. Back in the late 1980’s and early 1990’s I remember this building being a dive bar of some sort. Bob Donnan and I came here a couple of times because they had a good dart board, so we would have a couple of beers and throw some darts. That was long ago, though, and the entire character of the place has changed.

Memo’s is small. There are a few booths lining opposite walls, and a few small tables in the middle. There is a counter at the back where one places orders. The decor certainly reflects the “Family Restaurant” flavor in the place’s name. The colors are a soothing green, and there are tasteful bits of artwork on the wall. The overall effect is clean and calming. 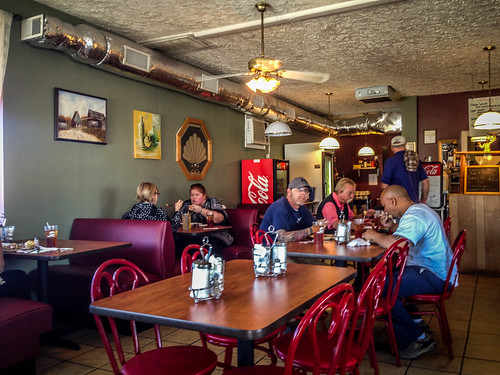 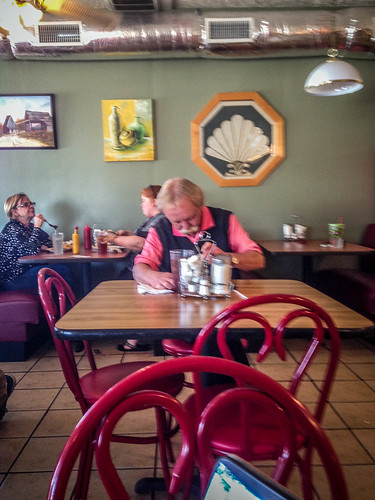 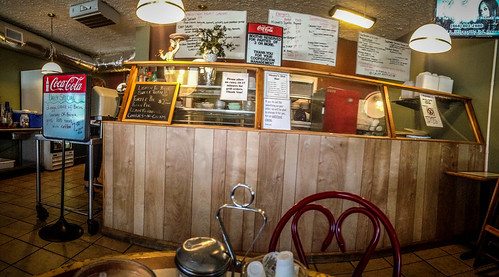 The patrons were local workers of various stripes, and most seemed to be regulars. More on that in a bit. I did spot one fellow Furman fan I recognized from football tailgate parties.

A small woman in dark attire stood to one side, speaking with an unusual accent. I assumed this to be Memo herself. A large African American woman tended the counter from behind. Memo would occasionally take orders from behind the counter as well. While the visual contrast was striking, the two of them seemed to work well together. 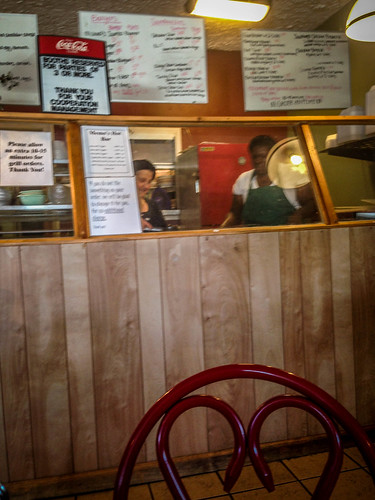 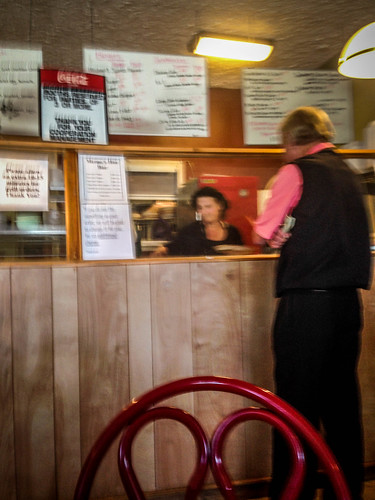 There were no menus – just what was listed on the board over the counter. Since I was a newbie, I had to take it all in, and the woman behind the counter was very patient and helpful.

There was a selection of burgers and sandwiches. The plates, with fries, were under $6, which seemed quite reasonable. There were several salads, with the house salad at the low end for $3 and $7 marking the high end for a salad with grilled chicken. There are also several heavier entree’s, such as fish, beef, or chicken plates with various sides. These were also quite reasonable, from $7 – $9. Another small board listed several pies for dessert, and yet another advertised a breakfast special for $7.

The main attraction, though, was the hot counter. Here you could select your meat and up to three vegetables. There was the requisite fried chicken, chopped steak with gravy, and roast turkey. I was a bit disappointed in their selection of vegetables. It seemed to be mostly starches, such as mashed potatoes, mac and cheese, rice, and dressing. They only had collard greens, green beans, and corn, as far as I could tell. There was nothing with any tomato.

The turkey and dressing looked too good to pass up, so that’s what I selected. I also got some green beans and mac and cheese. There was a spoonful of cranberry sauce added, and I rounded it out with sweet tea. The friendly folk kept offering me things, such as rolls and banana pudding, but I declined. I had enough food. 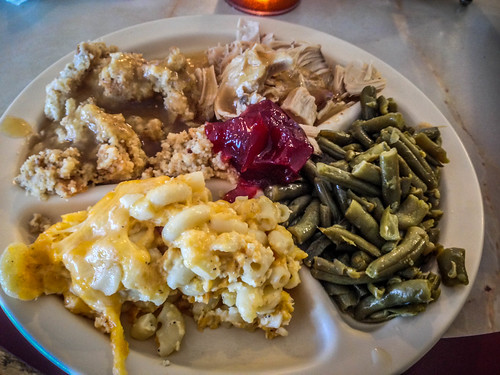 The flavors were excellent – everything you would expect a home-cooked turkey meal to be. It had just the right amount of seasoning, and I gladly consumed every morsel.

This was where things really took off. Ann, the waitress, knew everybody. And if she didn’t know you, she was going to get to know you before you left. As various regulars came in she would ask them about their lives, such as, “How’s that car coming along you been working on?”

Not only was she friendly, but efficient. She helped me navigate the ordering process and get seated, and checked on me regularly. It was about as good as it gets.

Yes, I will be back. I may make a point to get over here for breakfast sometime, because I’m always looking for new breakfast venues. My one disappointment was the lack of variety of vegetables, but perhaps I just hit it on an off day. I miss my stewed tomatoes and fried okra that I find on other meat-n-three bars. Other than that, it’s a great place. I highly recommend for both value and quality. Even though it can be hard to reach, it’s certainly worth the effort. 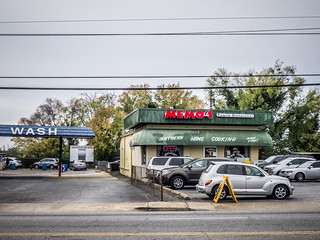