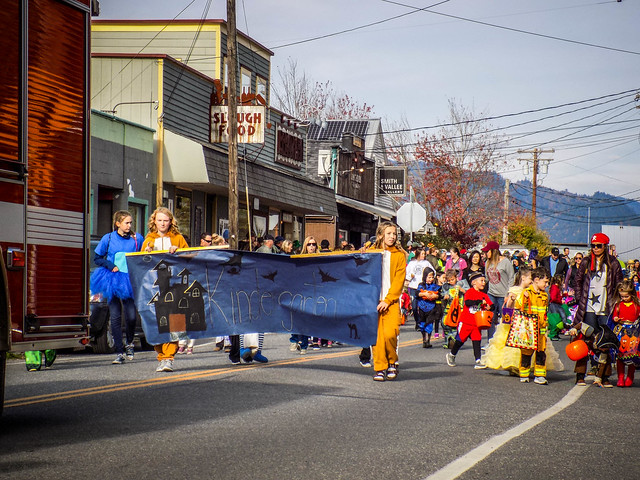 Our neighbor, Linda, works at Bow-Edison Elementary and told us about the annual Halloween Parade through Edison. The kids come to school in costume and after lunch they parade through the small town. Parade watchers line the streets and throw/give candy to the kids as they pass by.

On Halloween day I was not doing well. I had a severe case of gout in my heel and could just barely walk. We decided to get to town early and have lunch. We found an excellent parking space along the parade route not too far from the Old Edison Inn. I used a pair of borrowed crutches to hobble over for lunch. Several other parade attendees, including some in costume themselves, were also having lunch there.

We made it back to the car and got set up with our chairs and candy. Other parade watchers arrived. Some were in costume, but most were not. There were parents with pre-school kids in costume, grandparents, and citizens of the community in general. 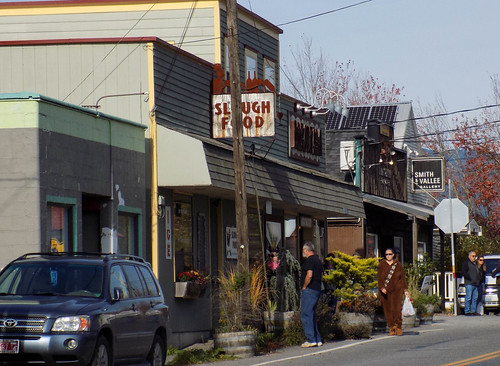 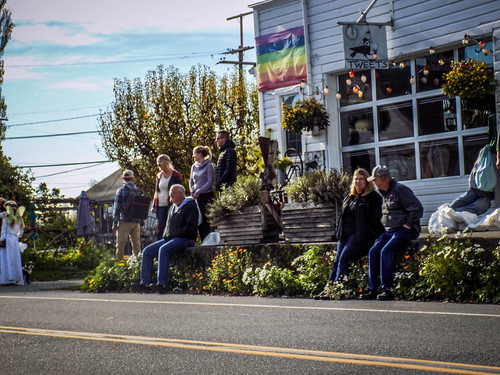 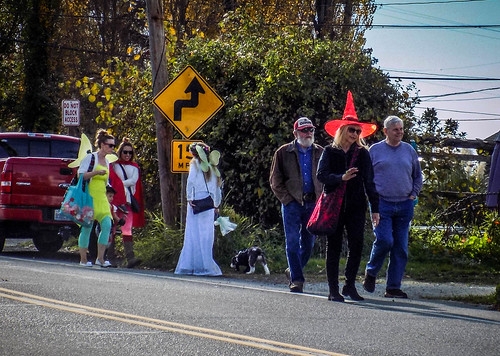 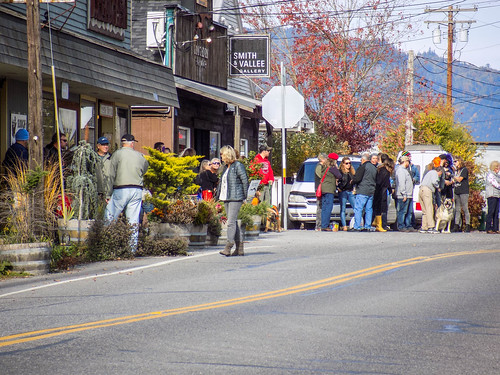 The school is located on the east side of the tiny town. Starting at 1:15 the students walk a loop that takes them around about four blocks along the main commerce section of Edison then back to the school. Traffic is blocked off and a fire truck leads the parade. 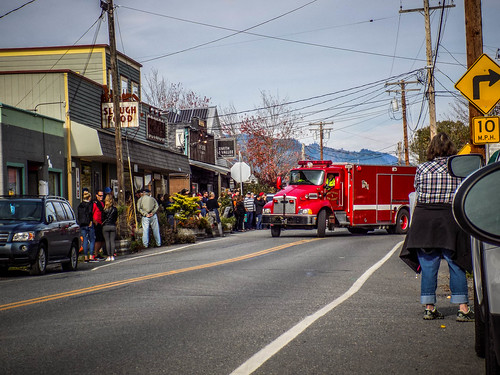 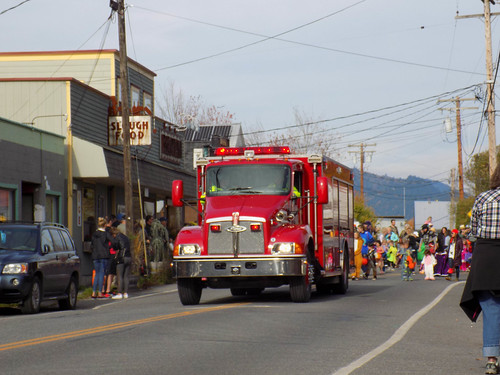 The students march past in grade order, starting with kindergarten and ending with sixth grade. All of them were in costume, including the supervising teachers. There were some amazing costumes. 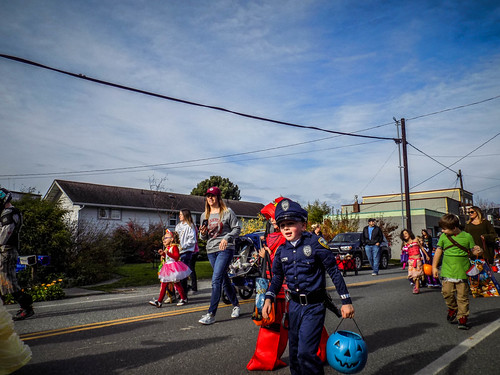 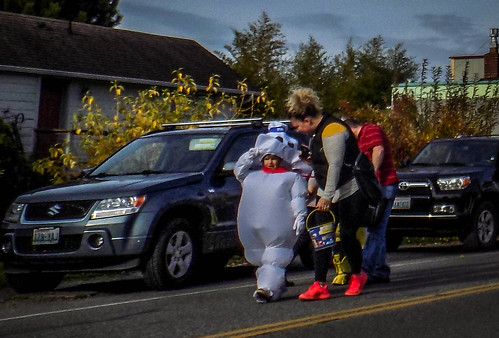 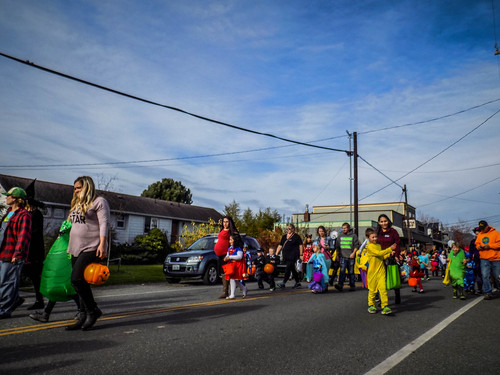 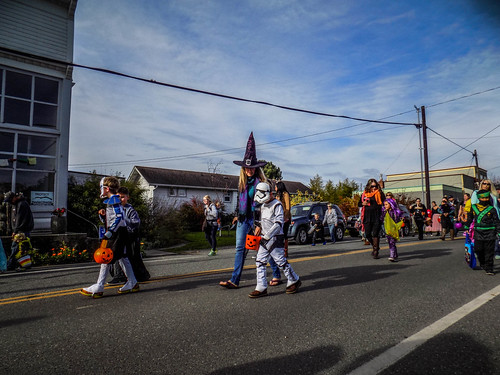 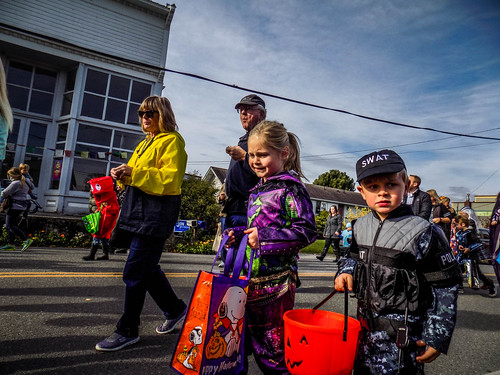 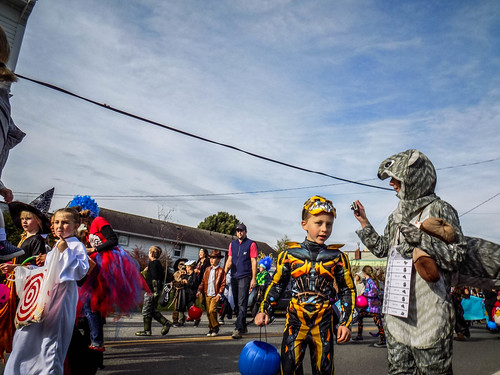 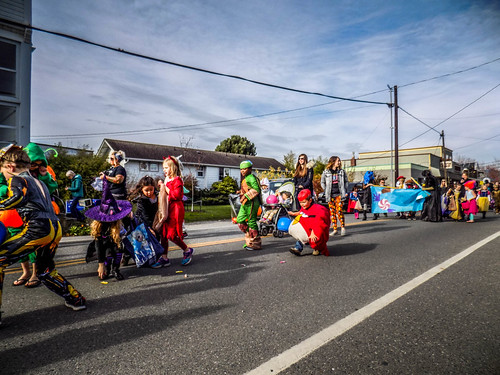 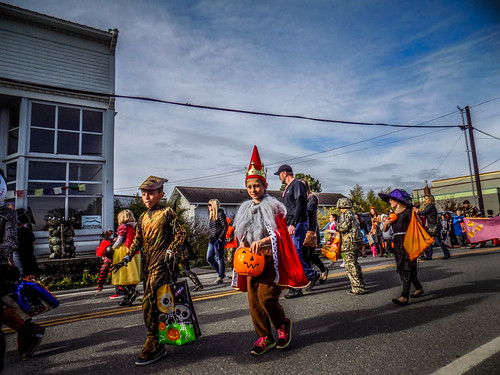 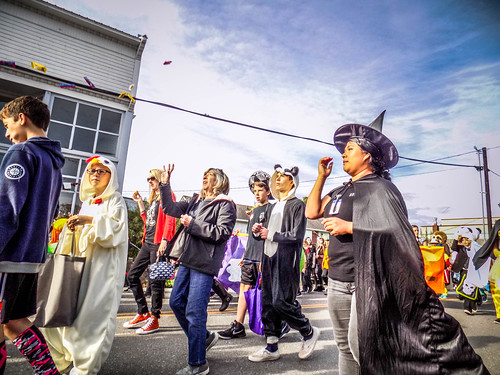 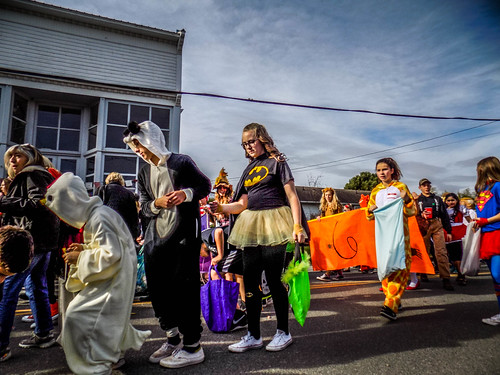 The last group was an association of home schoolers who joined the event.

Since I was otherwise hobbled I let Laura pass out the candy while I took photos from my chair. We tossed some candy out to the passers-by, but many came up for candy in trick-or-treat style. When the rush got overwhelming I helped out with the candy distribution. 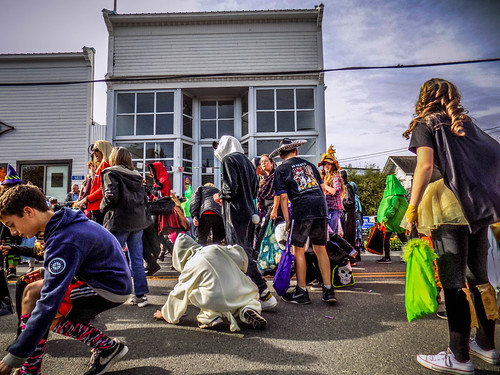 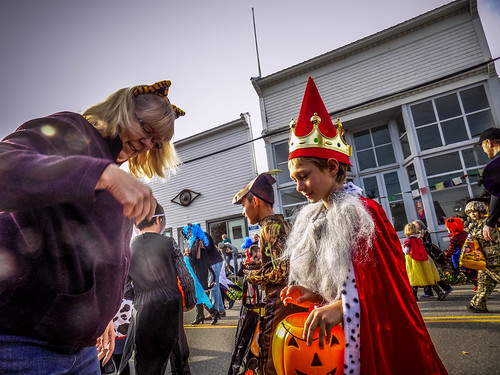 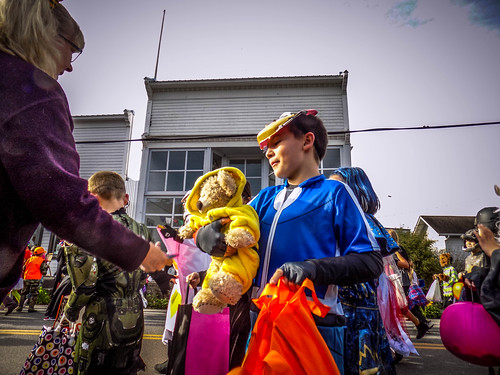 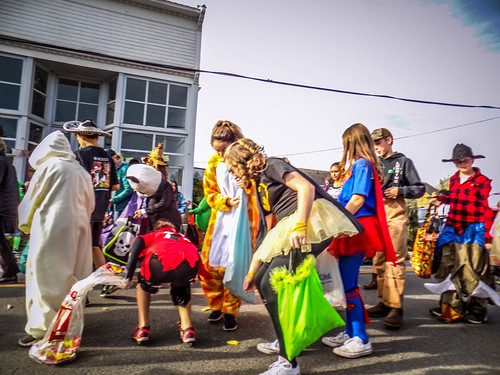 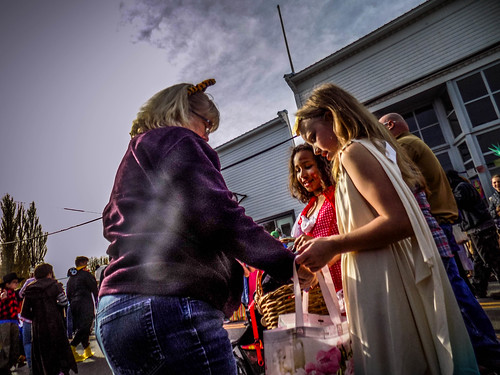 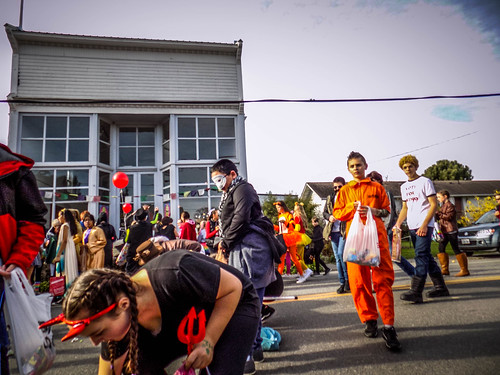 Among the parade walkers we spotted our friend Linda, dressed as a scarecrow. 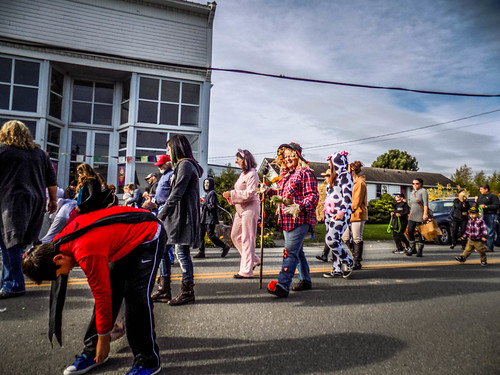 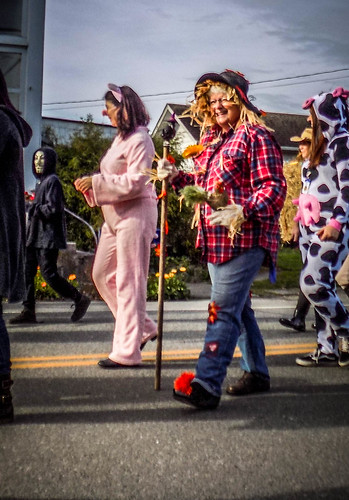 After the parade cleared we loaded up and drove toward Bow. There are only two ways to get into the town of Edison, and both had been blocked for the parade. As we left there was a long line of cars waiting to get through the town. One truck driver was out of his vehicle and gesticulating furiously. Tough luck, dude.

The event was great, and served as another example of how wonderful things happen in these small town environments. This would NEVER happen in Greenville. First you’d have all the extreme religious whackos object simply because Halloween was involved, then you’d have all of the safety and liability concerns.

Afterwards Linda said that Edison is the only town in the area with this tradition and its been going on for 43 years. Some of the older folks watching the parade talked about when they marched as students. I think it’s a great tradition that brings the community together, and I hope it continues for many, many more years.

We ended our Halloween by spending the evening at home watching the second season of Stranger Things. Even though we had lights on and candy available, we had no trick-or-treaters on the island. I guess that’s one thing about the parade – it’s a controlled way to trick-or-treat. No need to go out to strangers’ houses in the dark.

…and for the record, there are only two taverns in Edison and we frequent one of them regularly. There are also antique stores, art galleries, and several fine eating establishments. It’s a nice little town. 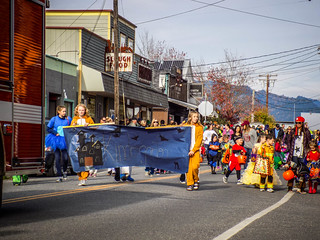 2 thoughts on “Halloween Parade in Edison”