I got a message from one of my compatriots on the Abandoned, Old, and Interesting in South Carolina group on Facebook. She was telling me about a couple of old schools in the area that I might have missed. One of the schools in question was Double Springs School, just around the corner from Double Springs Baptist Church on Highway 290 north of Greer. My FB friend said that her father had attended school there, so I figured the claim was legit. I checked out one of the locations in Streetview, and, sure enough, there was a school I had completely overlooked.

Since was it was fairly close, last Tuesday afternoon I decided to check it out. I had to run up to Furman, so I was cutting across country, across the back side of Paris Mountain, to get to the location. Along the way, I made a few other discoveries.

From Furman I took Old Buncombe up to Little Texas Road, then connected with Darby Road. Normally if I’m taking the back route I cross at Sandy Flats and take Lynn Drive, but this time I was doing something different. I spotted a few very unusual things along the way on Darby, but I want to start with the school.

Double Springs School was right where my Facebook friend said it would be. Once I knew what to look for, it was pretty obvious. My friend also said that she hadn’t gotten a good shot of the school because stopping on that busy road could be treacherous. She was also right about that. Fortunately, there was a way to pull off the road close by, and I was able to get this shot. 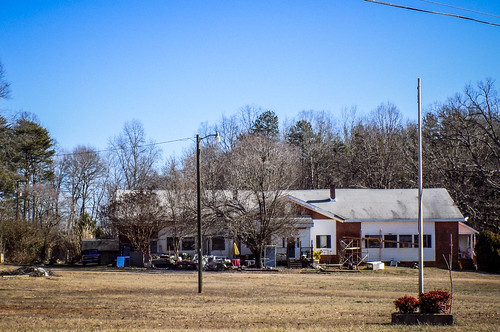 Now I know why I had missed it the many, many times I’ve driven down this road. Set off the road as it is, it just looks like another ranch house. The white framed windows to the right look like a garage at first glance. I imagine that there were much larger windows that were reduced in size. This happens with so many old schools that are converted to private residences or other purposes. This one did look like it was now a private residence. There was lots of stuff on the outside, as if a permanent yard sale were underway.

I did check the school in both Google Earth and the Greenville Tax GIS website. The circular drive and the way the building is set back from the road makes it even more clear that this was the correct place. Even though from the road this looks like just another ranch house, the building is larger, in comparison to other houses in the area. 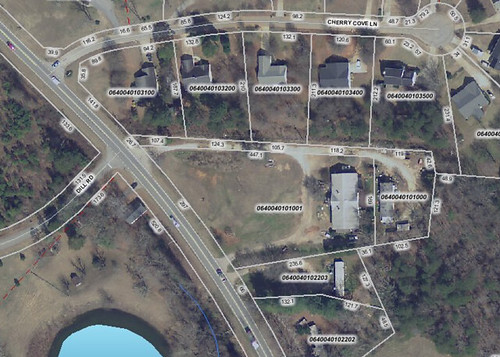 I retraced my steps, turning back off of Highway 290 onto Darby Road, planning to check out some of the other items I’d spotted. First up was a very weird concrete wall. At first glance I thought this was another quarry like the one at Sandy Flats, or perhaps a construction site. However, at the east end of the wall was an elaborate gate and a round tunnel through the concrete. Beyond that was a very nice house. It made me wonder what in the world they needed to protect behind such an elaborate concrete wall. Were they that paranoid? 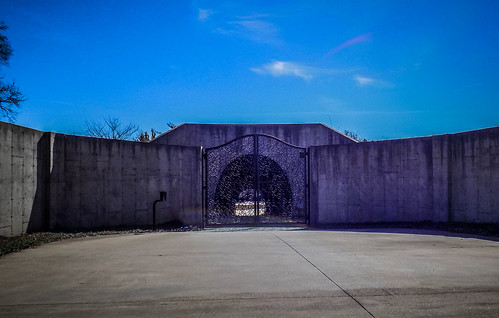 When I checked in Google Earth the answer was a bit clearer. This was, in fact, a large farm with an airstrip. The airstrip runs in front of the house, and the tunnel actually runs under the runway. The concrete wall shores up the part of the runway near the road. 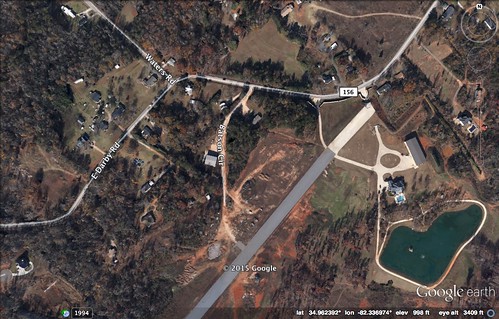 The farm is fairly extensive, as seen on the tax map. It looks like they built the runway on the only place they could. 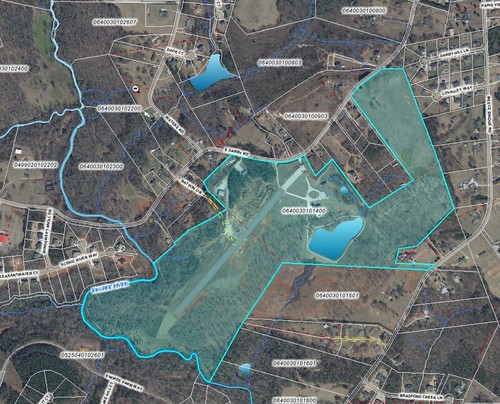 Continuing west on East Darby the road runs next to a lovely stretch of the Enoree River. This is where I found the other interesting bit of history. Down near the river in a bend is a set of ruins. The position made me wonder if this was an old mill. 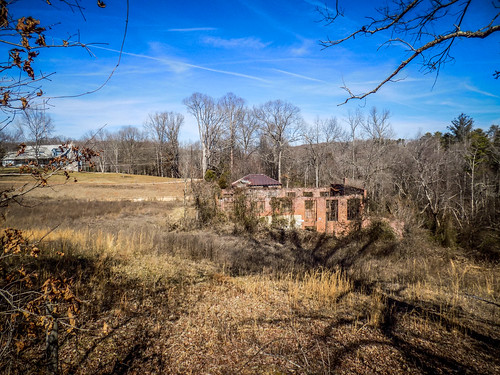 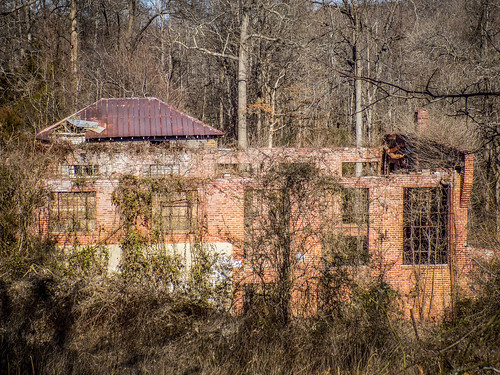 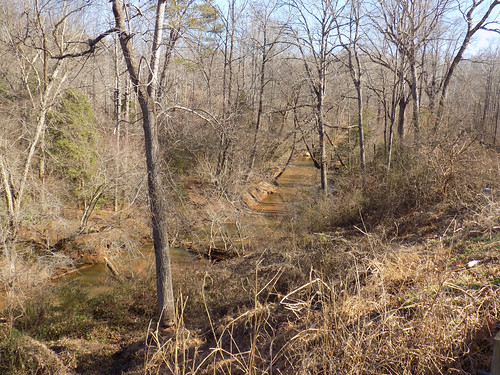 I took shots from the road, but couldn’t get any closer. Google Earth did show the position in relation to the river, which made me question whether it was a power station or a mill. There was no dam or other obvious diversion. 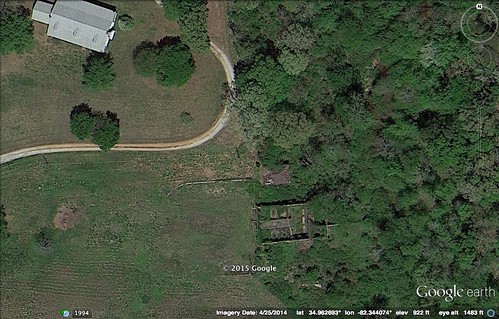 Asking a couple of questions on Facebook pointed me in the right direction. The property was up for sale recently, and part of the description was that, “The historic Greenville water system building adds character to the property as well.” I guess that’s one way to add a positive spin to a bit of abandoned brickwork on a property for sale. 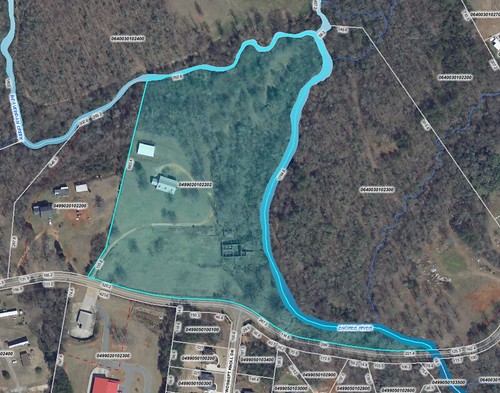 The Commissioner of Public Works of the City of Greenville has owned its water system since 1918 when the original nucleus of the present system was purchased from the Paris Mountain Water Company for the sum of $800,000. The acquisition was authorized by a City referendum that also approved the issuance of $1 million of general obligation bonds and the establishment of a “Board of Commissioner of Public Works” vested with the authority to acquire, operate and control the water system. The proceeds of the bond issue were used to purchase the facilities and to finance the development of a supplemental water supply on the Enoree River.

I don’t know if that is referring to this specific spot on the Enoree, but it seems likely. So, I’m guessing these buildings date from that time – sometime around 1920.

It was an interesting day out and about, and I made some cool new/old discoveries. I appreciate it when I get leads that turn into something cool like this, especially when they are so close to home.