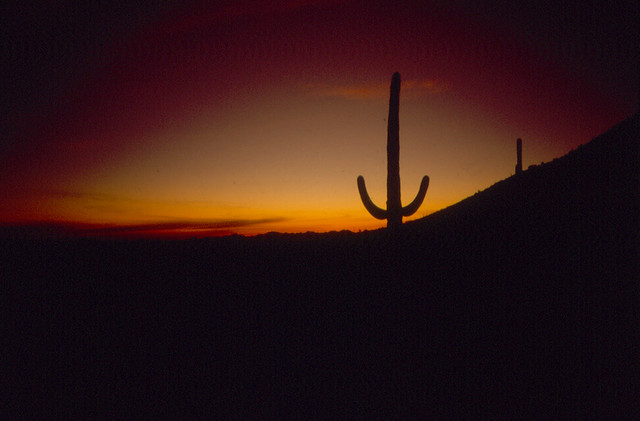 Our last big sabbatical was in 1991, twenty-six years ago. Laura has had other sabbaticals since then, but these have been half-year leaves involving work and research with local companies. During those sabbaticals I was working in positions I couldn’t leave easily, so an extended trip wasn’t possible. This is the first extended sabbatical away we’ve been able to do since that first big one, and we can’t help but draw comparisons between them.

In 1991 Laura started doing research at the University of Arizona. We hauled two cats from Greenville to Tucson, as well as most of our belongings. It was a great year, at least from my perspective. Laura learned about scanning tunneling microscopy (STM), but had to deal with sexism and an obnoxious research partner. I got to climb canyons, learn how to carve Hopi flutes, and develop my skills in photography and instructional technology. We were both able to do more travel and explore new areas. We were relative newlyweds, so that time away strengthened our marriage.

Even though I had lots of time to explore, the 1991 sabbatical was much more structured than our current one. Laura had her lab work and I was taking graduate classes at the university. I also worked two part-time jobs and was singing with the Arizona Repertory Singers. This sabbatical will be much less structured. Laura will be writing up research she’s done in previous years, but neither of us has a set schedule. She won’t be keeping lab hours or teaching, and I have opted not to get involved with a singing group.

Back in 1991 we were also broke. We had a mortgage in Greenville as well as rent in Tucson. Neither of us were up to our full normal annual salary. As previously stated, I was working part-time, at best, and Laura was at half-salary with grant funding to make up most, but not all of the difference. This time we may not have much more money, and any sabbatical away is an expensive proposition, but we’re not completely broke. Our home in Greenville is paid for and we don’t have rent in Washington since we’re living in Laura’s parent’s place.

Arizona is in the middle of the Sonoran Desert. We lived on River Road, right next to the Rillito River. Both the Rillito and the Santa Cruz Rivers were dry washes for most of the year, but during the monsoon season a shallow flow came through. Rainfall was sparse, but dramatic when it came.

We laughed at some of the attitudes about weather in Tucson. If there was even a 20% chance of rain outdoor events would be cancelled or moved indoors. It was kind of like the same way we react in Greenville if there is a slight chance of snow. 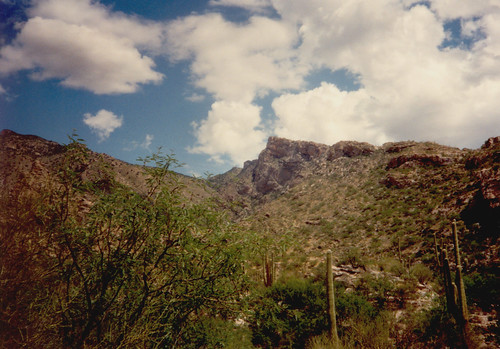 So we move from one of the driest places in the nation to one of the wettest, the Pacific Northwest. If they were to cancel events with the same frequency up here, nothing would get done. Case in point, the recent Salmon Festival on the banks of the Skagit River in Mount Vernon. It was to take place Saturday a week ago. They were calling for rain, but the outdoor festival took place anyway. I decided to go. There was a slight drizzle and very few crowds, but it did happen. 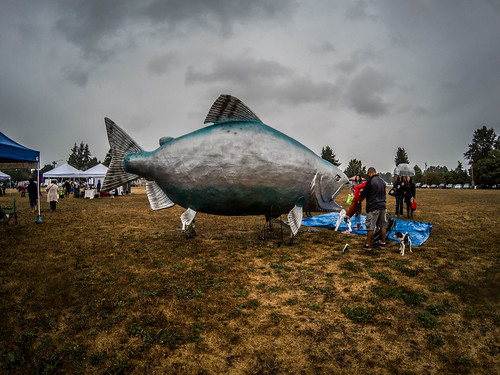 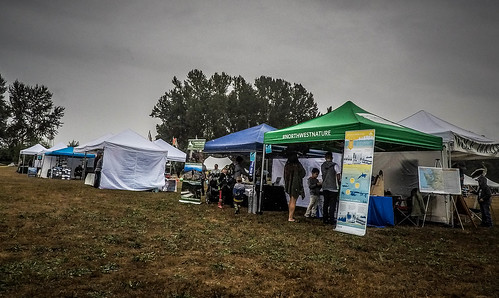 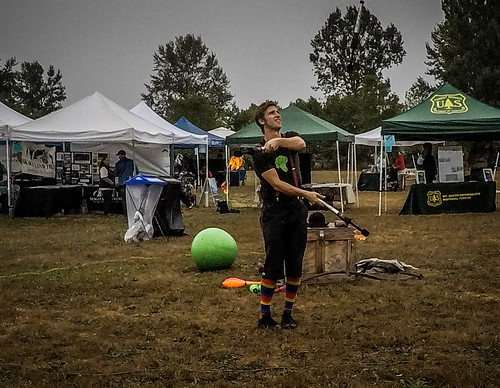 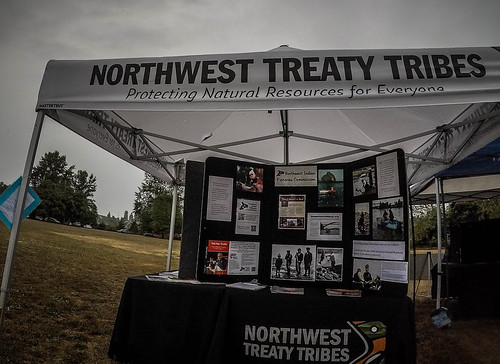 We made lots of new friends in Tucson, but we kind of lost track of some of our old friends back home for awhile. This was pre-Internet. Laura had access to a rudimentary e-mail system called Bitnet, but any other communication back home was the old-fashioned kind – letters and expensive long distance phone calls, which were rare. We were much more isolated from friends and family back home.

Now I’m in constant contact with my friends and family. I chat regularly via text message and Facebook messenger. I even did a FaceTime tour of the house and yard with my brother. I’m still blogging (obviously, if you’re reading this), even though that seems to have fallen out of fashion with our attention-deficit society. There are many more ways to stay in touch. We’re further away, but the distance doesn’t seem as great.

Since we’re in constant contact through social media the time difference between us and our friends is even more pronounced. Arizona was either three or two hours behind Greenville, since they don’t observe Daylight Savings there. (They have enough daylight in the desert.) We’re three hours behind here in Washington, too. It seems strange to see friends check in on Facebook for lunch when I’ve just barely started breakfast. I’ve been able to listen to the Furman games online, but those games have started as early as 9:30 am our time.

Greenville is an extremely conservative town, and I’m not just talking about politics. There are southern formalities and customs that you don’t even realize until you’ve lived elsewhere for awhile. Both Tucson and Washington are much more relaxed about a lot of things. When I was looking for jobs in Tucson I’d wear a jacket and tie for interviews, and the interviewer would often comment on my formal attire. As a computer lab instructor at an elementary school there I’d wear jeans every day. I was expected to dress much more formally and professionally while teaching back home. 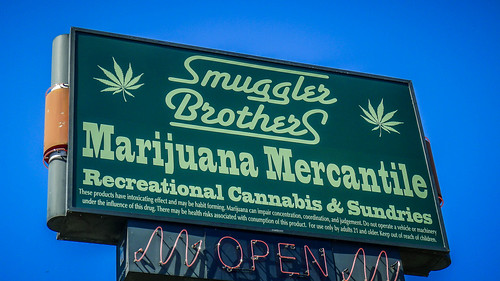 But that’s part of the purpose of a sabbatical, to learn and experience new things (not that we’re going to partaking of the product pictured above.) Another difference between these two sabbaticals is that Arizona was completely alien to us, whereas we have a strong familiarity with Washington since we have visited so many times. The challenge is to seek out new things to learn and discover. That will be when the real fun comes in. 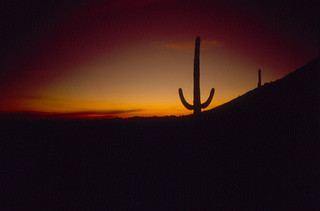