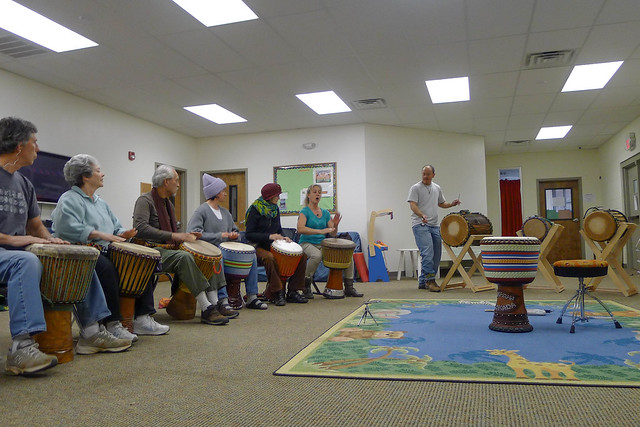 While I’ve been able to find several venues where I can play my banjo, finding a venue for the new drum has been a bit more problematic. We weren’t able to find a drum circle while we were down in Florida, so I looked for options in Greenville. A friend online mentioned the Greenville Unitarian Universalist Church. But, of course they would have one. It wasn’t exactly a circle, but it was interesting.

My first step was to visit the GUU website. Their calendar did, in fact, list an “African Drumming Class” every Thursday night. I was intrigued. I sent an e-mail to the facilitator asking for more information. He responded quickly, stating that this was part of an ongoing class. They were several weeks into an intermediate class, and a new beginner class would be starting late in April. There was a registration and a fee for the class. Even so, I was welcome to visit and observe and see if it would be right for us. Since it was Thursday, I made arrangements to go that evening. At the appointed time I headed on over to GUU on State Park Road.

It was definitely a learning experience. Students began to arrive, and I followed them into the room. There were about a dozen students, and they all had their own drums. The drums all seemed to be heavy hand-carved djembes, much larger than the one I’d just purchased. Laura and Amy’s drums would be toys compared to these. The guy in the chair next to me said that his was carved by a master djembe player who lives in Greenville. I didn’t ask about the provenance of the other drums. 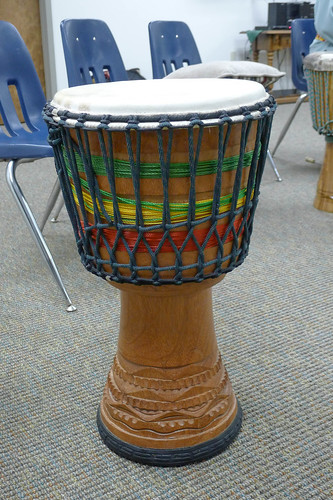 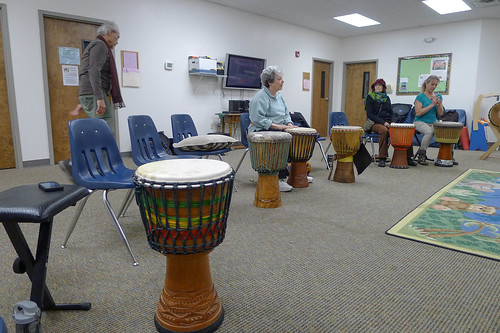 Each of the students had cases for their drums. Some had a circular cushion to protect the drum head. This cushion doubled as a seat cushion. Others had waist sashes to support their drums. 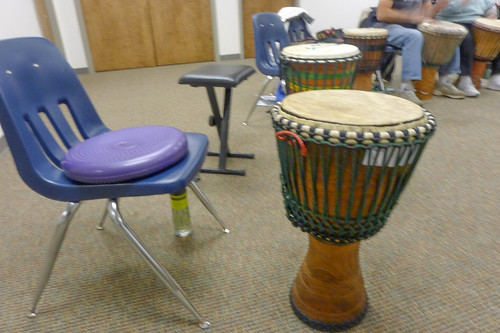 The instructor, Ben Weston, introduced me to the group. They seemed very friendly, but there were certainly no Africans or anyone of African decent. It was a mixed group as far as male/female, and they were of varying skill levels. 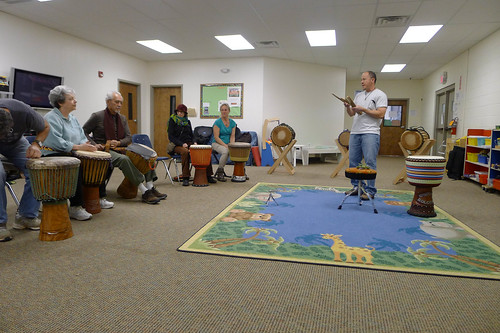 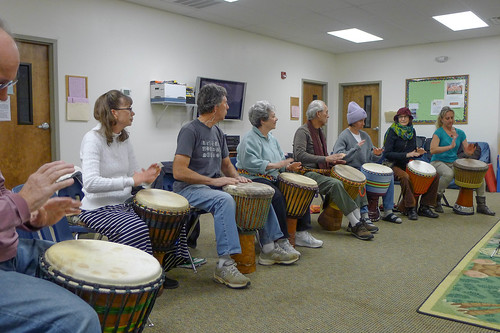 Ben tied a set of bells to his ankle so that he could tap his foot and keep a steady beat. He also taped a set of rhythms onto the wall for the group to follow. 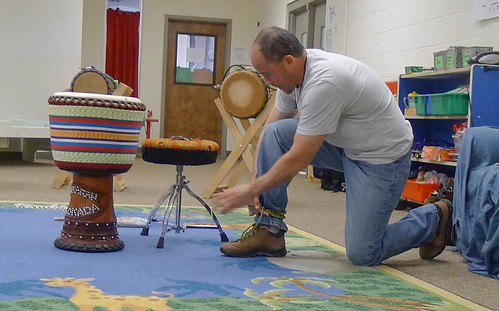 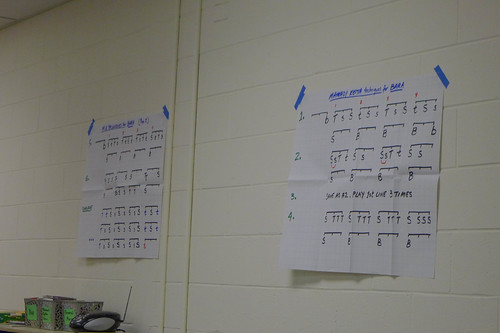 They dove right into the lesson. The rhythms were understandable, and I had already learned the three basic beats – bass, tone, and slap. I felt like I could have played anything they were doing. What I didn’t know was the terminology. Words such as as chaffe, soko, and dundun were totally new to me. I also didn’t really know anything about the traditions or history of West African drum ensembles. I just knew how to hit the things and make a reasonable sound.

The group spent most of the time practicing several rhythms they had learned in previous weeks. They played these with dundun drum accompaniment, which seemed even more complex than the djembe rhythms. 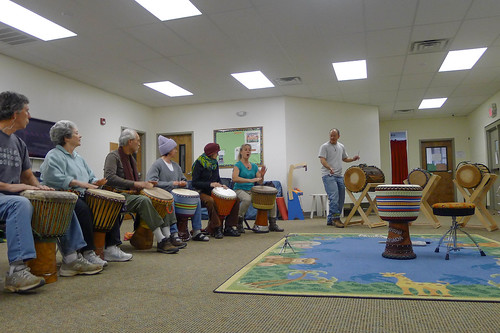 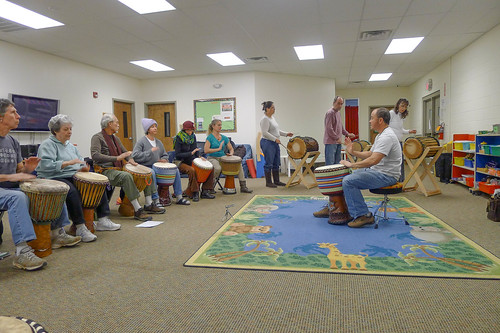 Here’s an audio sample of the playing:

Here are a couple of video examples: 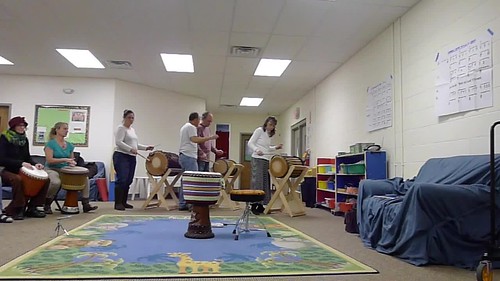 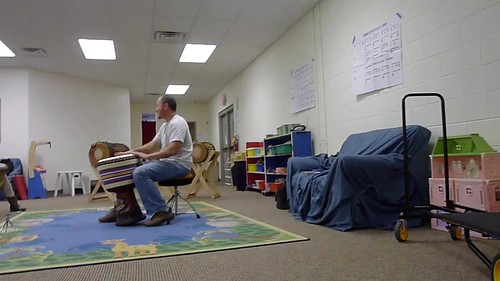 I didn’t stay for the entire class by slipped out before the class was over. I learned quite a bit, but I came away thinking that I could probably already play anything they were doing this evening. I don’t understand the nuances nor the traditions and history, and that’s where the class would really come in handy.

Even so, I’m not sure this class is really what I’m after. It seemed to lack that feeling of spontaneous corporate music that I was seeking. I still think an informal drum circle is a better introduction, especially since my little djembe doesn’t compare to the fancy ones in the class. It’s my understanding that there is a drum circle in Greenville next weekend. I’ll have to check it out.

My sincere thanks to Ben Weston for letting me sit in. I was quite impressed with his playing (and teaching.) 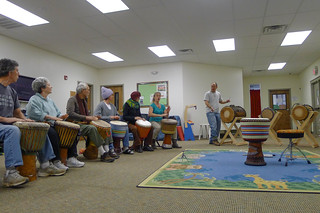