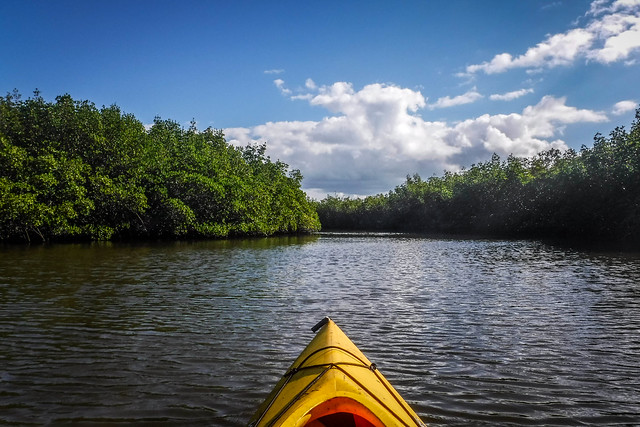 Ever since we first discovered it nearly 30 years ago, Laura and I have enjoying coming to Jack Island. Jack Island State Park and Preserve is a 340 acre island on the Indian River side of North Hutchinson Island. Trails circle the island and cross it. There is a birding tower on the river side of the island. This was the first place I discovered the thrill of “hunting” birds with a long telephoto lens, and that capturing them in this fashion was just as satisfying (even more satisfying) thank actually shooting something. We try to come back to the island as often as we can when we’re down this way.

Jack Island isn’t very far from Amy’s house. However, I’d never been there by boat. I think I might have paddled past it on one of my extended trips, but I’m not sure. This time I had a goal. I was going to paddle until I found the birding tower. That way I could truly say that I had paddled to Jack Island.