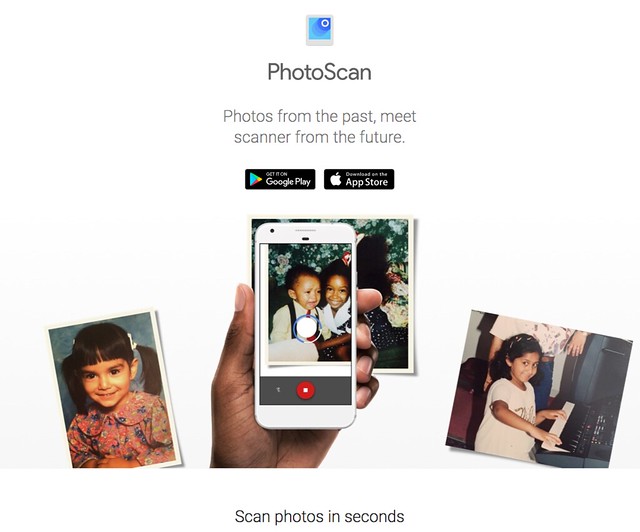 This week Google was making news with the release of a new app. PhotoScan is designed to capture old photos from photo albums, with algorithms to enhance the photo and minimize glare. I have tons of old photo albums from Laura’s family and from my own family, and I’ve been trying to find the most efficient way to digitize these images with the best possible quality. I figured I needed to give PhotoScan a shot. 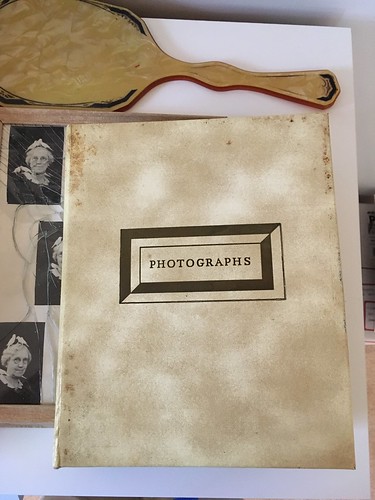 Here are my first impressions…

PhotoScan claims to capture old images while minimizing the glare from glass in frames, album sheets, or from the glossy finish of the photo itself. It’s supposed to be much faster than scanning. Here’s the promo video from Google:

The app is free, so there’s no reason NOT to try it. It also plays nicely with Google Photos, so that you have an automatic backup of the images you capture.

I tried the app with some of Laura’s family photos, intentionally selecting one in a glossy envelope with lots of glare. I took a reference photo using just the regular camera. 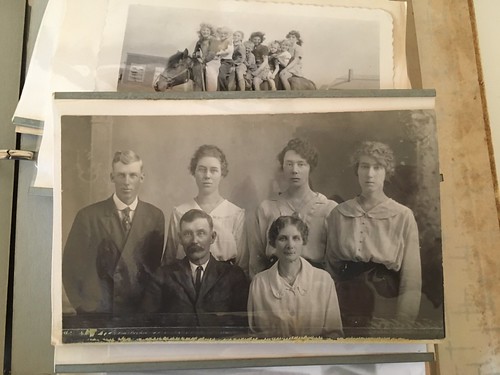 You can see some distortion created by glare, especially in the dark areas of the clothing.

The next step was to take the same photo using the PhotoScan app. The app takes an initial photo, then locates the corners of the image. Circles appear near the corners, and you move the phone so that the open circle covers each of the corners. The app snaps an additional photo at each of those locations, for a total of five image captures for one photograph. 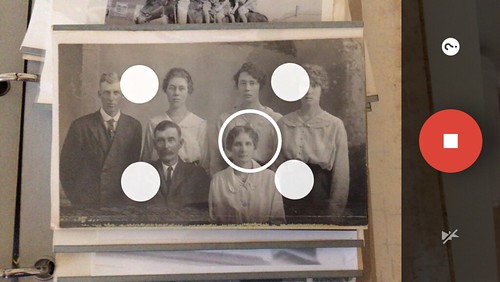 In theory, by moving the phone around you get different angles with different bits of glare. The app uses these differences to locate and remove the glare. The results are…mixed. 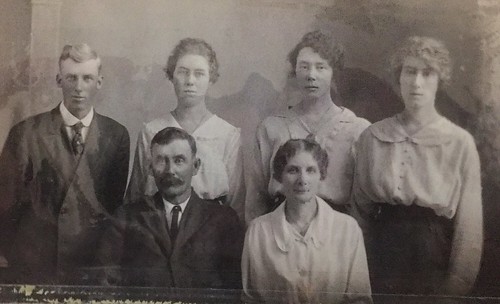 As you can see in the image above there is still some glare, and now even some distortion created by the algorithm. I tried again. 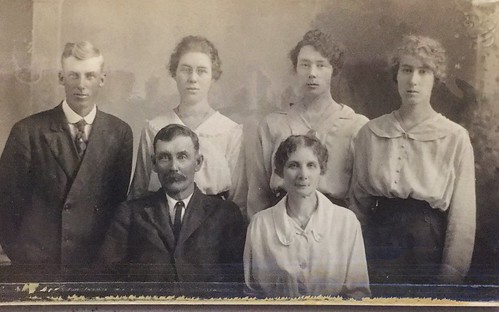 This one came out a bit better, but the guy on the left has some lighting issues with his forehead. The very first time I tried the app the flash was enabled. I got a good image, but it was washed out. I was not using the flash for these first two shots, so I decided to enable it to see if it cleared up those lighting problems. Overall the exposure was pretty consistent and the distortions are gone, but overall it’s still washed out in comparison with the original. 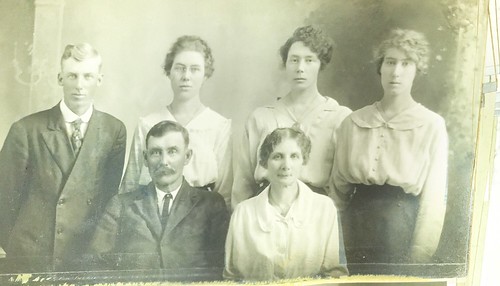 You will note that the last photo was skewed quite a bit. There is a way to correct it in the app, but I hadn’t learned how to use it properly when I took that photo. It’s actually pretty easy to use, as is the whole app.

I thought I would try again with a photo that wasn’t quite so glossy. 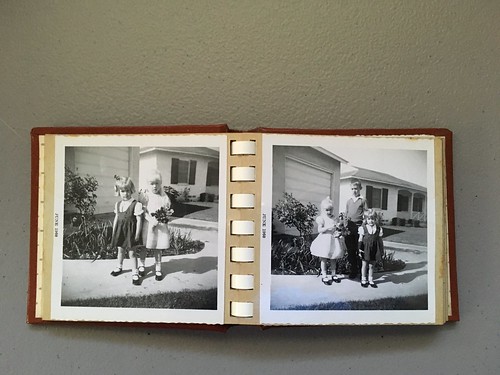 As with the previous photo, I took a reference shot with just the regular camera app on my iPhone, no flash. 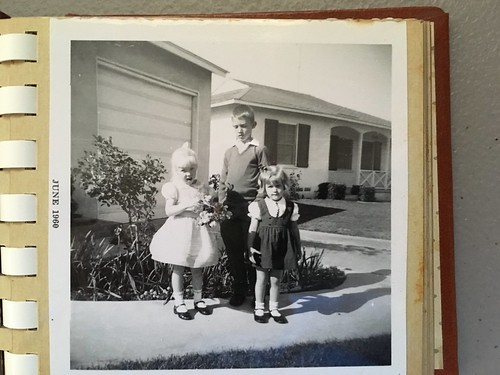 The results are good, for the most part. It almost looks like the lower right corner was desaturated to gray scale black and white, while some sepia remains in the upper left corner. There is a bit of distortion on the garage door. 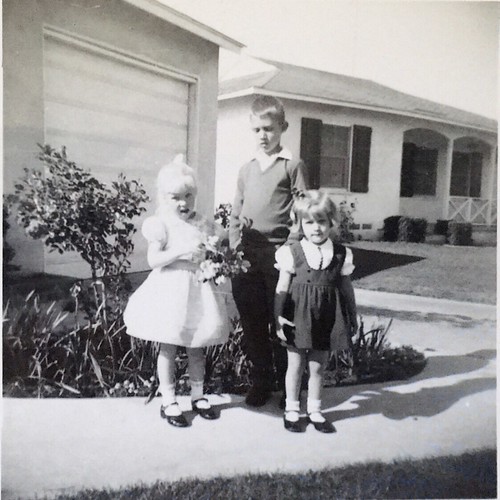 This is a good app, but not one that meets my needs. It may be faster than a scanner, but the results are variable, and you won’t get as high a resolution or as much detail as with a scanner. It’s not a good archival app.

The other issue is that this only does one photo at a time. If you’re wanting to do an entire album it’s probably not going to be faster than a scanner. The PhotoMyne app will image an entire album page and extract the individual photos, but the result there are variable and are also not of archival quality.

There are some situations where it WOULD work very well. Let’s say you’re visiting your Great Aunt Agnes and she pulls out some ancient photo album that has a photo of your mother as a child. If you wanted a copy, and this would be your only access to that photo album, the app would be a perfect way to capture it. PhotoScan would probably be OK if you have a stack of photos in a box somewhere and just wanted to capture a few. However, my suggestion for both of those situations would be to try to get the lighting as even as possible and just use the camera app on your phone. Sometimes too many algorithms don’t really fix things. 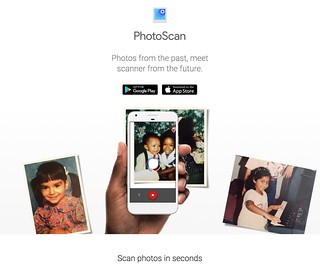