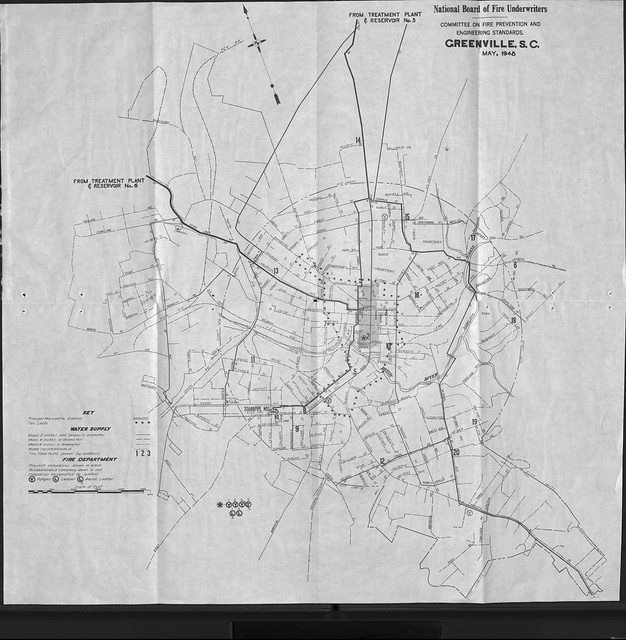 My late father-in-law had a problem with Greenville. He grew up in the wilds of Idaho along the Salmon River. However, he spent most of his adult life in large western cities, namely Los Angeles, where the streets are laid out in neat, tidy grids. Greenville’s streets always left him bewildered.

Whenever he gave me trouble about my hometown, I would reply that it makes perfect sense – Laurens Road goes to Laurens, Augusta Road goes to Augusta, etc. While that’s true, there are lots of other…questionable routes, and I could see how someone not from here would be very confused. Greenville’s streets are based on an early 19th Century design, and that pattern STILL influences our traffic.

Greenville began as a trading post and mill on the banks of the Reedy River. In the early days there were no streets to speak of, just roads leading to other settlements and communities such as Pendleton, Spartanburg, and Laurens. These roads followed the paths of least resistance. They stuck to ridges, went through mountain gaps, and crossed rivers where it was easiest. For that reason, these main routes were twisting, turning affairs.

Not that there aren’t nice tidy grids in Greenville. Even as early as 1790 Lemuel Alston laid out plats for a town he called “Pleasantburg.” 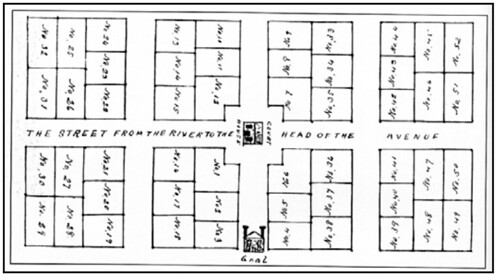 The county and courthouse administrative area were already being called “Greenville” or “Greeneville,” depending on which source you read, so that name took hold, and “Pleasantburg” was largely forgotten…sort of. A major thoroughfare does bear its name. 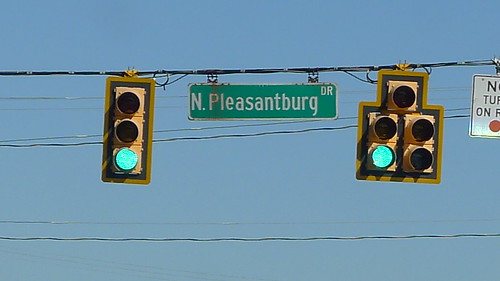 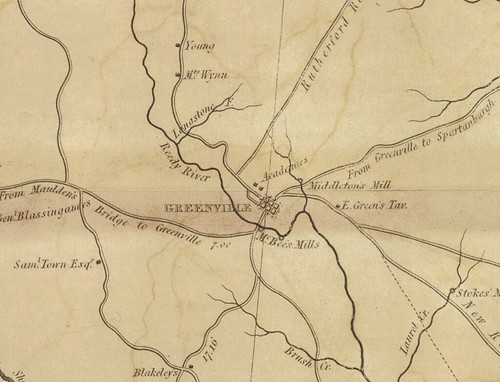 In general, the street names of Greenville can be broken down into several categories. The names often give a hint about the history of that road. First up, there are the “destination” roads. These are named for the cities or communities to which they connect. Several are already listed above, but here are several others.

Then there are the ones going to smaller communities.

Then there are a couple of other “county” destination roads. Buncombe Road, one of the oldest in the county, led from Greenville up through Saluda Gap over to Buncombe County and the city of Asheville. Rutherford Road led to Rutherford County, also in North Carolina. 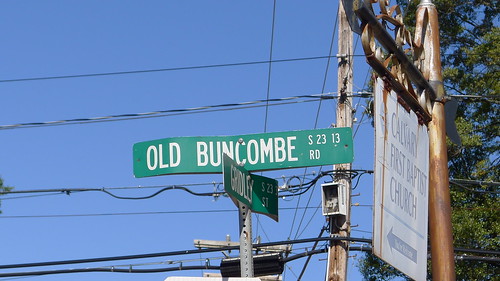 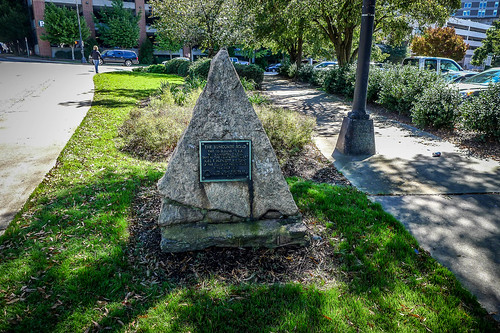 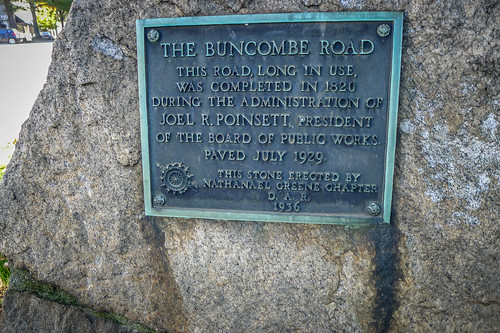 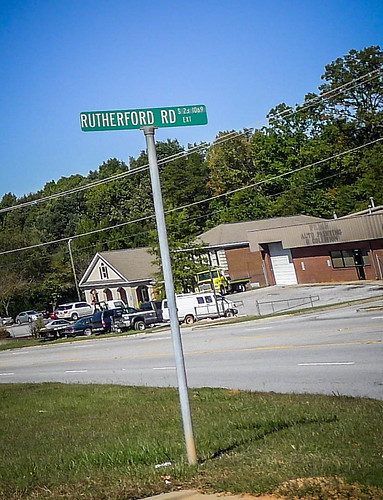 On most of these destination names the name changes within the city limits. For example, Augusta Road becomes Augusta Street, Buncombe Road becomes Buncombe Street, etc.

There are roads named for people, usually prominent citizens in the town, but sometimes state and national heroes as well.

When James Pettigru Boyce passed away his heirs divided up his estate, Boyce Lawn. Streets were laid out and named for Furman Theological Seminary professors. These include Toy, Pettigru, Whittset, and Williams Streets.

As seen in the list above, Greenville actually has TWO streets named for George Washington. Washington Avenue runs past the Zoo, the old Boyce Lawn, and intersects with Main. Washington Street runs along the west side of town. The two aren’t close, and don’t intersect at all.

Then, there are those roads named for prominent features along that road. Yes, there was some overlap with the “people names” here, too. 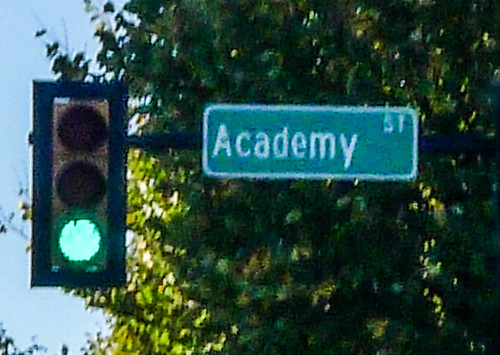 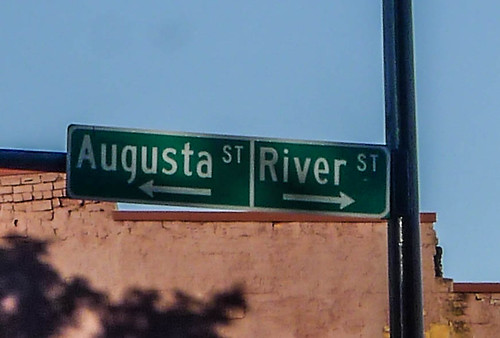 There are a few that not as obvious. Amy Burns from The Greenville News recently wrote that the White Horse Road was named for a tavern that had a white horse painted on the chimney. Coffee Street is apparently named for a person, rather than the commodity. 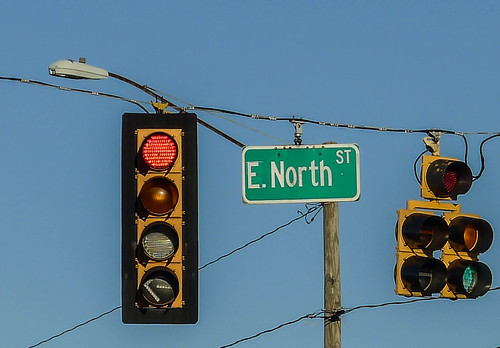 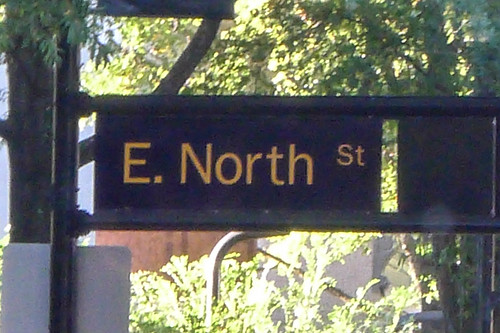 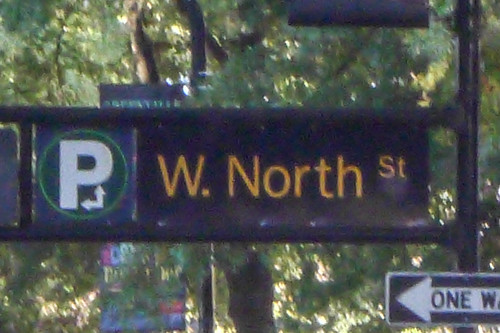 This naming scheme is consistent with other streets that intersect Main. 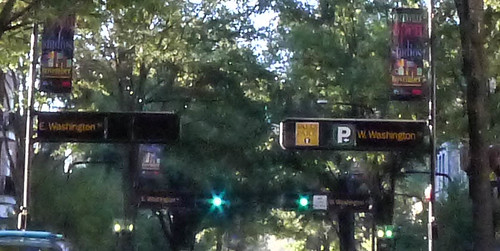 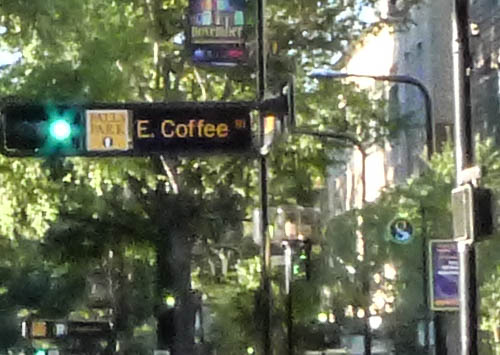 Over time these roads have been re-routed and straightened so that sometimes the road names are inconsistent, or don’t make sense. East North is a good example. Today Park Avenue crosses Stone Avenue and becomes East North. East North on Main Street, but connects with I-385, then name jumps over to the continuation of park. 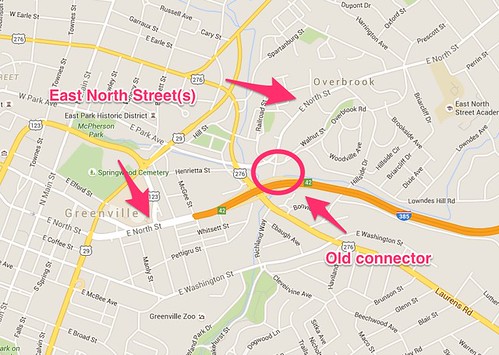 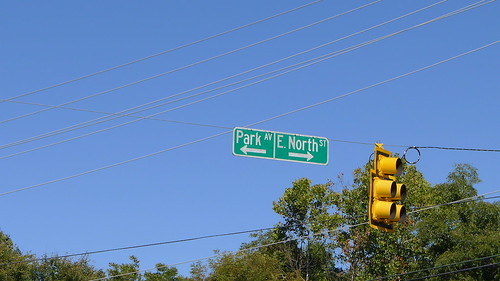 Academy Street once passed in front of the Greenville Women’s Academy, now Heritage Green, but now it also does some weird circle loop on both the north and south sides of town. Don’t even get me started on the weirdness of Pleasantburg Drive and its intersection with Wade Hampton, Edwards Road, and Pine Knoll Drive. 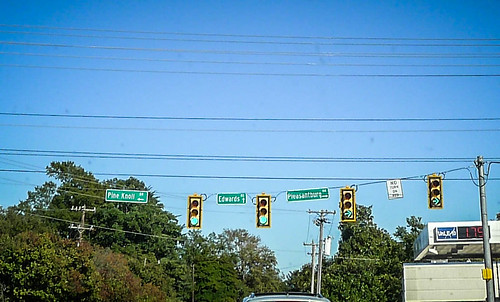 The many textile mills were not so prosaic when it came to naming the streets in the mill villages. While they used a grid system, north-south streets were given simple letters, and the east-west streets numbers. 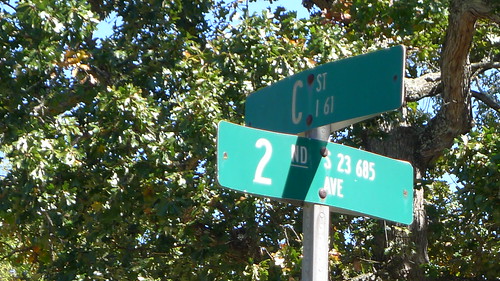 So, Greenville has a combination of grids that make some sense, overlaid onto a much older system of destination routes. Over the years those have been paved and re-routed so much that the names get jumbled and confused. This isn’t unique to Greenville, though. Spartanburg, Laurens, Anderson, and many others with a long history are just as bad. It would take a monumental effort and disrupt much of our city’s history to bring some order to this chaos. As for me, I’ll just use my maps and GPS and enjoy the weirdness of the Streets of Greenville.

3 thoughts on “The Streets of Greenville”