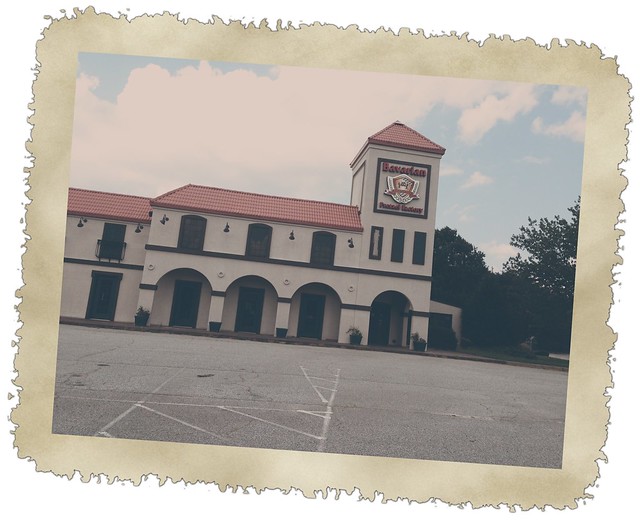 Bavarian Pretzel Factory has closed its doors. The owners say that they will continue baking breads and taking orders for specialty goods, but the restaurant is gone. I guess the “curse of the RandomConnections review” strikes again.

It was Keith Dover who discovered the body, so to speak, and alerted me via text. He had placed an order for potato salad, but when he tried to call about it, there was no answer. I had to run a few errands, so I swung by to see what was happening. At what should have been a busy lunch time, there were no cars in the lot. I peeked in the window, and all of the furniture was gone. While their website still seems active, a quick check of their Facebook presence confirmed that it was closed.

I think we could have called this one. Keith and my sister Glynda are the two people with whom I go get German food, and they had both noticed the tell tale signs that this place was in trouble. Some of the signs were subtle, but others were pretty blatant. I even pointed out a few of the problems on my initial review of the place back in 2013.

These observations turned out to be prescient. Subsequent visits confirmed this, as we noticed other problems. These problems were similar to ones I’d written about back in 2006 about another place in “The Slow Death of a Restaurant.” While the food was good, prices were too high, service was inconsistent, at best, and the place started to look unkempt. Laura and I met a friend out in their bier garten, and it looked like they seriously needed to take a weed eater to the place.

Oh well. So, the dearth of German cuisine in our area expands. Now it’s only Hans and Franz and Schwaben Haus. This, in a community that boasts BMW and so many other German industries. Seems like SOMEONE could get this right so that we don’t have to make treks up to Hendersonville and Asheville every time we want decent, affordable German food. The two places currently here really need some competition.