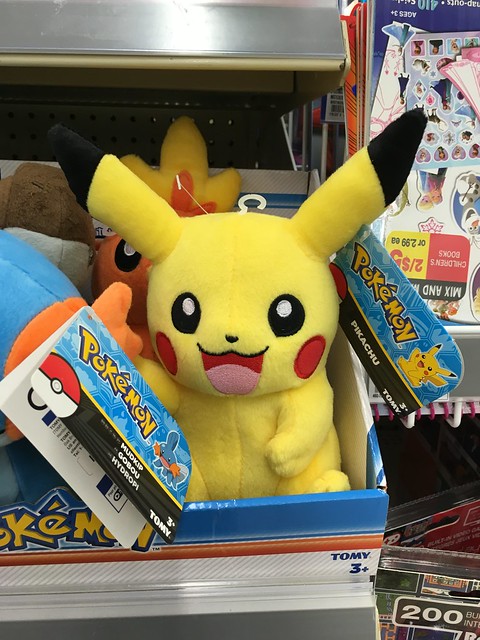 I did it. I downloaded the Pokemon Go app and have been playing it off and on for the past week. My intent was to sit down and write up a blog post, but as soon as I got a few seconds to gather my thoughts, some other blog post or news article had come out covering, hyping, complaining about the very points I wanted to cover. It seemed that anything I wrote would just be additional noise. But, to heck with it…

I was intrigued with the game because of its geolocation and augmented reality aspects. Without knowing anything about the game, it first struck me as a virtual form of geocaching. It seems I wasn’t the only one, as seen in this Bloomberg article, and several memes posted to Facebook. 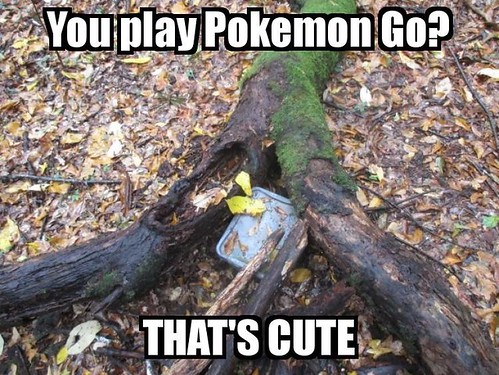 Some of my fellow geocaching friends have lamented this association with Pokemon. 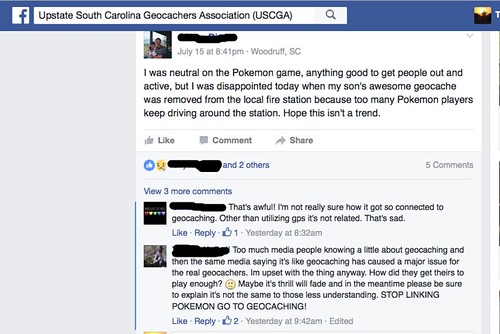 What it does bear in common with geocaching is a search for a type of treasure, be it a virtual monster or a plastic container in the woods. Even before that there was Letterboxing and Orienteering. There’s something appealing about following clues or a treasure map.

But, on to the game itself…

When I first started with the app I was impressed with the level of detail in the maps. There was a game-like quality, but there was a ton of information, including general building shapes. In fact, it was almost a scary amount of detail. 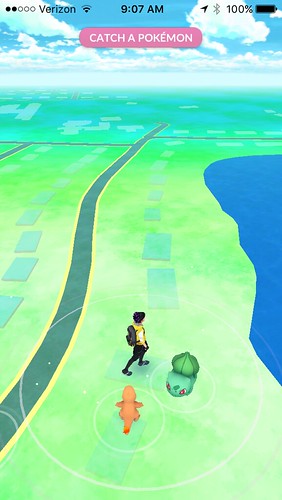 Over the course of several days I found the game play to be unlike geocaching at all. These stupid little monsters can pop up anywhere, and you really don’t need to move too far to find them. The “gyms” and “poke stops” are another matter. These are usually located at public places, but sometimes they are a bit…off.

Amy drove back from the store while I looked at the app. We noticed that EVERY church along the route had a poke stop. I know some of these would hail this as a way to attract church goers. One struck me as amusing, though. It was in front of a very conservative fundamentalist Baptist church, of the type that usually preaches sermons against things like Pokemon. 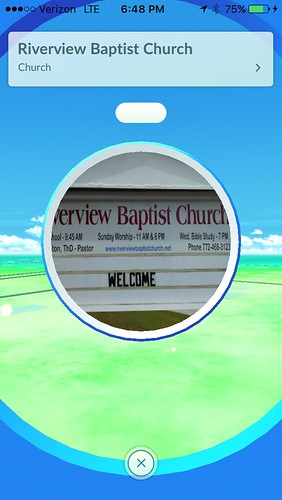 I don’t know what algorithm they are using, but some of the stops are in inappropriate places like cemeteries. Woodlawn Cemetery near Vero Beach, Florida, had nearly ten poke stops and two gyms. There were two guys hanging out at the entrance, obviously having a battle. Cars were slowly circling the cemetery to collect more poke balls. When I passed on another day, I saw that a funeral tent was set up right where there was a poke stop. That could get very awkward. 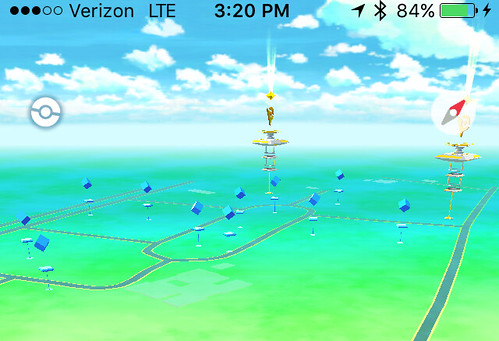 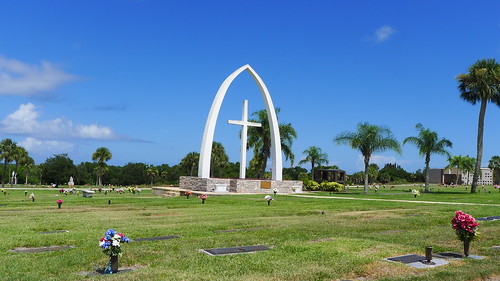 My friend Keith Dover works at a funeral, and he’s had to run some folks off for playing the game. Other places have outright banned the game, like all of the Bon Secours hospitals and medical offices. Here are a couple more images that have been circulating on social media. 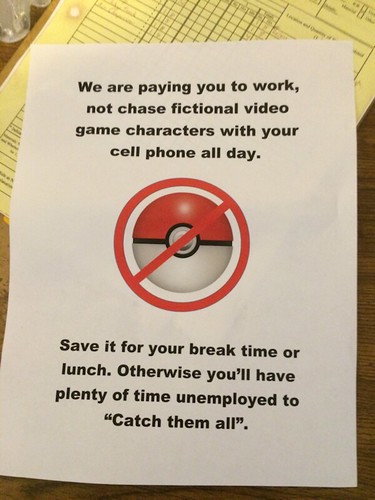 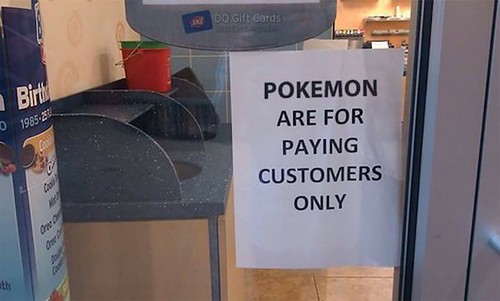 Some organizations have been embracing the game, though. There is a gym at the notorious Westboro Baptist Church, a group that I thought would be totally against Pokemon. The gym is currently controlled by a creature named “LOVEISLOVE,” a statement against Westboro’s brand of hate. Westboro has vowed to battle the current champ with their own Pokemon. That should be interesting.

I also spotted this sign in our local CVS: 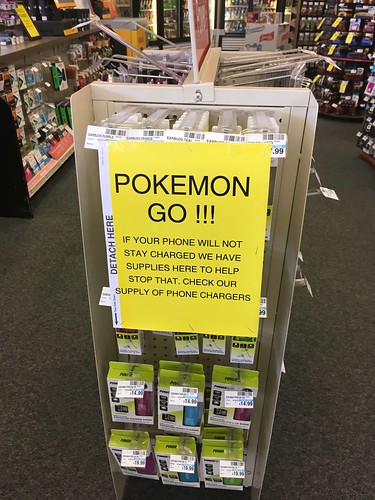 Personally, I think all this hype will blow over, and the novelty will wear off. As for me, I’m still fascinated by the game engine. I would love to see some other use for the technology. I could see this same thing used for tours. For example, something like this could be used at a historic battleground like Gettysburg, where users go in search of information and trivia about the historic site. Or, walking down Main Street of a town, a historic photo showing how that location used to look pops up. This goes beyond simple placemarks on a Google Map.

As for the game itself, the cuteness and concept generate make it seem somewhat silly, which is one reason why it gets so much derision. Well, that and the inappropriate locations, and the reports of people walking off cliffs playing the game. However, my friend Ken made a good observation while watching people play this at Furman.

The campus was flooded with people, and many …. most had hand-held devices and were apparently playing the Pokey man [sic] app.. Some folks make fun of people playing this, and many don’t understand. I have a positive take. The Harry Potter books got people reading who were not avid readers. The Pokey Man game gets people walking and looking. Yeah, the obsessive looking at the device is about like zombie apocalypse, with the shambling steps. But, in actuality, folks looked enthusiastic and happy and were getting exercise in nature. Yeah; I’m a fan now … if for that reason if none other.

And I think, in a nutshell, that was the original intent of the game. If that’s what happens, then I’m all for it. Plus, it actually is fun to play. 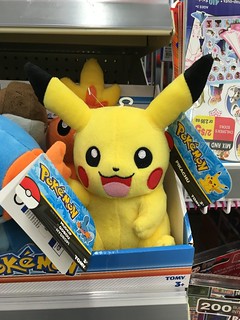