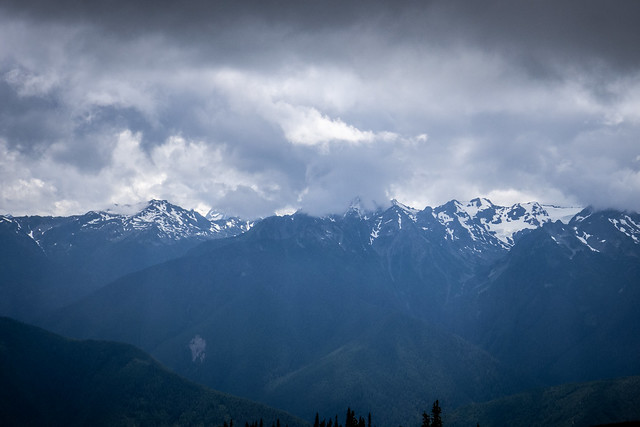 Several weeks ago Laura and her sister Amy drove across country to the house they inherited on Samish Island, Washington. They spent some sister time together and were able to do some final steps to close out their parents’ estate. Earlier this week Amy and I traded places. I flew out on Monday and will drive back across with Laura in a couple of weeks. In the meantime we’ll be getting back together with friends and visiting places we came to love during our year out here.

So far most of our visit has been spent around the house, enjoying the view and the cooler temperatures. When we’ve ventured out it’s usually been food-related with stops at some of our favorite haunts – Taco Tuesday at the Old Edison Inn, breakfast at The Farmhouse, muffins from The Store in Anacortes, and lunch at Calico Cupboard in Mount Vernon. It also brought home how much more expensive things are around here than back in South Carolina.

We have Amy’s dog, Luna, with us, and will carry her back across country with us. Some of the trips out have been to take her on long walks. Most of these have been to Padilla Bay or on the Thompson Trail near Anacortes.

I have been getting together with some of my music friends, but I think I’m going to save most of that for a separate post. Laura brought one of my guitars and my ukulele across country with her. I did a BYOI event on Thursday and have a Scottish session scheduled for Monday.

Last Christmas I got a multi-band programmable radio. With it I’ve been able to listen in to boater traffic coming in and out of Cap Sante, as well as commercial traffic heading into the refineries. Voyeuristic isn’t quite the right word. Audioristic, perhaps?

Any trip out here HAS to include a ferry ride, according to Laura. Last Friday she decided to do something a bit different than our normal trip from Anacortes to Friday Harbor. We decided to head down to the Port Townshend Ferry on Whidby Island and head over to the Olympic Peninsula.

We got an early start, driving across to Fidalgo Island, across Deception Pass, then on down Whidby Island to the Keystone Ferry Landing. Along the way we caught up on Brad Willis’s Murder, Etc. podcast while enjoying the views.

I had some moments of disconnect. We would pass a tranquil bay and my first thought was, “I need to get my kayak out here in a couple of weeks!” I had to remind myself that I was only out here for a couple of weeks and would be heading back soon.

At the ferry terminal I was able to tune into the WSDOT frequencies. We got news of the ferry’s arrival and how they were going to load before anyone else did. I also switched between that frequency and Marine Channel 9. Several rescue craft and emergency vehicles were gathering at the boat ramp at the park next to the ferry terminal. According to Coast Guard broadcasts, at least one kayaker and two boats had overturned in the Strait of Juan de Fuca. Conditions must have been rough. We only got news of the reports, but not of any actual rescues. I hope they are all OK.

We took our places out on the deck of the ferry. It was chilly, but the views were worth it.

We weren’t exactly sure what we were going to do once we arrived on the peninsula. The Sequim Lavender Festival was underway and we thought about checking it out. This is similar to the Skagit Tulip Festival. Each of the lavender farms in the area had tours and events, and major activities were scheduled in the nearby town of Sequim. However, listening to some of our fellow ferry passengers it sounded like it was going to be a zoo. We decided for more wilderness-type activities.

We drove around Discovery Bay and Sequim Bay, bypassing the town of Sequim and heading straight for Port Angeles. Laura had found a great lunch place online called First Street Haven. It was a tiny hole-in-the-wall, but the food was fantastic. I got a chicken wrap and a bowl of salmon chowder that would keep me nourished for the rest of the day.

Laura wanted to get up into the Olympic National Park, but didn’t want to do the standard drive up to Hurricane Ridge. She found another road into the park along the Elwa River, so we headed that direction. When we got there we found that the road was closed because of washouts, and apparently had been for quite some time. There was a beautiful view of the river, though, and a short paved trail up to Madison Falls.

After a couple of unsuccessful attempts to find a close alternative, we decided to head back to Hurricane Ridge, after all. Clouds were rolling in over the mountains, so the views weren’t as clear as they might have been. It was definitely colder up there, though.

We stopped by the visitors center and I got some stickers for kayaks. Laura decided that the wind chill was more than her fleece would bear, so she stayed in the car while I took a short walk along the meadow trail. A mother marmot was nursing several babies on a hillside, so I took photos, using my camera pushed up to binocular lens for a closer view.

Along the way down we spotted several deer, but no other large wildlife. When we got back down to Port Angeles we still had some time before we had to catch the ferry back, so we decided to head over to the Dungeness Spit National Wildlife Refuge.

On the drive back through Sequim we passed several of the lavender farms. The fields were in purple bloom, but we didn’t stop to take photos. We headed headed straight on over to the coast.

The Dungeness Spit has a county park and campground and a national wildlife refuge. Despite it being late afternoon the park was crowded. We finally found parking and headed to the entrance to the refuge. Laura’s National Park Pass got us in for free, but at $3 per family, I was willing to make that donation.

We took the primitive trail over through the forest to the beach access. The late afternoon light cast interesting shadows through the evergreens and fir trees.

The primitive trail connected with the main paved trail at an overlook for the spit. In the distance we could see the Dungeness Light House, which was a 5.5 mile hike along the spit.

A short paved trail led down to the beach. The tide was coming in, so we didn’t wander too far. As with most of the Washington beaches, this one was littered with driftwood. The waves were crashing more vigorously than on other beaches in the Puget Sound area that we had visited. The sound was compelling, and we just sat and enjoyed for awhile.

It would have been great to hang out here and watch the sun set, but we had a ferry to catch and at least an hour drive to get there. As it was we had lingered longer than planned. Dinner was at a McDonalds in Port Townshend, probably the most expensive McDonalds I’d ever visited. Laura’s Chicken McNugget Meal was over $9, which is crazy.

We got in line for the ferry and once again I eavesdropped as the cars and passengers loaded. Laura was still feeling chilled from Hurricane Ridge so she decided to ride inside. I headed to the upper decks to get some photos of the setting sun.

It was a great day out and about, but it didn’t quite satisfy our needs for a ferry trip. The ferry ride was fairly short, so we think we’ll still do a Friday Harbor excursion sometime soon. Even so, I’d like to revisit this area. I’d love to spend more time at the Dungeness Spit area and Port Townshend looks like a delightful town. I’d love to spend lots more time there. Maybe next time.