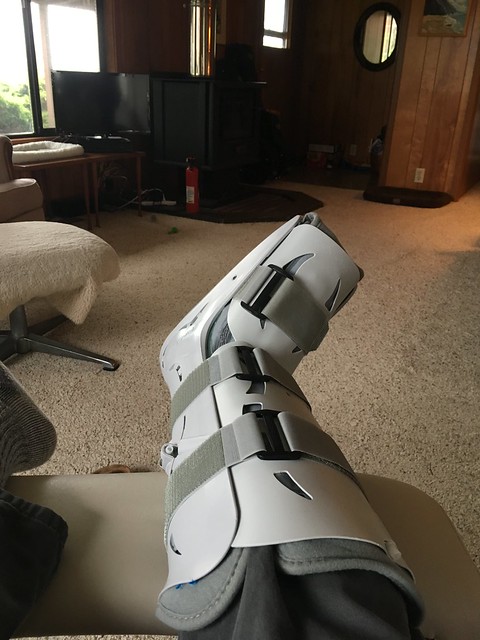 On Black Friday most people go buy excessively large TVs and other electronics. I wound up with something else – a velcro cast boot. This all goes back to our trip to Oregon at the end of October. Laura tripped over a curb and banged up her knees and elbow. Hers was the most obvious and dramatic injury, but apparently I’d done something more subtle and long-lasting.

The Monday after our return I could barely walk. The pain was very much like my last gout attack, but instead of my left toe it was in my right heel. I just assumed it was gout and treated it as such. A large knot developed on the heel itself and the ankle swelled. I couldn’t put on shoes and walking was agony, even with crutches or a cane. 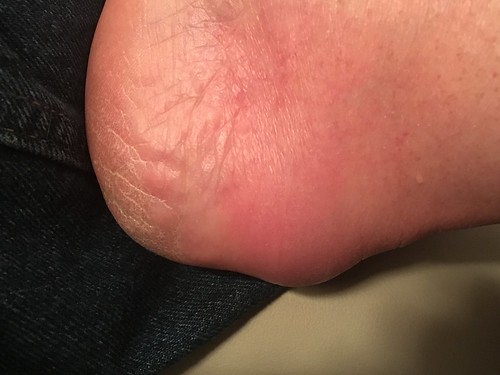 This seemed to be taking longer than regular gout to get better. I chalked it up to location. The heel gets more direct downward pressure when walking. I used the cane and wore sandals with socks (gasp!) and it seemed to get better. Last week I even resumed walking the dogs with the next door neighbor.

Earlier this week the pain came back and I seemed to be back to square one. I was worried that it was something more than gout, so I made an appointment with Duff’s doctor. He confirmed that it wasn’t gout but that I had injured my Achilles tendon. The cast boot is supposed to keep the foot immobilized while the heel heals. He told me to keep off of it.

That means I’m going to be out of commission for a couple of weeks. With this thing on the right foot I can’t drive while wearing it. I don’t think I’ll be doing many photo explorations for awhile. Kayaking is definitely out.

The frustrating thing is that right now the swelling is down and I can walk without pain while not wearing the boot. The doctor said that this was the most dangerous time because I could injure it again and have to start all over. I guess I’ll listen to the doctor. I’m not cancelling events on my calendar – I’ve got a couple of jam sessions coming up that I don’t want to miss. However, unless Laura is driving I don’t think I’ll be doing an impromptu treks.

We did take one trek yesterday. I had to get some prescriptions filled, so we took the opportunity to explore the flooding along the Skagit River. Over the past couple of weeks the snow level had dropped to the 4000′ level. This past week it was warmer and was raining at the 8000′ level and below.

All of that melting snow had to go somewhere. There was flood damage in the communities of Hamilton and Lyman upriver. The water almost crested the levees in Mount Vernon proper. Fortunately the river was on its way back down as we drove over the I-5 bridge and the bridge in Mount Vernon. The parks on the west side of the river have no levees and were flooded. 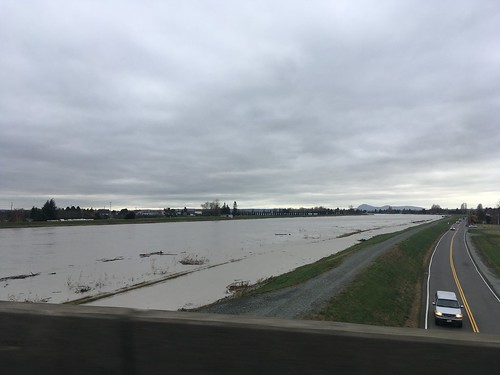 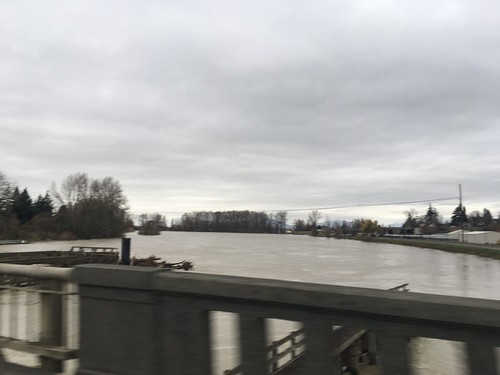 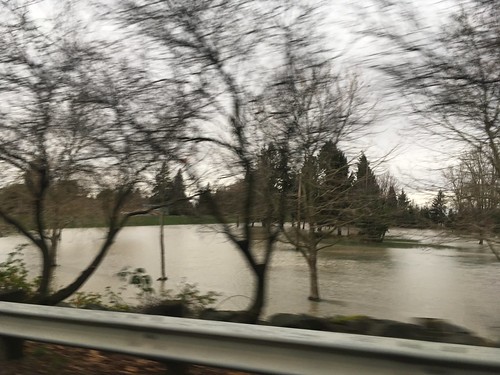 Right now I’m sitting with my foot propped up listening to the Furman-Elon game. It’s hard getting used to the games starting so early with the time difference. I’m trying to follow my doctor’s orders and try not to overdo it, but it’s hard not to jump up when Furman does something right. 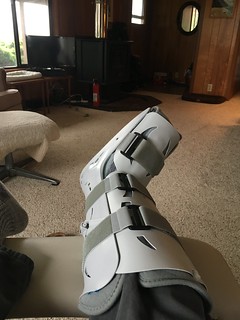 One thought on “Out of Commission for a Bit”