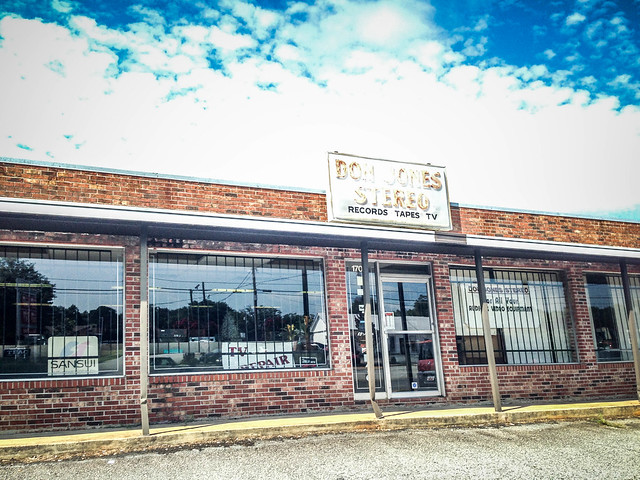 Our television gave up the ghost. While it was a fairly modern hi-def LCD TV, by today’s standards it was quite small. We still hold to the old “TV as furniture” ideal, and kept it in a cabinet in a corner. This was actually a design decision, as we have picture windows overlooking our back yard and lake, and didn’t want a large TV interfering with that view. Perhaps it got jealous of the big new TV in our newly remodeled basement. Who knows? The upshot is that on Wednesday I found myself heading out to buy a new one.

Of course, this got me reminiscing about televisions in our throw-away society. It seems like we’ve only had this TV a couple of years, but the way time is flying, I’m sure it’s been more than that. Back in the day television was furniture, and quite a luxury item, at that. We didn’t get a color TV until I was in my teens. There was only one in our house, and not multiple screens as we have now. And we tended to keep them a long time, repairing them ourselves as needed, or farming it out to experts.

My dad was notoriously hard on TVs. There were no remotes, so getting up and turning a dial was the only way to change channels. And change them he did – frequently. My father could watch a dozen men slaughtered in an old western gunfight, but if a single curse word was uttered, a bit too much female flesh shown, or any strains of that devilish rock and roll heard, he would bounce up and whip the dial around. I remember that on most of our TVs you had to change the channel with a pair of pliers because the dial itself had been ripped off.

All these thoughts ran through my head as I headed toward our local big box store for a replacement TV. Yet, I was still stuck on the old ideal of actually being able to repair old equipment. That’s when I remembered the one remaining old school stereo store in town – Don Jones Custom Stereo. I decided I had to pay it a visit before heading to the blasphemy of Best Buy.

Don Jones has been selling stereos in Greenville since 1946. It’s been in this location as long as I can remember, yet I don’t remember ever stopping in. As the big box stores killed off so many specialty shops, somehow they managed to find a niche and survive. Don Jones now specializes in custom installations, high end audio gear, vintage gear, and repair – all things you won’t find at the big boxes.

I walked in the door and was greeted by Mark Spencer. We chatted a bit, and I found out I could get my 30-year old Technics turntable repaired here. I took his card and made arrangements to do just that next time I was by. I asked, and was given permission to browse around a bit. The showroom floor has nothing but vintage gear. One of the first things I spotted was the same model of stereo combo my dad had bought for me one Christmas at J. C. Penny on Main Street in Greenville. That stereo got me through high school and college. The whole visit was like that – floods of nostalgia as I spotted old pieces of gear I recognized – stereo gear owned by friends or relatives, or that I drooled over because I couldn’t afford it. 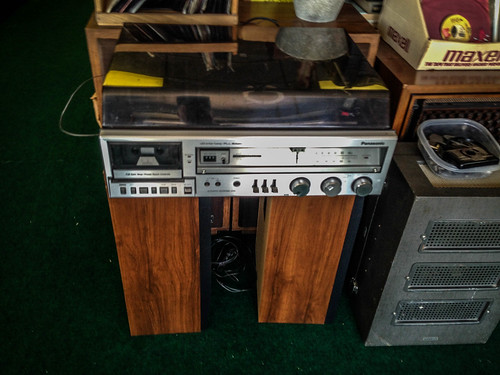 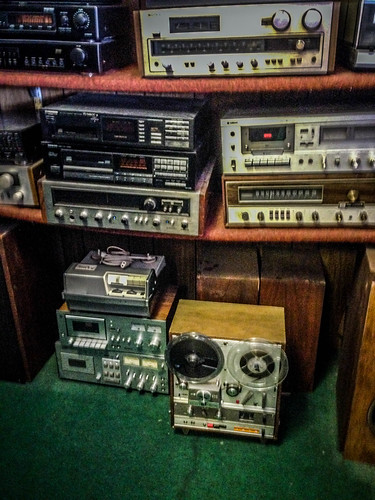 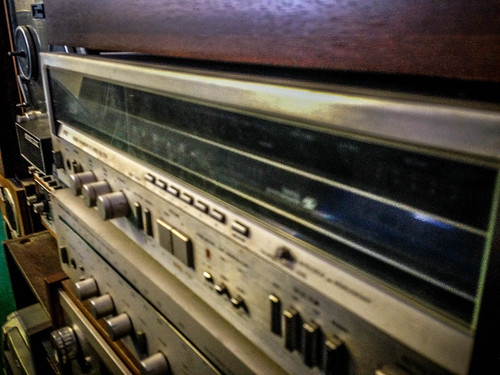 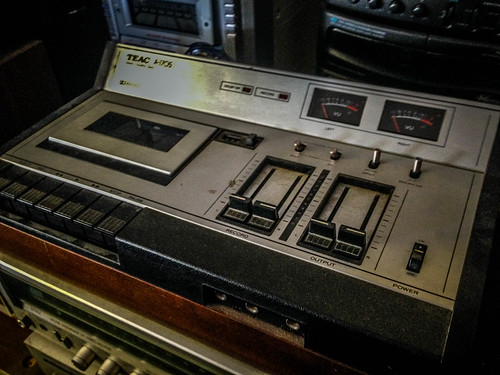 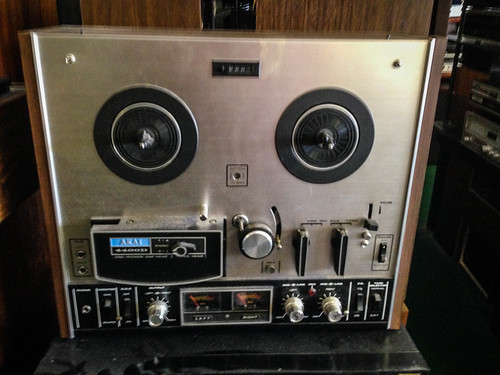 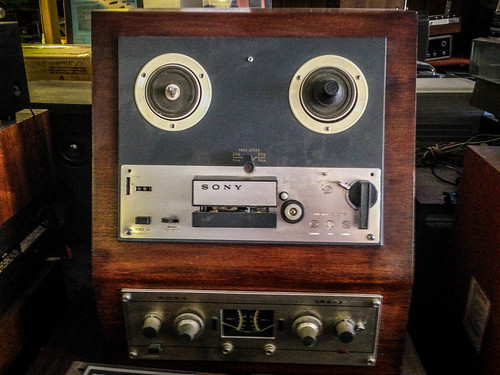 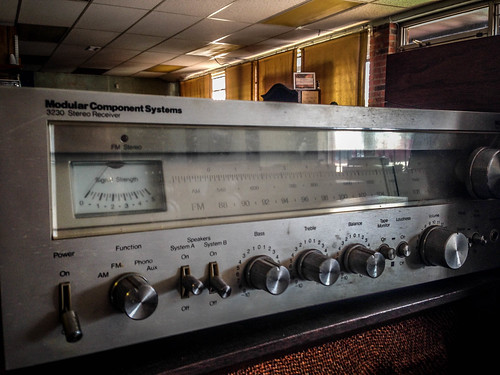 There were lots of reel-to-reel sets, as well as vintage turntables. I was also amazed at the number of 8-track players. They even had 8-track tapes. 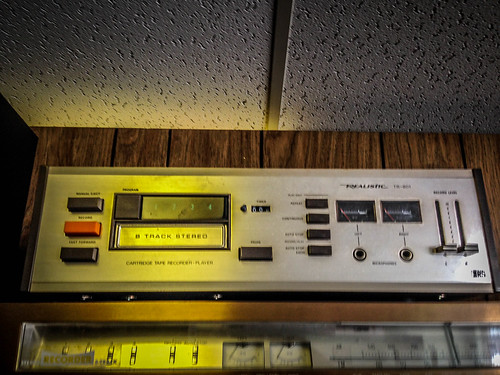 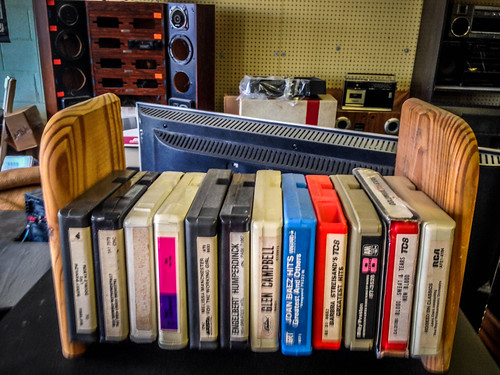 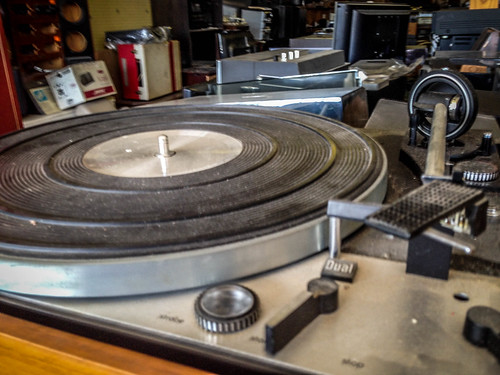 I saw a few power amps, pre amps, mixers, equalizers, and other specialty gear such as oscillators and oscilloscopes. It was fun to spot some of the off-beat, dated “futuristic” designs from Bose and Bang and Olafsen. There also a few very old record players and cabinet units. 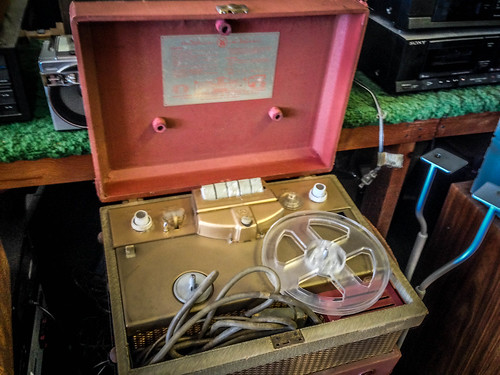 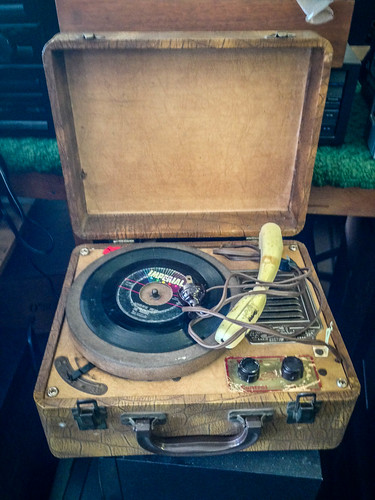 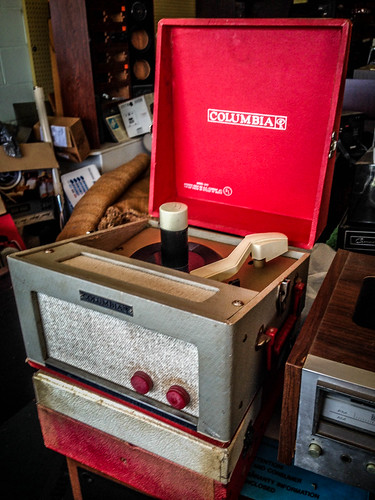 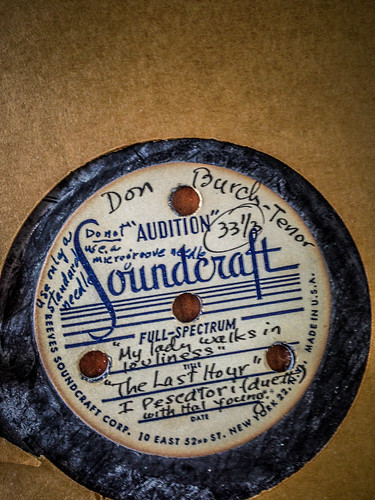 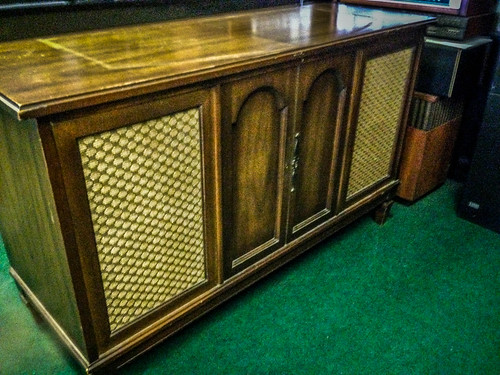 I asked Mark about some of the equipment, specifically whether or not folks buy some of this gear to update them with modern components. He said that occasionally someone will do that with the cabinets, but most purchase the equipment for the vintage sound. 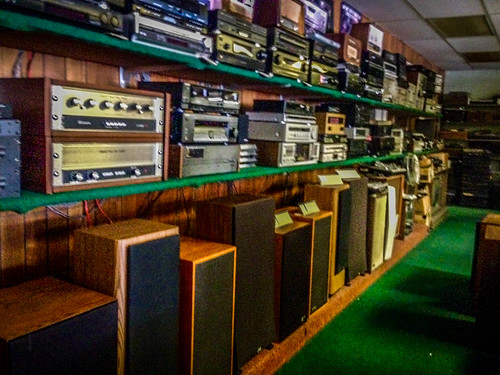 I resisted the temptation. I would have loved to have bought a complete vintage system, but I’m not sure what I’d do with it. I’ve already got too much stereo gear. Even so, I could imagine that some movie prop master would have a field day in here, getting gear for some period piece.

It was a great visit, and I kind of hated having to head to the dreaded big box for the new TV. Alas, they didn’t have anything that would work for our needs. However, I will be back with something to repair, and to help keep them in business.