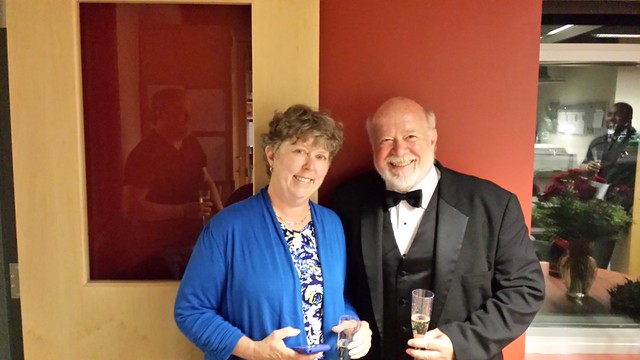 As a follow-up to my “too busy to post” post, thought I’d explain some of the goings on that I couldn’t discuss prior to the events. In that previous post I mentioned that Furman Commencement and the Greenville Chorale Concert were scheduled for the same time. What I didn’t mention was that I was supposed to be at both of those events.

Here’s the deal – Laura won the Meritorious Advising Award for Furman University this year. The award recognizes professors and administrators that have worked with students in planning their coursework throughout the year. In 2009 Laura had won the Meritorious Teaching Award. Now she has received both of Furman’s top honors.

I got the call from the dean’s office a couple of weeks ago. They notify families so that they can attend the commencement ceremonies. Last time we were able to get Laura’s sister, Amy, to come up. This time there were far too many conflicts for everyone. I wracked my brain trying to figure out how I was going to get there. Could I just do part of the concert? After all, we were repeating it on Sunday.

In the end, I brought in Laura’s friend and colleague Karen as a co-conspirator. I had flowers sent to her home, and bought champagne for afterwards. Karen would sneak those into Laura’s office…somehow.

With those plans in place, I went ahead with the concert. It was a madhouse with Artisphere happening this weekend. Stephen, Keith, and I had our traditional pre-rehearsal breakfast at Soby’s on the Side. The rehearsal went well, and we even had a couple of minutes to walk through some of the artists booths out on the street.

The concert itself went very well. There were a few glitches. I chalk some of that up to Maestro Tchizvhel’s impossible tempi, and our difficulty in following his beat. We received standing ovations, and a glowing review from Paul Hyde. Everything came together quite well.

Prior to the concert I was trying to stream the graduation ceremonies on my iPhone. I was only able to watching a bit of it before I had to go on stage. 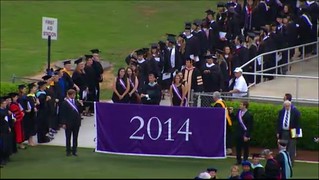 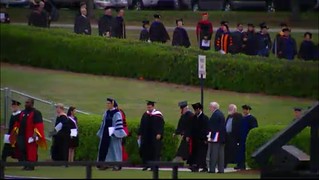 After the concert I dashed out the door, found my car, and broke speed limits to get up to Furman. Just as I was walking to the car I got a text from Karen saying that the ceremony had just ended. I pulled into the Furman parking lot just as Laura was walking up. The timing was perfect. We had a champagne toast with several of her colleagues while we waited for traffic to clear. 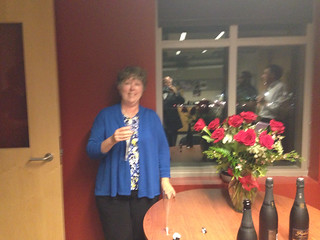 The award completely caught Laura by surprise. She had no idea she was receiving it until her name was called. For her previous award, she got suspicious when her sister conveniently showed up that same weekend. This time, the conflicting concert schedule and everything else completely threw her off. It was perfect.

Sunday’s concerts also went well, but by the end we were dead tired. Somehow I managed to call my mother for Mother’s Day, but it was only a quick chat. On Monday things got back to a sort of normal schedule. Laura headed out of town for several days for a training session since she will be taking over as chair of the chemistry department in July. I’ll be doing more photography and work on my book. I’m hoping I don’t have to be in multiple places at once for awhile.

One thought on “Momentous Weekend”