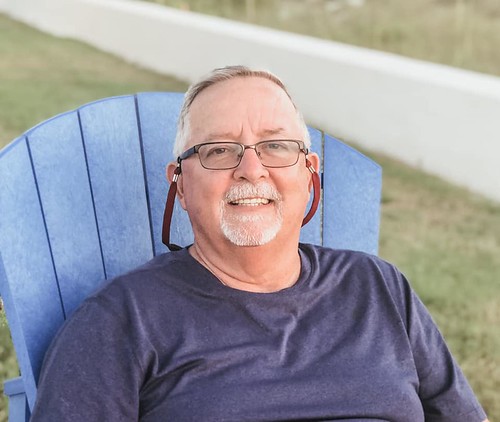 This past week my brother-in-law, Jennings Putnam, passed away from complications of COVID-19. His passing on August 31 was sudden, and left our family with a profound sense of loss.

Jennings was a native of the Warrior Creek area near Gray Court and attended high school at Gray Court-Owings while my father was principal. There he met my sister, Susan. They date through high school and got married the summer after their graduation. 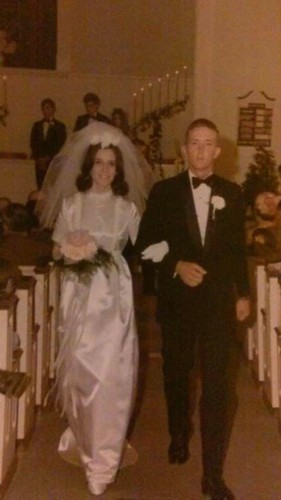 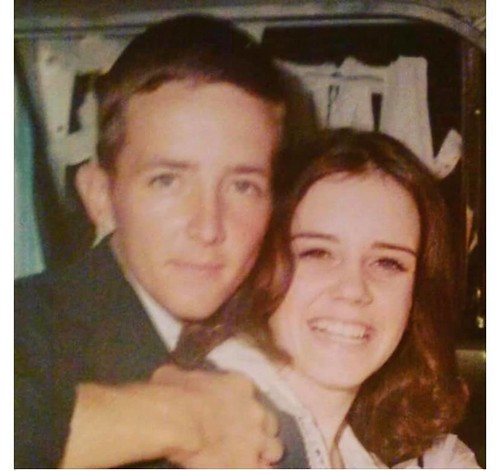 Jennings and Susan settled into a house near the Putnam farm and Jennings entered the South Carolina National Guard while working at the Rudolph Penland Company in Gray Court. While there he got me my first job in the machine shop, where I worked while I was in high school. 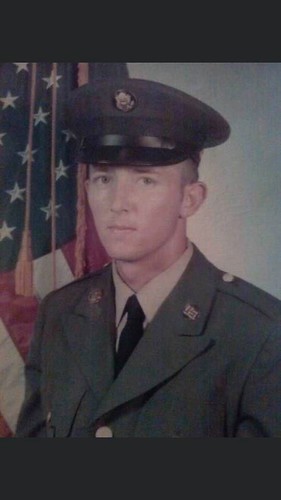 Jennings didn’t stay at Penland. He was called into the ministry and completed a degree at North Greenville and eventually earned a doctorate of theology from Mid-Atlantic Seminary. Jennings pastored churches in Fountain Inn, Andrews, Heath Springs, and Spartanburg. His last pastorate was Calvary Christian Church, which he founded in 2000.

Jennings’s greatest love was his family. I looked back through all of my photos and I could only find few of him by himself. Most of my photos are of him with with my sister, Susan, with his daughters, Shay and Julie, or with one or more of his eight grandchildren. 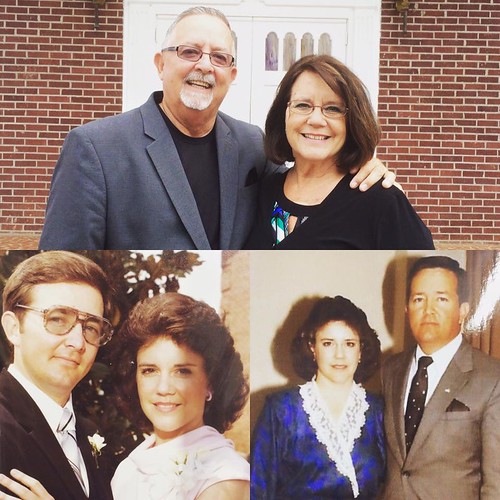 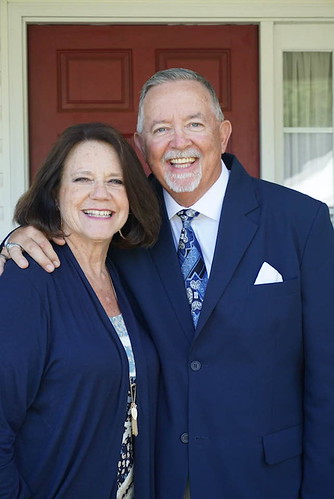 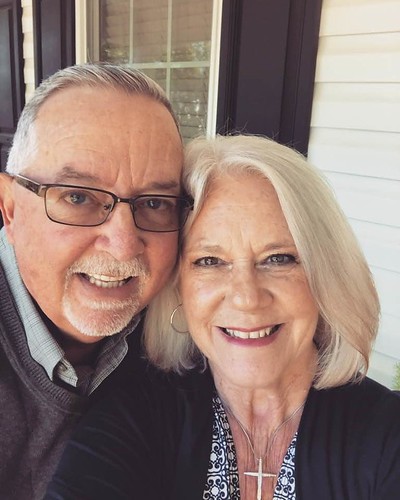 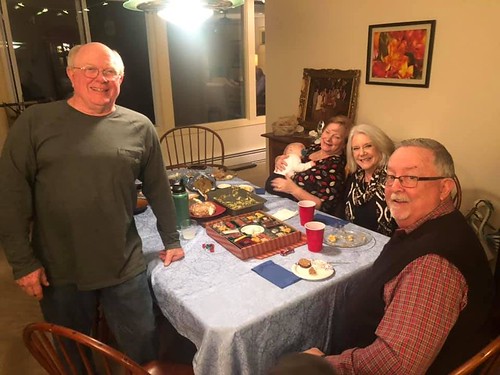 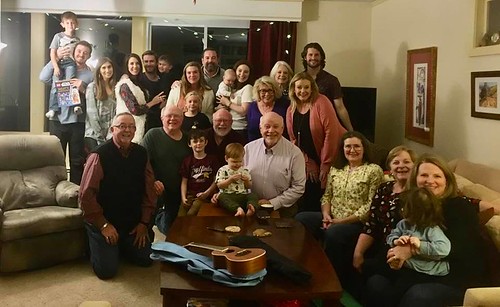 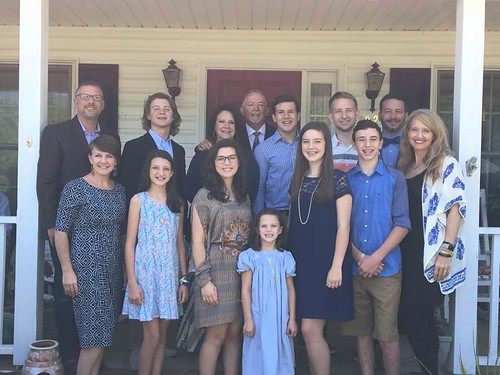 This photo is from his last birthday back in March. This photo, along with most of the ones posted above, were taken by members of his family and downloaded from Facebook.

Sunday, August 30 was Susan and Jennings’s 49th wedding anniversary, making his passing on the 31st all the more tragic.

Here is a link to Jennings’s obituary.

INMAN, SC- Adored husband, daddy, papa, pastor, and friend, Jennings Putnam, is now worshipping at the feet of Jesus and his faith has become sight. He passed Monday, August 31, 2020 at Spartanburg Medical Center.

He is survived by his wife of 49 years, Susan Taylor Putnam; his oldest daughter and son in law, Shay Putnam Kemp, David Kemp, and their children, Joseph Kemp, Miriam Kemp, Benjamin Kemp, Lydia Kemp, and Elizabeth Kemp; his youngest daughter and son in law, Julie Putnam McNeely, Jarrett McNeely, and their children Alex McNeely, Jonathan McNeely, and Caroline McNeely. Jennings is now reunited with his family that went before him: his father, James Edwin Putnam, his mother, Nell Ruth Bolt Putnam, and brother, Gerald Putnam.

Jennings’ love for Jesus was rivaled only by his endearing and sacrificial love for his wife, daughters, and grandchildren. A minister of the gospel for over 40 years, he was the same whether behind the pulpit or riding his golf cart around Stonebridge Campground in Maggie Valley with his dog Patches. He had served as pastor to the congregations of: Durbin Creek Baptist Church, Fountain Inn, SC; Piney Forest Baptist Church, Andrews, SC; Flint Ridge Baptist Church, Heath Springs, SC; Peach Valley Baptist Church, Spartanburg, SC, and Arcadia First Baptist Church, Spartanburg, SC. At the time of his passing, he was pastor of Calvary Christian Fellowship which he founded in 2000. His passing leaves a gaping hole in the lives of those that love him and every atmosphere where God had called him to serve, but we cling to the legacy of faith that he leaves and trust fully in the God he faithfully served.

The funeral was held last Friday. Due to concerns over COVID-19 I did not attend the service inside the church, but I did go to the graveside service. Here are a few pictures from the service: 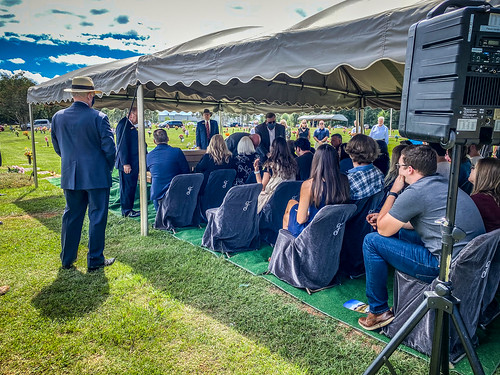 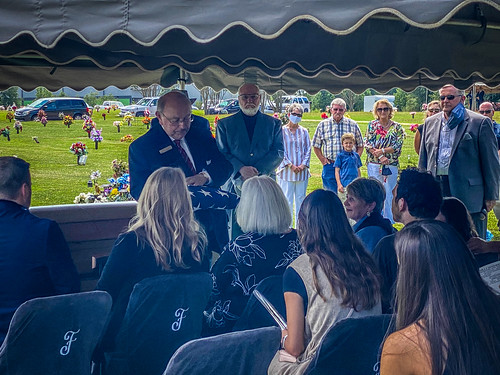 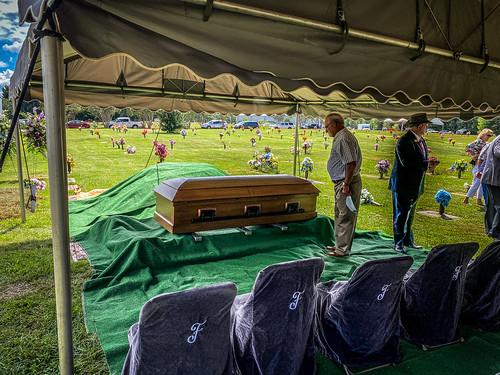 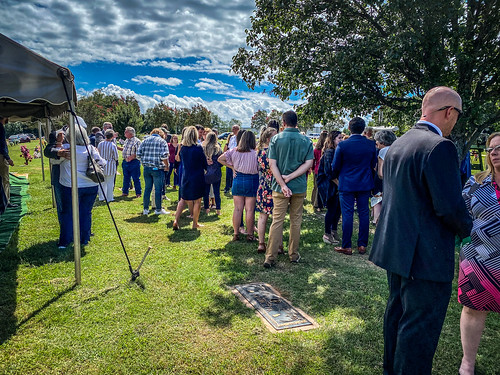 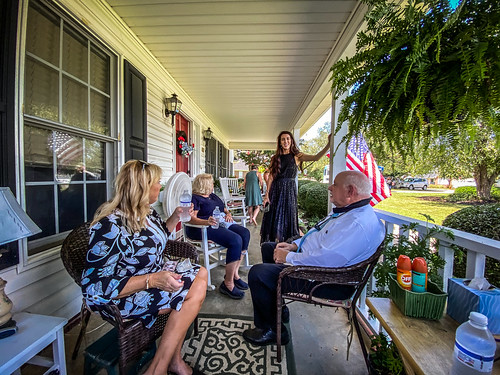 Jennings will certainly be missed, but we know that we will meet again some day.