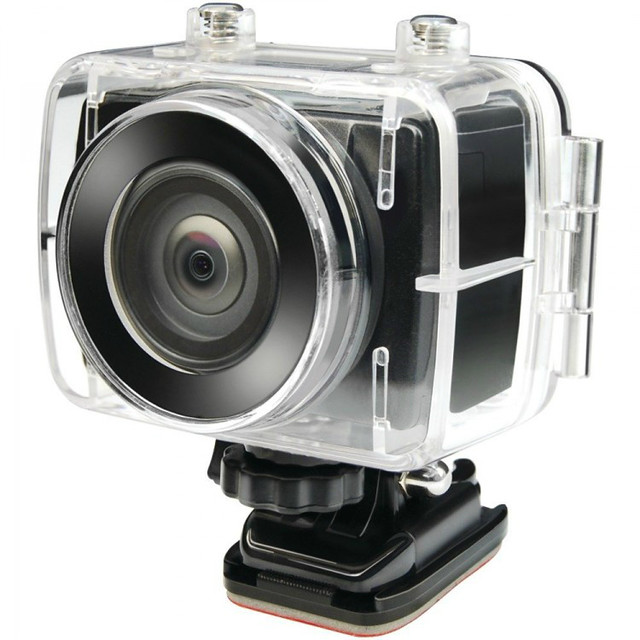 Before Christmas I wrote a post with some things to consider if you wanted a GoPro. There are some other options out there. With the success of the GoPro, other companies are putting forth their point of view cameras. And, of course, with the success of GoPro come the imitators. There are lots of fakes and look-alikes on the market. Some of these look good – others, not so much.

This line of inquiry got started as the result of one of my suggestions in that previous post. Some of the best, least expensive accessories for the GoPro can be found on eBay. However, that doesn’t necessarily hold true for the cameras themselves. Someone had asked me about a particular mount, so I went on eBay to see if there was an option. My search didn’t turn up a mount like we wanted, but it did return a bunch of Chinese GoPro knock-offs.

At that price I was ready to buy several of them and mount them all around and under my kayak. However, when I clicked through I noticed this little detail. The price may have been five bucks, but shipping was nearly $60, from New Jersey, no less. 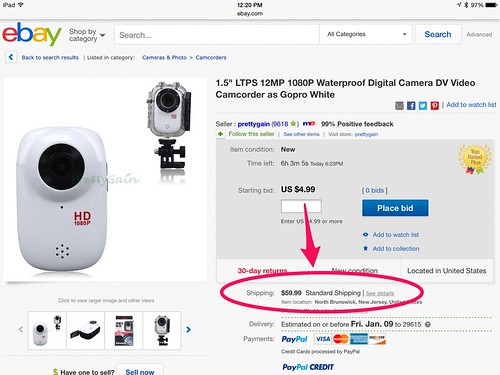 So much for that idea. There was another with more of a GoPro shape for $12. I wondered if the same bogus shipping charges would be found here. Yep. Turns out it’s even the same company. 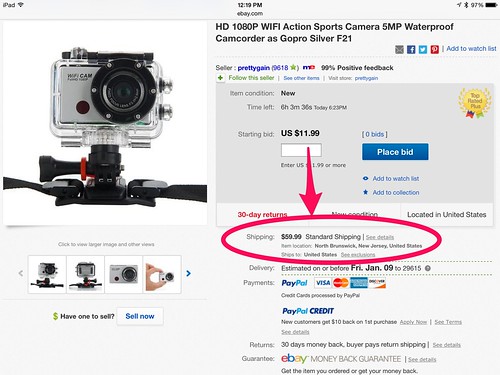 Not all of the cheap knock-offs are bad, though. I found one for $65 that has free shipping. While I won’t buy a dozen of these and stick them all over my kayak, at that price you could get one or two. 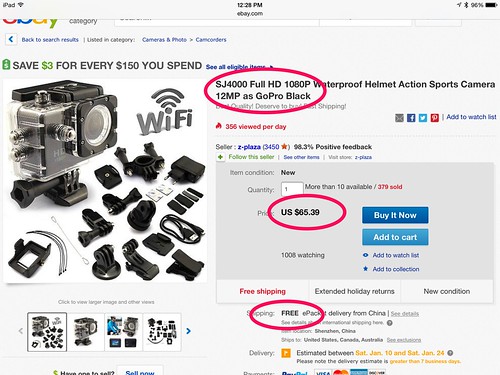 However, even here you have to be careful. The SJ4000 was/is an OK camera. It’s not broadcast quality, like the GoPro, but it will do decent video for amateur use. Unfortunately, it seems that the company that made these didn’t trademark that name, so even cheaper cameras with the “SJ4000” name started popping up – a Chinese knock-off of a Chinese knock-off. The old “copy of a copy of a copy” starts to come into play here. The company did trademark the “SJCam” name, and that name appears on genuine (can there be a genuine of a copy?) SJ4000s. The genuine cameras go for around $100, still quite reasonable. I suspect the one in my image above for $65 isn’t genuine.

My advice? I think this is one case where you get what you pay for. Sony, Panasonic, Epic, and others make good decent cameras that perform about as well as the GoPro. If you’re looking for an alternative to GoPro, some of these are less expensive, but don’t expect to be paying sub-$100 prices. Personally, I think I’ll stick with my GoPro.

UPDATE: Here’s a great video review comparing the SJ4000 with the cheapest GoPro currently available. The video is rather long, so you may want to skip toward the middle: