We drove down the beach through the community of Charleston. Unlike our Charleston in South Carolina, this was a small fishing village with a large marina and several restaurants. One had the word “bacon” displayed prominently on its roof. We drove through the marina to look at the boats.

Eventually we reached Bastendorf Beach and entered the park. We drove on in and found a parking place where we could walk out onto the beach. There were a few people gathering for the evening sunset, but it wasn’t crowded. 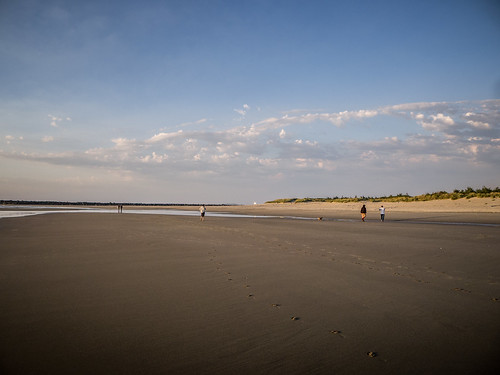 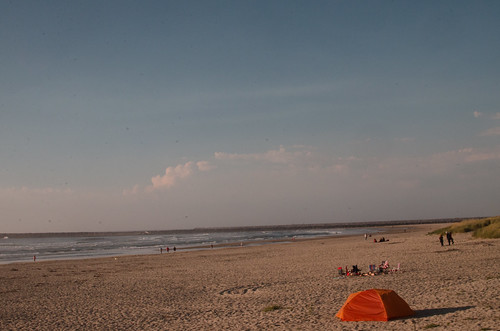 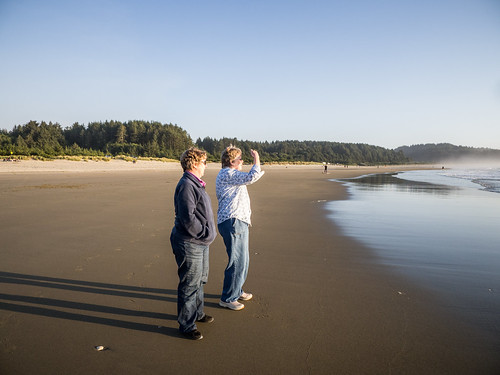 To the south we saw a lighthouse. I assumed that this was the Coquille River Lighthouse we had seen yesterday. 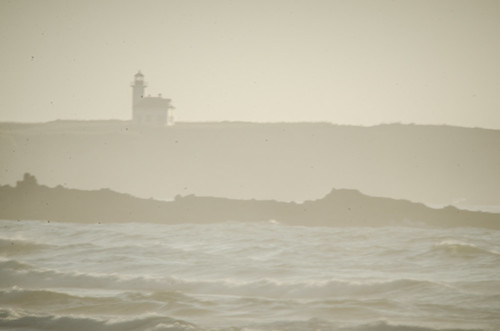 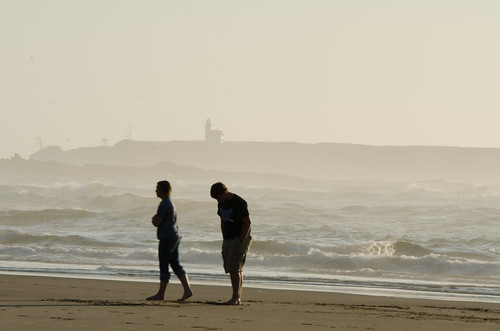 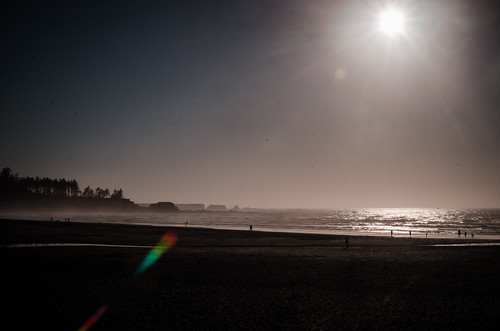 Aunt Ellen said that it couldn’t be Coquille. We were too far north. She and Laura continued walking along the beach, then headed back to the car. I hung out on the beach, watching several surfers take to the waves in the golden light of the setting sun. 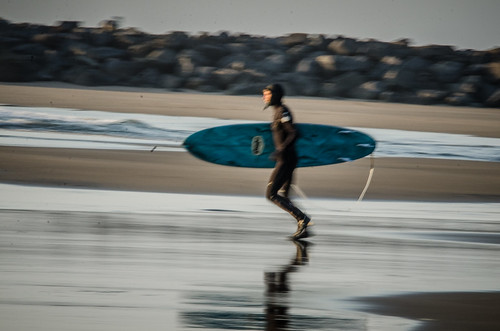 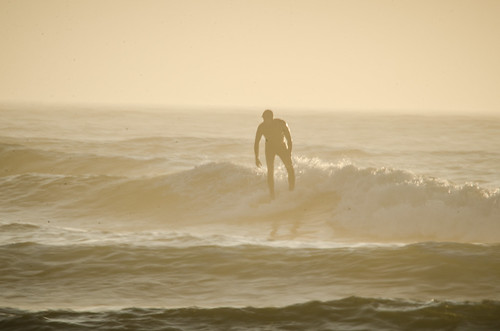 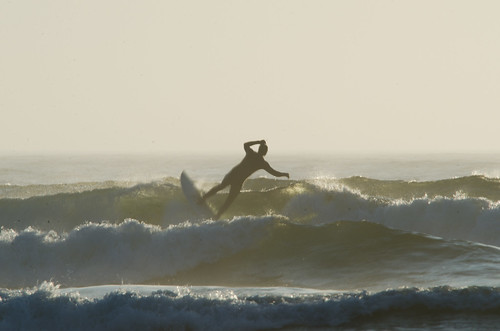 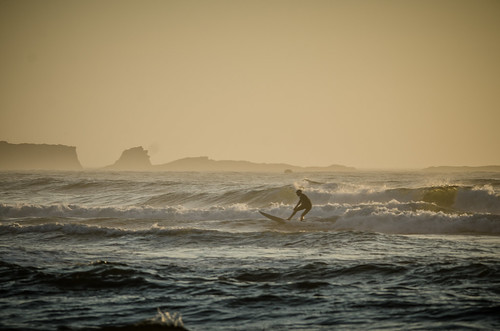 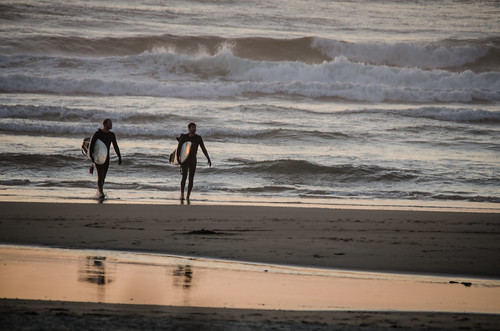 I joined Laura and Aunt Ellen back at the car, retrieving my tripod from the trunk of the car. I waited at the top of the dunes as the sun set. 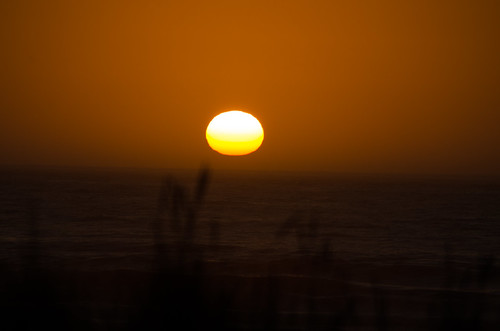 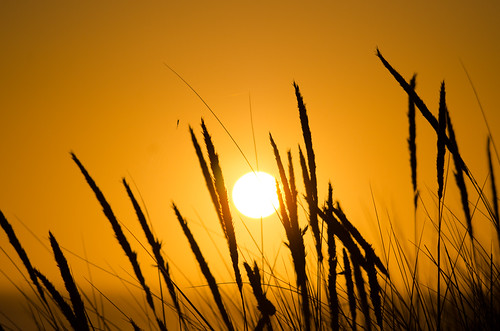 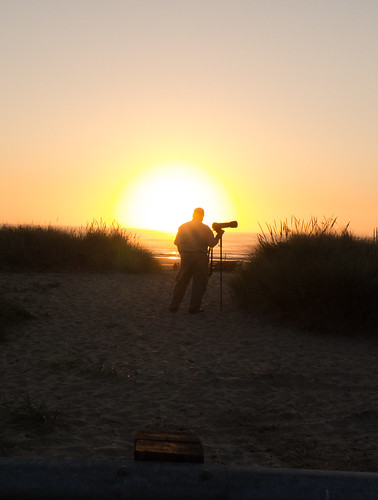 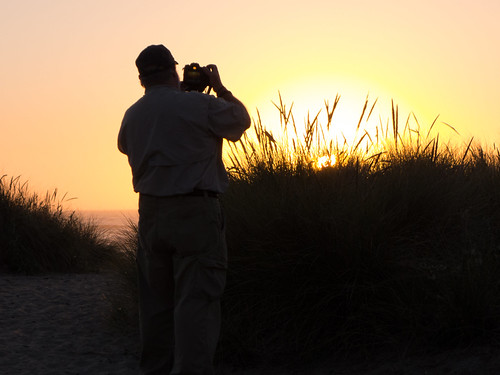 I kept snapping as the sun set. I was able to catch the “green flash”, but it wasn’t at the very end of the sunset. Rather, it was while the sun was still half visible. I was watching for something different after the sun set, and didn’t actually see this until I was processing photos. 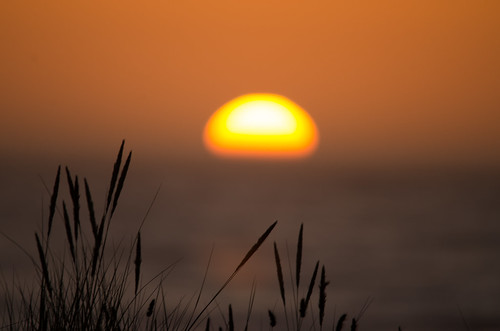 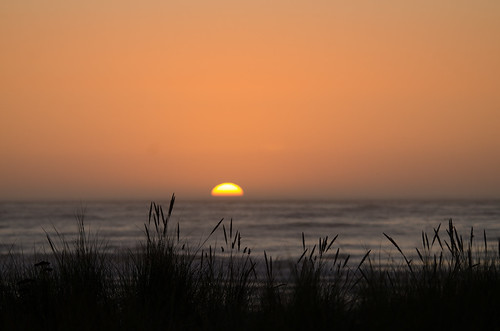 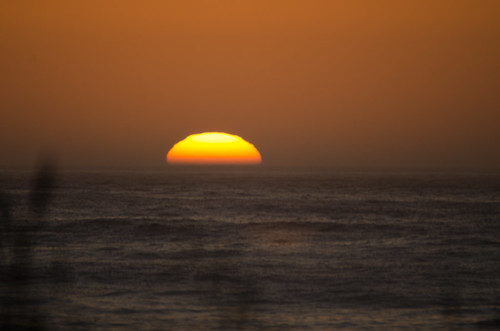 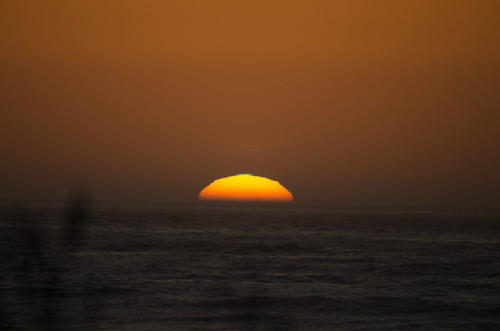 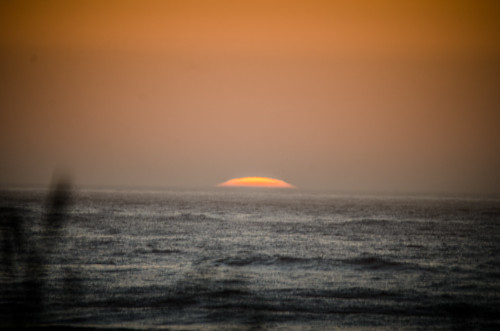