Friday morning was a beautiful day, and I was ready to get out and explore. I had an extensive trip planned for Saturday, so I decided to stick to something local. I had spotted that a new boardwalk had opened at the Cancer Survivors Park on the banks of the Reedy River, so I decided to check it out.

I drove downtown, taking Church Street across the bridge and over to its intersection with University Ridge. I could see the top of the boardwalk, but no way to access it. There is a business near the access, but it was clear that I couldn’t park there. Neither was parking allowed at Sirrine Stadium. I’d need to find another spot.

I found one. The parking area at the Greenville Chamber of Commerce building on Cleveland Street didn’t look like it had any restrictions. Plus, it was mostly empty. I pulled in. 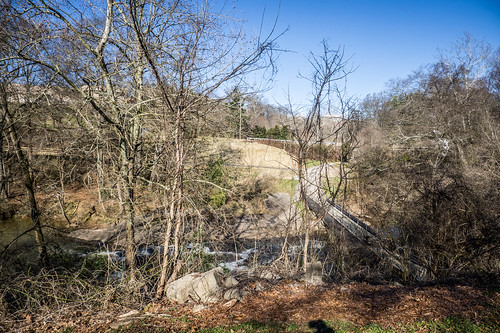 I looked for a way down, but didn’t see one immediately at the Cleveland Street Bridge. I’d seen that the Swamp Rabbit Trail was closed at the bridge, but I was seeing folks jogging and biking underneath. Across the street was a set of steps leading down to the trail, so I decided to head that way.

There was a backhoe and barricades, but the SRT was open. I spotted one set of phantom stairs and wondered where they might have gone. 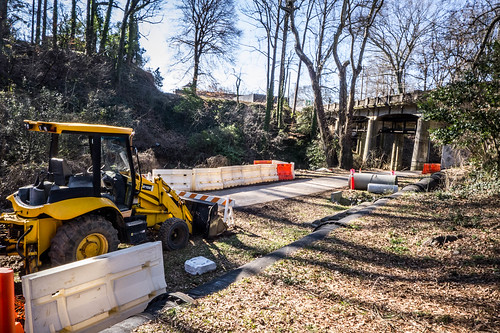 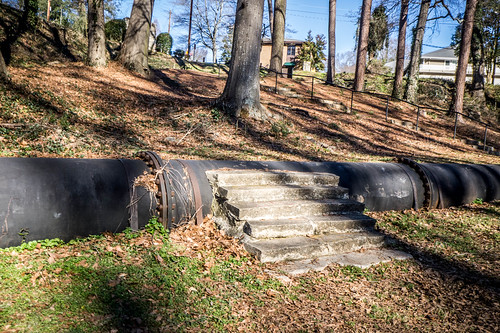 Under the Church Street Bridge and along the trail, I looked back up at where I had parked. The way I came down was the only way down to SRT. However, embedded in the bank above the trail were bits of brick and old masonry. I wondered what had occupied this sport one time. I have have to check the historical aerial photos. 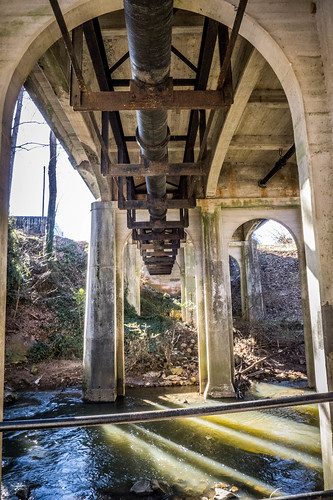 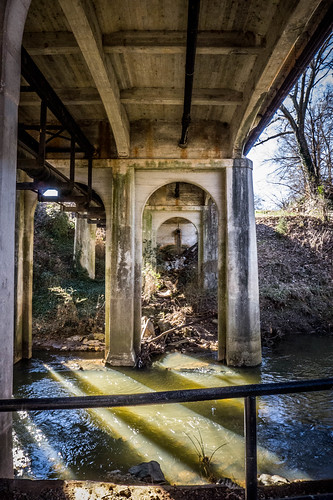 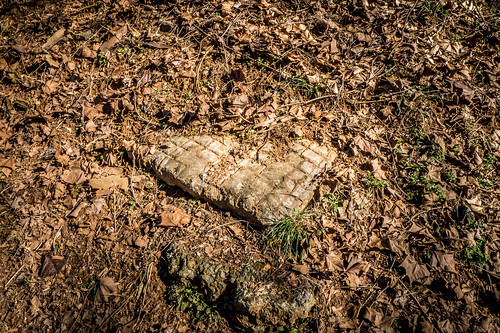 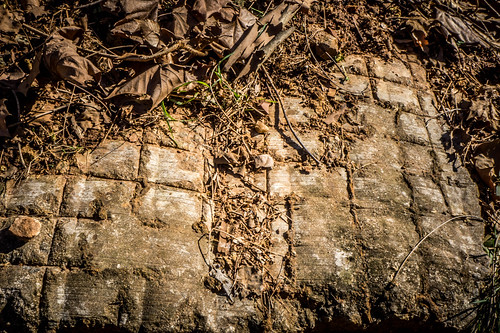 On around the corner I had more views across the river of the new boardwalk. 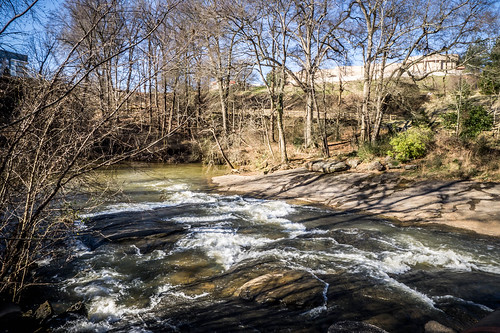 Across the river, and the other end of the “cheese grater” bridge there is a sign showing the proposed park. The boardwalk is just a small part of it. There will be other paths and gardens occupying this space. The old bridge will be replaced with something that looks like the Liberty Bridge further upstream, but on a smaller scale. On the bluff where I had parked there will be a new pavilion area. It should be nice when they get it all done. Here’s the proposed park, courtesy of the park’s website: 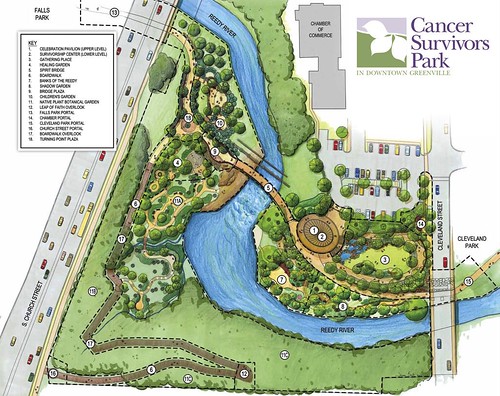 The new boardwalk connects with SRT directly across from the sign. Just a couple of hundred feet along the walkway was a nice overlook. 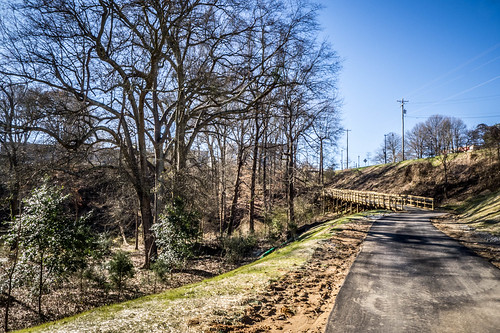 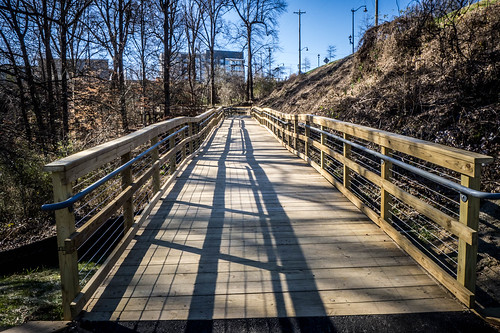 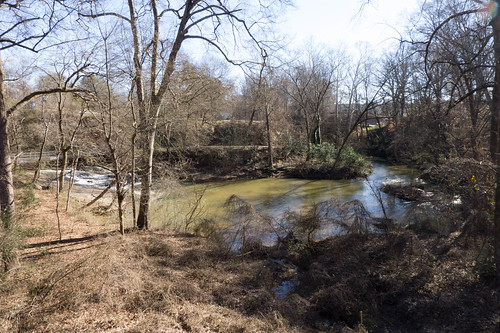 From there the boardwalk takes a dramatic series of switchbacks to get up to the Church Street level. The route is steep, and with all of the cool curves I kept thinking that this would be fun to ride on a skateboard or scooter (although probably forbidden.) With the leaves gone the views across the river are excellent. I have to keep in mind, though, that this view will change as they develop the other park features. 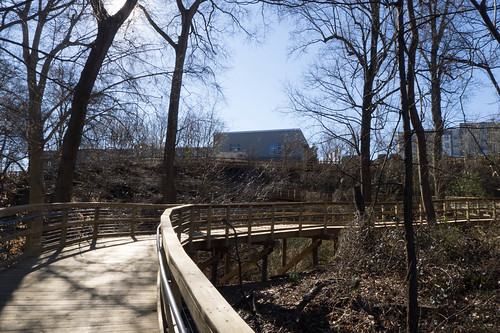 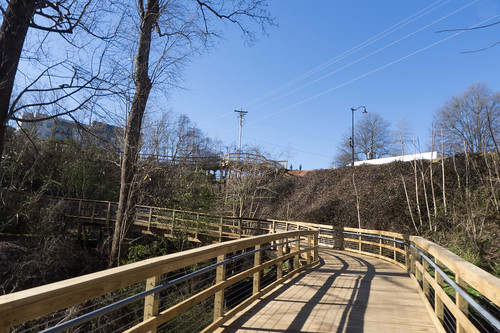 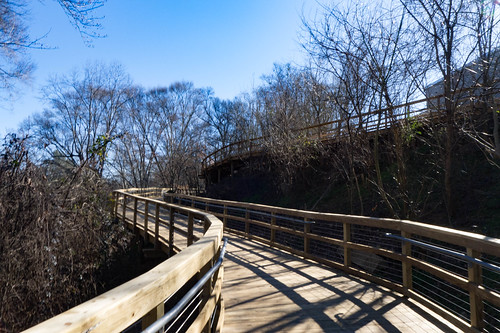 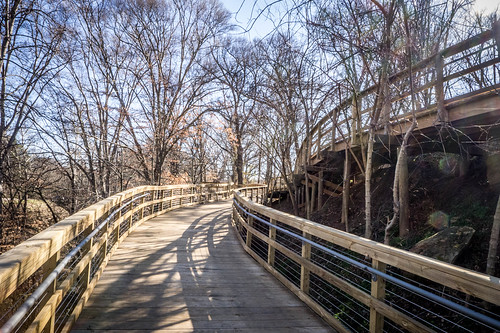 At the last major switchback there is another large overlook with views back across the river and down toward the Cleveland Street Bridge. 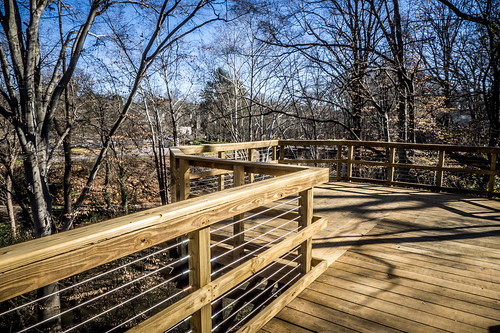 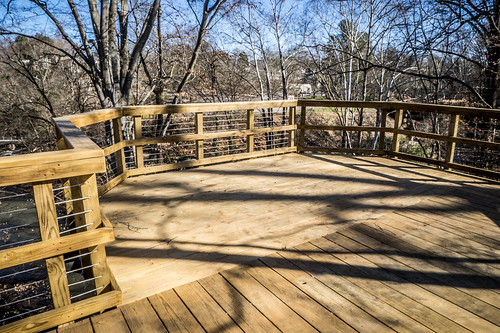 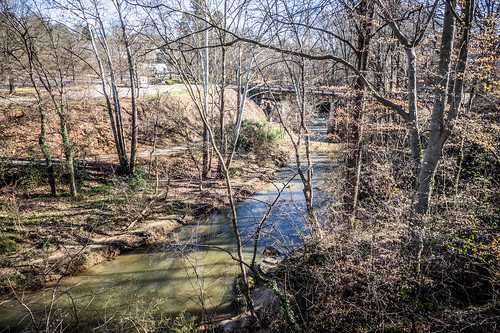 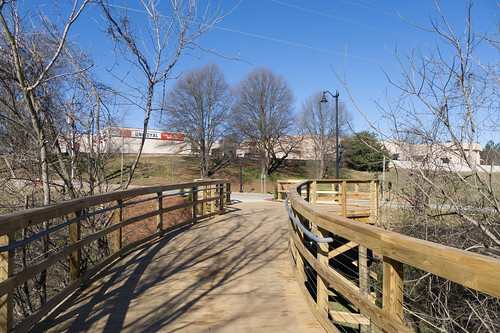 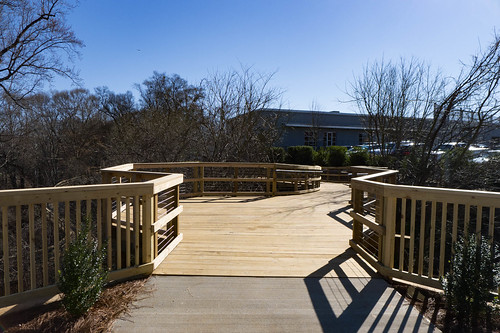 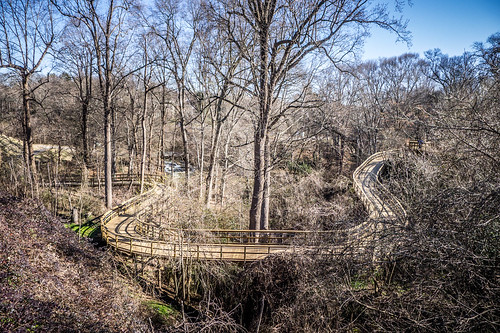 I lingered a bit at the top, then made my way back down and back to my car. I decided to drive on back through downtown just to see what was happening. I did a double-take at one point, and had to stop to take a photo. The Table 301 restaurant group has a new food truck, and they have named it “Highway 301.” I wondered if they knew anything about Highway 301 that runs through South Carolina as The Tobacco Trail. I may have to to send them an e-mail. 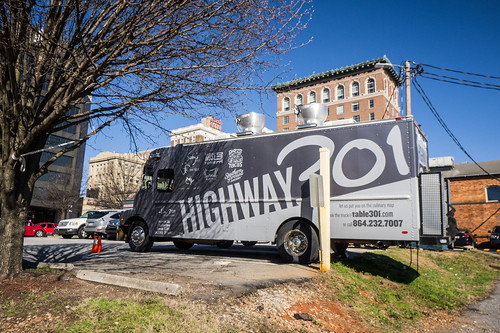 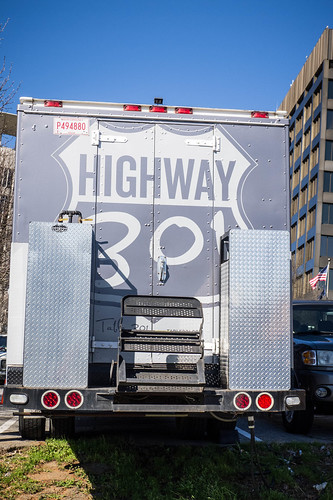 After driving through downtown somehow I found myself on Stone Avenue. I decided to drive past the empty lot where the Allen School once stood. I had taken photos of the old school, as had fellow explorer Mark Elbrecht. Amy Burns had also done an article about revitalization of the building for the Greenville News.

Alas, it was not to be. A couple of weeks ago I had spotted that the building was gone. Nothing but an empty lot remains. 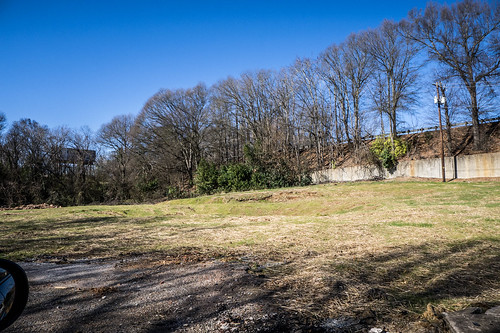 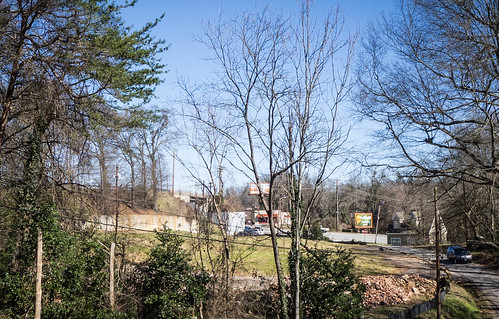 I hated ending the trek on a downer, but at least I have the knowledge that a new park is going up. I’ll be curious to see how they complete it.