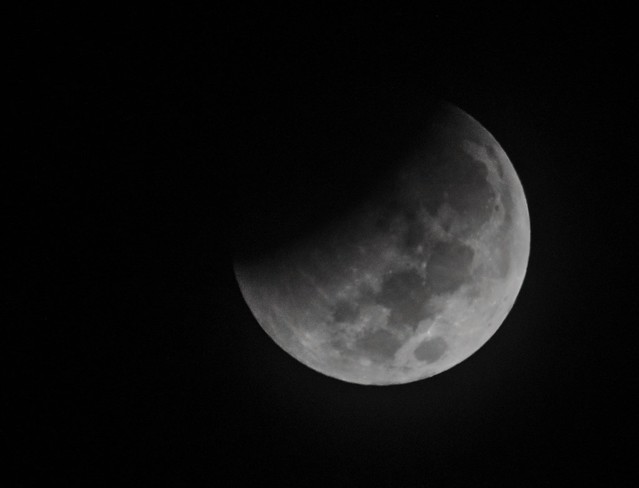 I had grand plans for this morning’s “Blood Moon” eclipse. I had a place all staked out with clear views for moonset and sunrise. I was going to set up a time-lapse with my GoPro, and possibly even one with my D7000. I had my D50 ready with the 500mm lens – I was all set to go.

I knew weather might be a factor. It was raining last night, but it was supposed to clear off by morning. I set my alarm so that I could sneak on out and check weather before committing to an excursion. All the news reports had said that the eclipse started at 6:25 am, so I set the alarm for 5:00, which would give me plenty of time to gear up, head out, set up, and take some shots.

Just one problem…6:25 is when totality starts, not the eclipse itself. That actually starts much earlier. When I went out to check the weather I found that part of the moon had already been obscured. I quickly grabbed my camera and long lens and took the photo at the top of this post. It was a hand-held shot at 500mm.

Now I really had a dilemma. I wasn’t going to be able to get the extended time-lapse I wanted. By the time I got to my shooting venue it would be just about at totality and I would have missed the creeping shadow across the moon. There were other factors – while the skies were mostly clear right then, another cloud bank was coming from the west, and moonset would probably be obscured. Reluctantly, I took a few more shots and watch the moon descend into the treeline of our wooded neighborhood, then went back to bed. I’ll try to catch the next lunar eclipse on April 4, 2015. 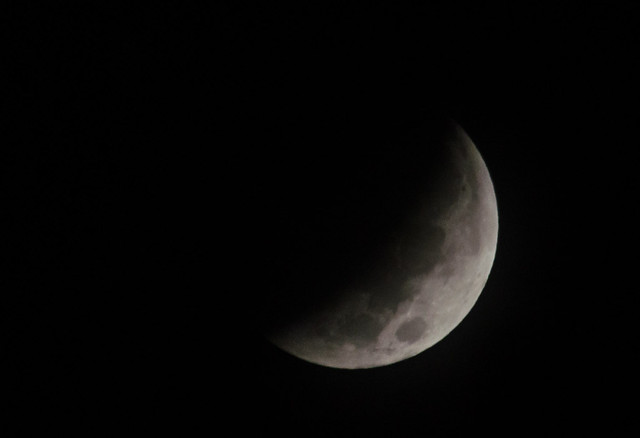