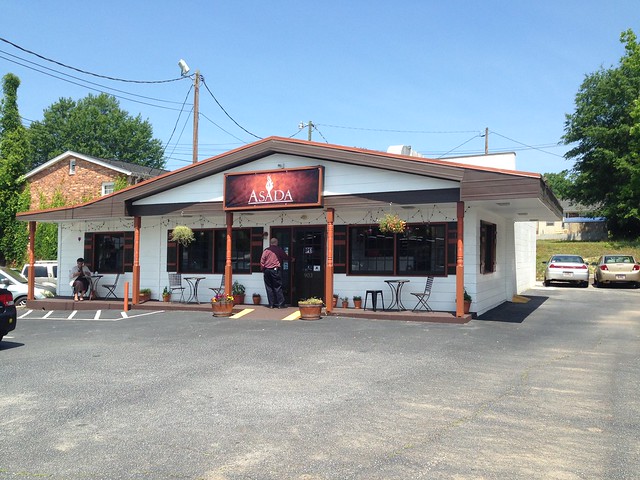 Gina Petti and Roberto Cortez have been operating Asada as a food truck since 2012. They had been seeking a place for a brick and mortar restaurant, first setting up in a corner of Mac Arnold’s Blues Room. When the former Haus Edelweiss building came available, they started making plans to move there. 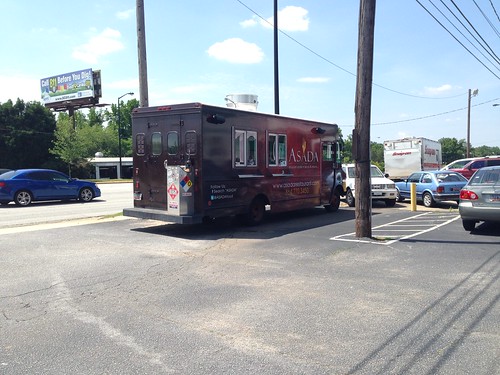 After Haus Edelweiss closed, another group tried to make a go of it. Quite honestly, I don’t think they had what it takes. Cabana started as a catering group. Even if they had great food (which they didn’t), they didn’t have the visibility that Asada already has.

So, with a combination of prior exposure and popularity, here’s hoping that Asada can make a better go of it. The restaurant has been open for a month.

This building has always had a weird layout for a restaurant. I have to wonder if it was originally designed as such, and would love to know its original purpose, if not as a restaurant.

Asada has not changed that layout. There are the same three small dining areas with a limited number of tables. However, in this new incarnation orders are placed at the counter, then patrons get their orders when their number is called. 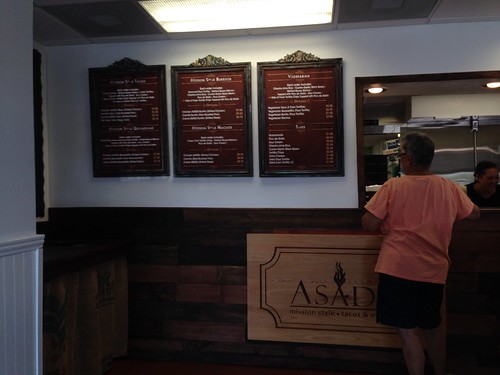 The decor has been spruced up a bit. Abstract paintings hang on the walls. Turns out that these are by co-owner Roberto Cortez. They are, of course, for sale. 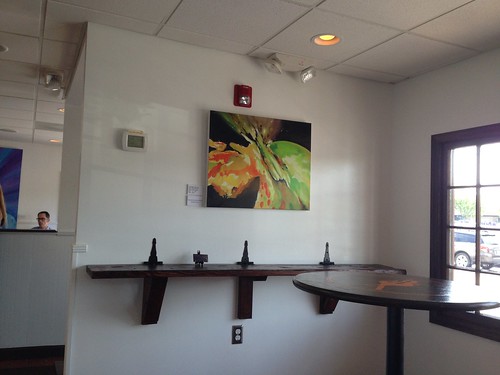 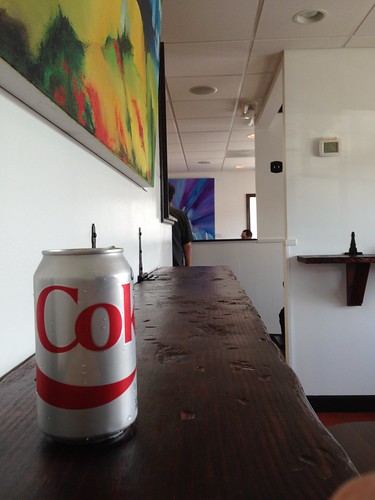 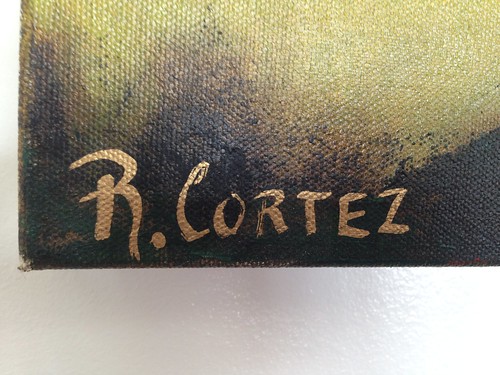 I arrived for lunch early. Even so, there were lots of patrons there, and there was a constant stream throughout the meal. Most of these are working folks from various businesses nearby.

Following the food truck paradigm, simplicity is the key to efficiency. Actually, the menu looks a bit like those at Moe’s or Salsarita’s. There are tacos, quesadillas, and burritos that can be selected with chicken, pork, or steak. There are also vegetarian options, as well as some specials. 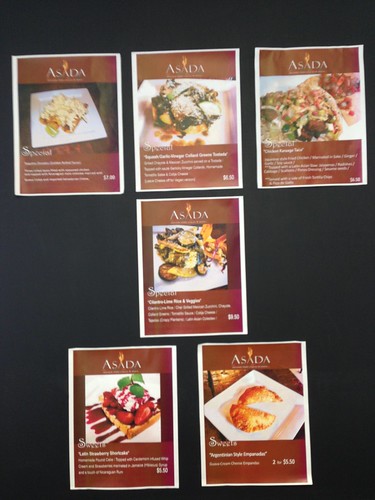 These hover in the $7-$10 range for most items. There are also a couple of dessert options.

Drinks are a bit problematic, at least for the time being. They only have cans and bottles of soda, or water. They do allow brown-bagging, at least until they get their alcohol license.

I ordered a chicken quesadilla. It arrived in a paper basket, and wasn’t anything like I expected. In fact it didn’t look a quesadilla at all – more like an open-faced sandwich on a tortilla, with a side of chips. 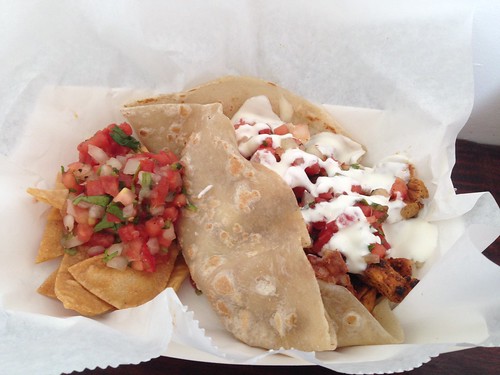 Apart from the non-standard design, it was absolutely delicious. The chicken had excellent flavor, and the cheese wasn’t your run-of-the-mill Monterrey Jack. It was of a much higher quality, and quite tasty.

There were a couple of yellow and red bottles of condiments. I decided to add a bit of the yellow, thinking I had selected the milder of the two. Boy, was I wrong. It REALLY kicked up the heat level, but had great flavor. Even so, it wasn’t beyond my tolerance, and I was glad I hadn’t ruined my meal. I’m not sure about the red, though.

This is basically a two-person operation, so there was a bit of a wait for the food, but it wasn’t too bad. There is no wait services, per se, but Gina would deliver orders to tables when their numbers were up. Despite the limited number of employees, things seemed to be going smoothly.

The food was excellent. It’s a bit pricey compared to other burrito, taco, quesadilla joints, but the quality of food is also high above those locations. I’d definitely like to try one of their specials.

I hope Gina and Roberto don’t become victims of their own success. First, I think they need more help (if they don’t already have it, and I just didn’t see it.) Secondly, as much as I would love to see something successful in the old Haus Edelweiss, I think they might have already outgrown this venue. By the time I left cars were already parking in the old Colonial Inn property a couple of doors down. It was that busy. 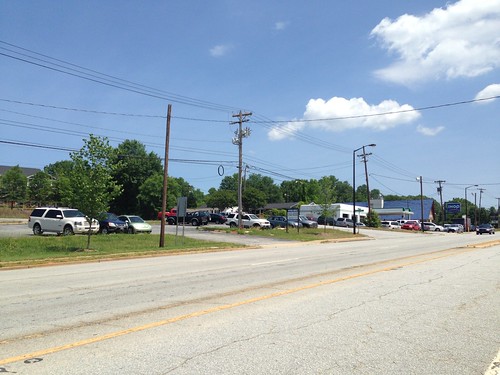 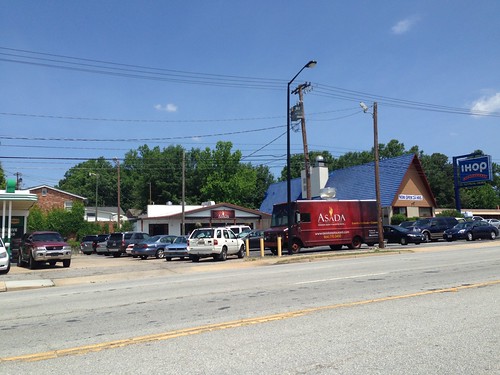 At least, I think they were there for the restaurant – I’d never seen cars parked there before. (UPDATE:  Saw the same cars a couple of days in a row.   I think it’s just overflow parking from the auto garage next door.)

Still, Asada is definitely work checking out, and I hope that they do succeed with their brick-and-mortar endeavor.