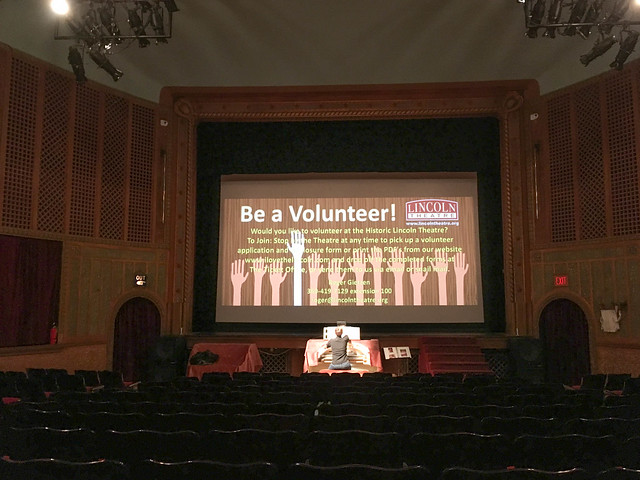 The Lincoln Theater was built in 1926 as a vaudeville and silent film theater. According to their website, while many period theaters were being constructed with Egyptian motifs, the Lincoln used Spanish themes. 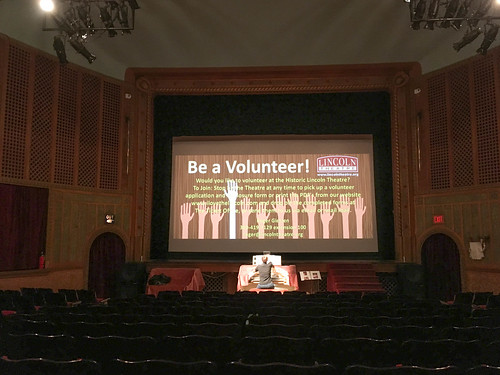 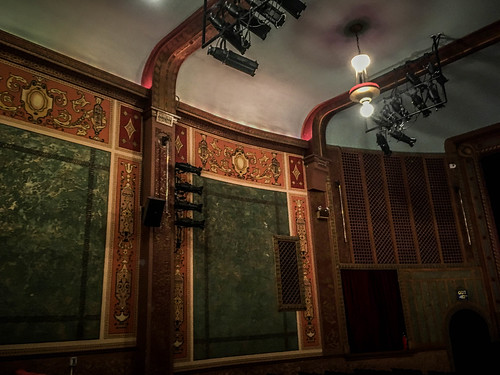 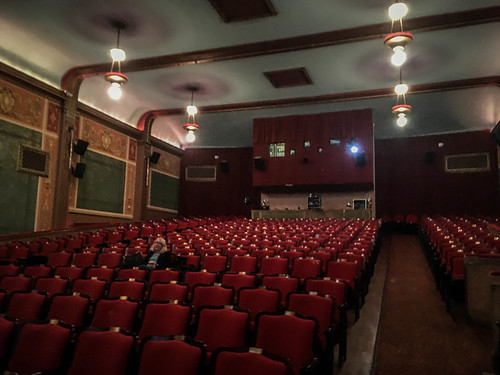 The theater has 480ish seats and sports an original Wurlitzer organ (more on that in a bit.) In the 1980s restoration was begun on the Lincoln, and in 2013 the projection system was converted to digital so that modern films could be shown.

This was my first visit to the Lincoln. Laura, however, had been here before. She had brought her mom to see several movies at the Lincoln when she would come up to visit her mom on Samish Island. The Lincoln hosts concerts and performances throughout the year in addition to film. On Sunday they were doing a Sound of Music Sing-Along, and later in the year they would host Marc Cohn, the Blind Boys of Alabama, and Paula Poundstone.

We arrived early, which gave us a chance to look around. Right in the main entrance was a concession stand. Entrances to the theater were to the right and left. There are also two small rooms off of the main entrance with fronts onto the street. To the left is the Art Bar, which features local artwork and serves alcohol at certain events. To the right is a gift shop and what looks like a DVD rental place. I couldn’t really tell.

As opposed to modern multiplexes, the concessions were VERY reasonable. We got a couple of very good cups of coffee for $1.50 each. We took our cups and headed on in. As we entered the theater a signboard said that Katie Moyer would be playing the Wurlitzer this evening. I was intrigued. Prior to my visit I didn’t even know that the Lincoln had a theater organ.

Once we took found our seats I had to go explore the organ. Katie had arrived and had begun to get the organ set up for her performance. I walked down and chatted with her, not knowing exactly what to ask about the instrument. 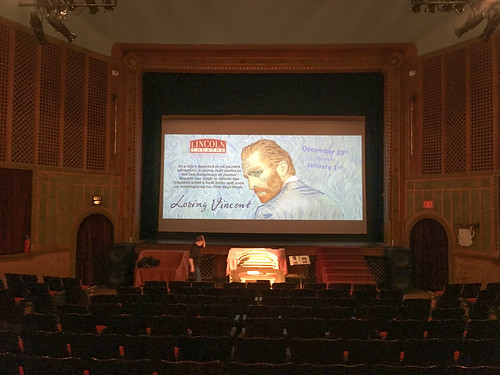 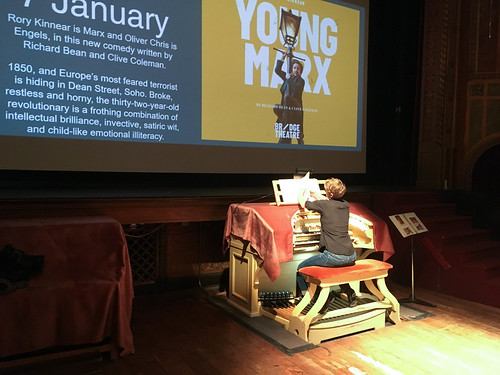 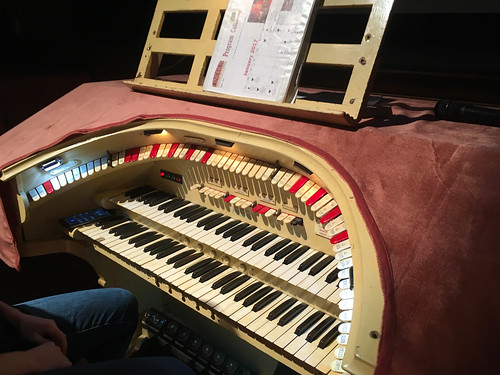 Other patrons began filling in and Katie started her pre-show concert. The first piece sounded like a traditional organ prelude I’d hear in any number of churches. I was a bit disappointed. However, she soon shifter to pop music, including the Beatles, Procol Harem, and other classic rock pieces. The organ registrations were brilliant, including some of the classic Wurlitzer vibrato and zimbelstern. The high point of her concert was a rendition of Strauss’s Beautiful Blue Danube Waltz. Here’s a bit of her playing Paint it Black by the Rolling Stones.

I had to find out more information about the organ, so I checked their website when I got home….

Of the 98 Wurlitzer organs remaining in their original theatres in the U.S., the Lincoln Theatre’s Wurlitzer is one of only two 2-manual, 7-rank D-2 Full Unit Orchestra models. The Lincoln Wurlitzer features seven ranks of pipes, an original Wurlitzer remote piano, and a complete sound effect system for silent films, including beats, castanets, drums, cymbals, glockenspiels, and marimbas, as well as a set of silver chimes mounted on the auditorium’s painted columns. A portable console is used when the main console is covered by the stage extension. This unit controls the same pipes as the original console.

I could just imagine a silent film accompanied by the array of sound effects from the organ.

After Katie Moyer’s concert another theater volunteer got up and made a brief introduction about the film, then we settled in to watch it.

Vertigo is indisputably one of Alfred Hitchcock’s masterpieces. I’ve seen it many, many times. However, in the current climate of widespread sexual harassment claims the movie takes on a whole new tone. It always struck me as creepy, but seemed especially so on this viewing.

Detective Scottie Ferguson first stalks, then has an affair with a married woman. To add to the creep factor, the young wife is half his age. Later in the movie he encounters a woman he thinks is a stranger and tries to make her over in the image of his earlier love. This bit of dialog elicited audible gasps and comments from the audience:

Judy: Couldn’t you like me, just me the way I am? When we first started out, it was so good; w-we had fun. And… and then you started in on the clothes. Well, I’ll wear the darn clothes if you want me to, if, if you’ll just, just like me.
Scottie: The color of your hair…
Judy: Oh, no!
Scottie: Judy, please, it can’t matter to you.

It can’t matter to her? I almost wish I could watch this movie with fresh eyes. Was it Hitchcock’s intent to illicit such an audience response? It would be interesting to know how 1958.

Vertigo is inextricably linked to San Francisco. As I watched the movie I thought about photographs I had taken from some of the same places in the movie. First there was the old San Francisco Mission and cemetery… 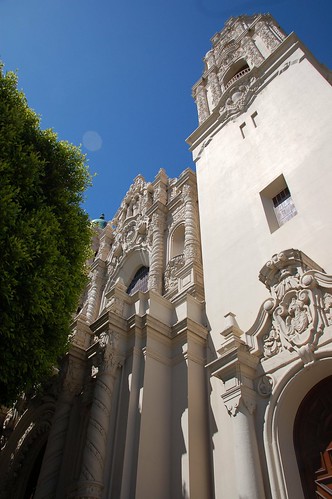 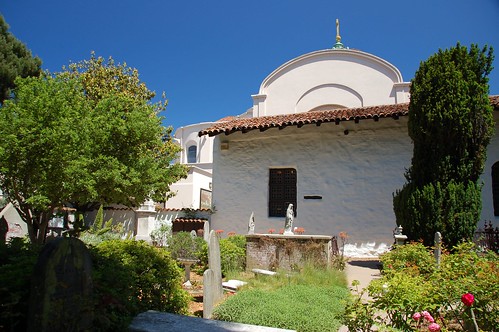 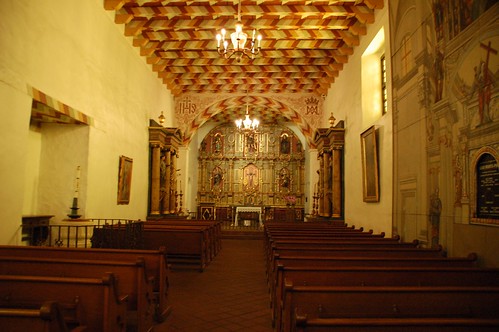 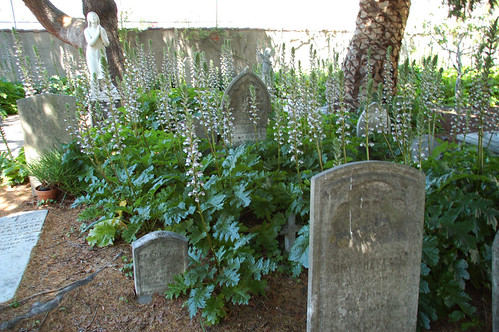 There was Muir Woods… 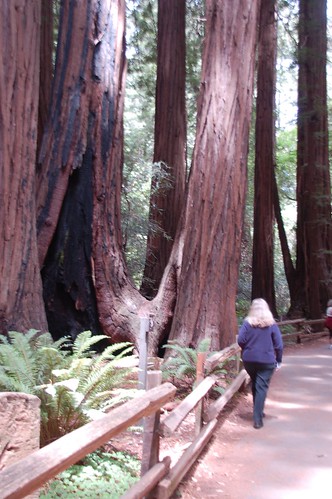 …and the Mission of San Juan Bautista. 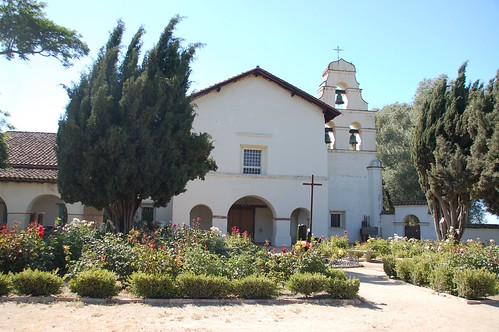 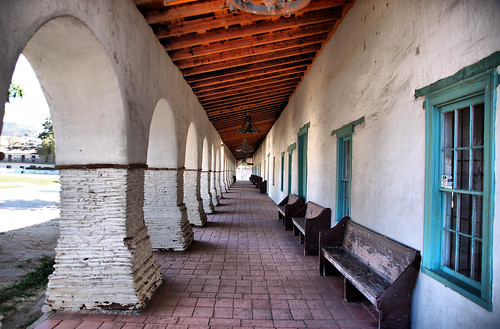 They added a bell tower to the mission that never existed. This is the actual bell tower. 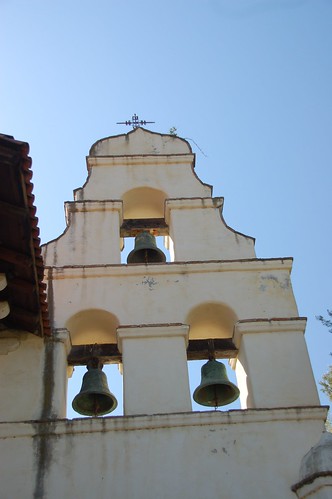 Here’s the livery where Scottie and Madeline shared a kiss… 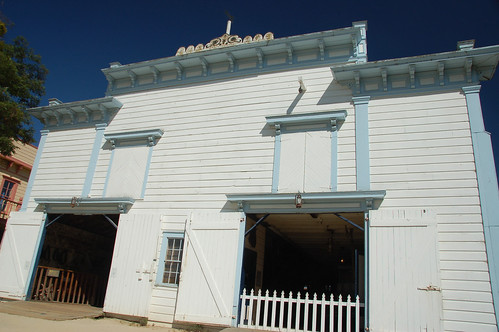 …and here’s the hall where they held an inquisition into the death at the bell tower. 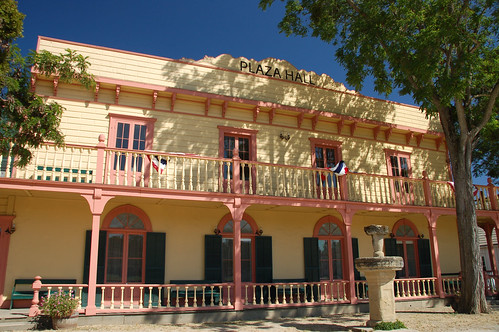 Despite the creepiness it was a great evening. Now that we know about the Lincoln I’m hoping that we can attend other shows there. 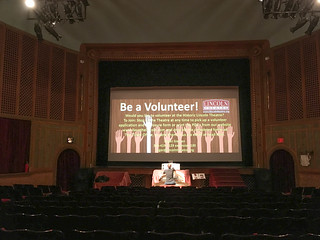