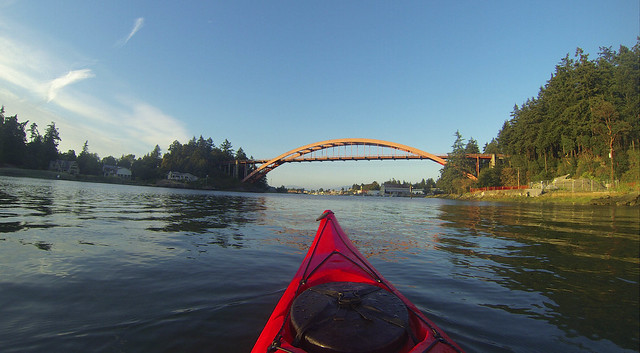 The Hole-in-the-Wall is notorious among sailors. It’s a narrow opening between two cliffs that separates the Swinomish Channel from Skagit Bay. The currents can be strong and tricky, the wind howls between the rock faces, and the tides can be extreme. Add to that an old rock breakwater with its own tricky hole-in-the-wall and siltation from the Skagit River, and you get a recipe for a paddling trip not lightly attempted. Yet, that’s just what I did, and I had a blast doing it.